Chinese economy predictions and forecast for 2017 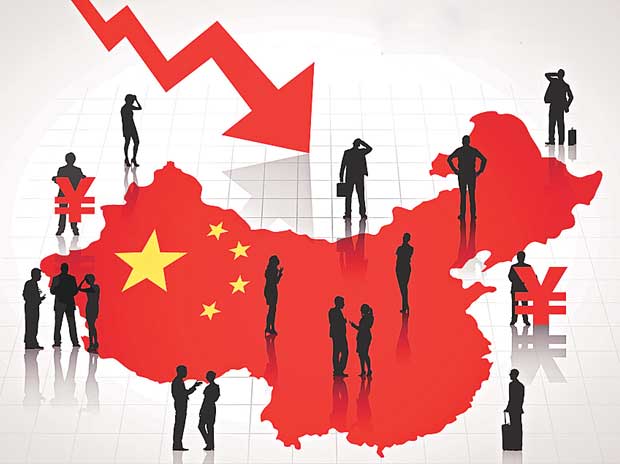 Being the second largest economy in the world, the Chinese economy has a huge impact on the global economy. As an example, most stocks and indices around the world decreased in early 2016 due to China’s economic slowdown. Now that we’re almost a third of the way into 2017, it is high time we looked at the Chinese economy to determine how other markets will respond. For starters, let’s look at the previous economic performance.

Past performance of the Chinese economy

2015 was a tough year for the Chinese economy as demand for several sectors including manufacturing and construction went down globally. As much as 59% of China’s GDP depended upon exports, and this hurts its economy. Then, in 2016, the country was pursuing a more domestic economic policy rather than one dependent on export. This shift further hurts the Chinese economy, and the year’s GDP growth rate closed the year at 6.7%. The Chinese yuan also dropped against other major currencies, especially the US dollar which was propped up by the election of President Trump.

Data from the National Bureau of Statistics (NBS) has shown that the Chinese economy has been growing significantly in the first 3 months of 2017. In fact, it has been the fastest growth by the country’s economy in the past one and a half years. The growth of GDP was 6.9%, which was higher than what experts expected would be 6.8%, same as Q4 of 2016.

The Chinese government’s objective of moving the economy away from factories and exports seems to be working so far, and the growth is mostly attributed to private companies. There has been a lot more private investment in the first quarter while industrial production is also going up thanks to various stimulus packages offered by the government. There were fears that a new US administration would stifle trade in China and slow down the GDP growth, possibly even be causing another economic slowdown, but these fears are now abating, as efforts by the Chinese government seem to be working. Even the International Monetary Fund has upgraded its forecast for the Chinese for 2017.

Due to poor economic growth in the first three quarters of 2016, the IMF had forecasted the Chinese GDP growth rate for 2017 would be 6.2%. Now with the data on Q1 2017 and Q4 2016 performance, the forecast has been upgraded to 6.5%. It is still a lower GDP growth rate than we saw in the past decade, the slowest in the past 26 years actually, but it’s a sign of stable growth.

However, there are other fears starting to crop up, these ones to do with the increasing debt to GDP ratio. According to Reuters, the GDP to debt ratio was 254% in 2015 and this rose to 277% in 2016. The Chinese government has increased spending and raised bank lending, which has resulted in increasing credit and, subsequently, debt. Such a high debt to GDP ratio could be risky going forward unless the government gradually decreased the amount of spending.

Nevertheless, the economic outlook for China in 2017 is more positive than negative. President Trump has recently seemed to back off the tough talk against the yuan’s depreciation, and he needs President Xi Jinping’s support on North Korea. All the tough talk about trade restrictions will then have to be put to the side, at least for this year, which leaves growth for the Chinese economy. 2018 will be a different story, probably. There is also the 19th National Congress coming up in which we might see a shuffling of the top leadership. The effect of this is unknown, but they will probably carry on in the new economic targets.

Click here to cancel reply.
Eddie Hawkins
International Monetary Fund upgraded its growth forecast for China s economy in 2017 to 6.5 percent, 0.3 percentage points higher than their October forecast, on the back of expectations for continued government stimulus.
Reply