Home-Governance-ECB Monetary Policy Meeting – What Is It and Why Is It Important?

ECB Monetary Policy Meeting – What Is It and Why Is It Important?

The European Union is by far one of the most financially-regulated and closely-monitored areas in the world. It is considered a place where financial manipulations, regardless of whether they’re coming from the governments or private entities, are almost non-existent.

There are lots of different directives and guidelines that make up the entire financial composition of the EU. The Markets in Financial Instruments Directive (MiFID), which is complemented with national licenses from the member countries, is one of the main financial guidelines that regulate trading brokers and their activities on the market.

Yet there are other elements of the bureaucracy that leave their mark on the industry. The ECB conference on monetary policy is definitely an A-lister here.

In this article, we’ll help you understand the purpose of these meetings, as well as what effect they have on trading markets and how to readjust to the new realities that emerge after they’re finished.

The European Union’s financial landscape is monitored and regulated by its European Central Bank (ECB). It is an institution that affects how the individual national central banks (NCBs) regulate the interest rates within their countries.

The primary institution that governs the processes in the ECB is the Governing Council. It is mainly responsible for putting out and monitoring the universal monetary policy that will take effect on the entirety of the European Union. That’s where the ECB conference live stream comes into play. 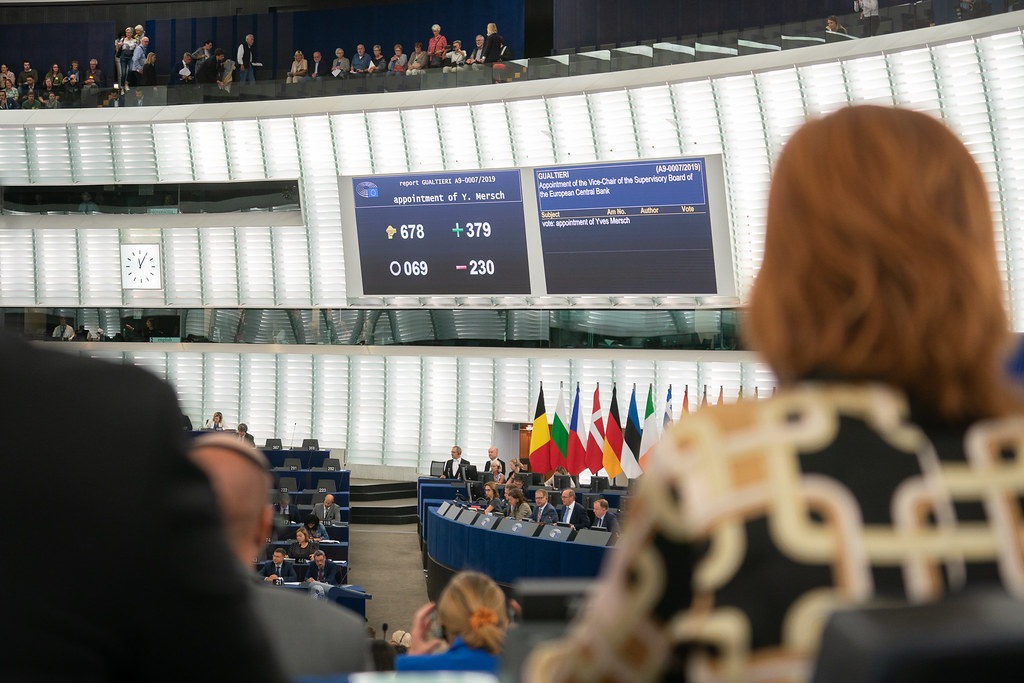 The main goal of the Governing Council’s monetary policy gatherings is to set some of the most fundamental interest rates, as well as other financial policies that will ultimately lead to regulating the overall inflation rate in the euro area.

In fact, the stability of prices is made the highest goal of the entire ECB under the Treaty on the Functioning of the European Union. For this reason, the ECB meetings are the single most important events of the year.

As of today, the ECB 2020 meeting dates are set for every six weeks; more precisely, the meetings that discuss monetary policies and interest rate regulations are held in that schedule, whereas the non-monetary policy gatherings have more sporadic meeting schedule.

Currently, there have already been four individual ECB meetings:

When it comes to the upcoming meetings, here is the planned schedule:

ECB meeting calendar 2020 – What are the main decisions to be made?

So, now that we know what the European Central Bank meetings are, let’s see what their specific purpose is and how it translates into real-time decision-making. As we have noted earlier, the entirety of the ECB meeting minutes and hours that its members engage in various discussions, they strive to implement stable and more sustainable interest rates that will ultimately regulate inflation rates.

The aim of these meetings is to have the inflation rate regulated at or below 2% across the entire eurozone. As they decide on a certain course of action, all of the national central banks (NCBs) have to implement these decisions into their monetary policies.

Generally, there are three main interest rates that the ECB Governing Council requires NCBs to use in their relations with commercial banks:

These policies that have been enacted and will be enacted on the next ECB meeting 2020 will ultimately influence the individual interest rates set by commercial banks of each nation. This, in turn, will have either a grave or a beneficial effect on the profitability of Forex traders.

For these and other reasons, it’s important to take a closer look at what each of these rates represents.

The minimum bid rate is one of the most fundamental rates set by the ECB Governing Council and enacted by national central banks. It requires NCBs to have a certain minimum rate of interest that they must charge commercial banks for one-week-long loans. You may have heard this as the ECB refi rate or the main refinancing rate.

Therefore, the ECB monetary policy meeting has to be very careful with this tool, not to cause any mass disruptions inside the system.

As for the deposit rate, this is yet another useful tool that can greatly influence the monetary policy enacted in individual EU countries. The ECB Governing Council sets the specific deposit rate at which all overnight deposits are made with NCBs across the system.

There are two ways that things can play out: 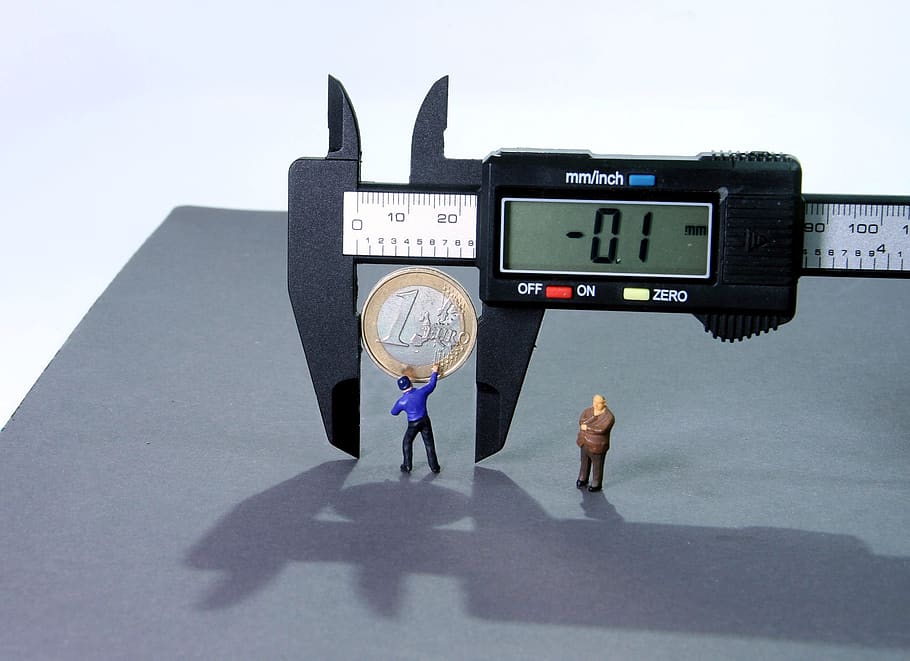 The final rate set by the ECB meeting live is the marginal lending rate. This is the interest rate set for NCBs to charge for their overnight loans. Usually, commercial banks take overnight loans to meet the daily reserve requirements that they need to pay out their clients.

Now, since these loans are taken for emergency situations and the commercial banks haven’t yet met their reserve requirements, the ECB Governing Council sets the marginal lending rate higher than the above-mentioned minimum bid rate as a penalty.

Quantitative easing stems from the idea that during the crisis or a mild economic hardship, the national banks can directly intervene in the economy, inject liquidity in it, and boost the overall spending. That’s the main goal of QE decisions on ECB meetings.

As we can already see, the decisions announced during the ECB press conference 2020 directly affect the money supply in the economy. And this is something that every market member feels on their wallet.

In this sense, Forex traders are no exception by any stretch of the imagination. They’re directly connected to the inflation rates and exchange rates of the currencies they trade, and the interest rate set by the ECB Governing Council is what influences these rates within the European Union.

For instance, if the ECB meeting sets the overall interest rates higher for NCBs, this means that the depositing process will increase within the economy – people will have more incentives to save money and get a higher interest. This also means that the lending process decreases in intensity, which reduces the money supply and inflation rate at the same time.

So, if the ECB meeting today were to increase the interest rates across the entire EU, the inflation rate on the euro would decrease and the price for currency pairs with the euro in it would change as well. For instance, the EUR/USD price would increase as the euro would become stronger against the US dollar. This, in turn, would improve bulls’ positions on the market.

Conversely, if the ECB meeting were to decrease the overall interest rates for NCBs, this would mean the increase in lending, as well as in the money supply in the economy. The inflation on the euro would increase, rendering it less powerful than other currencies in various pairs. The price of the same EUR/USD pair would decrease in this scenario, which would strengthen bears’ positions.

Participants of the ECB meeting schedule 2020 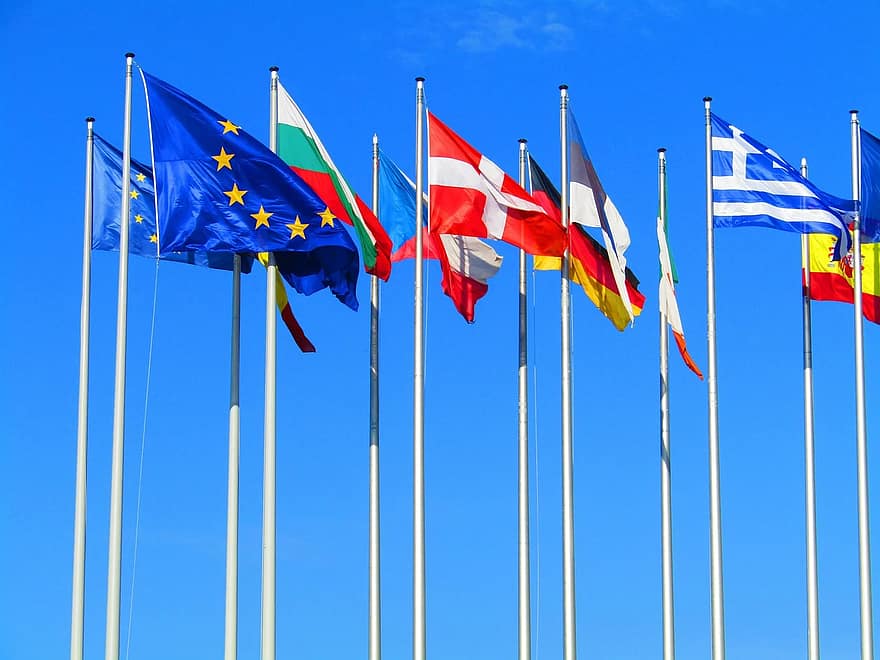 Among 25 representatives on the Governing Council, there are 21 key votes that they need to share. Here’s the exact layout of the ECB policy meeting votes:

Doves are the policymakers that tend to be less aggressive with their policies. During the ECB next meeting, they’re likely to propose less stringent and fewer interventionist policies. Among the doves in Governing Council are Luis de Guindos (Vice-President of the ECB), Philip R. Lane (Member of the ECB’s executive board), etc.

As for hawks, they’re the policymakers that demand stronger intervention from ECB. They usually want more radical interest rate regulations and they support the hard cap of a 2% inflation rate.

As we have seen, the European Central Bank is the main institution that regulates monetary policies across the entire European Union. It does that by assembling every six weeks and deciding on three fundamental interest rates:

After the decisions have been made, the ECB conference press meeting announces them one by one. Ultimately, the three policies have to be enacted by individual national central banks (NCBs) of each eurozone country.

These policies are designed to keep the overall inflation rate of euro capped at 2%. Therefore, when the Governing Council decides to increase the interest rates, it means that there’s a need to decrease the inflation in the economy. Conversely, the decrease in interest rates causes more loans to be issued, which increases the money supply and inflation.

And, all of this ultimately affects the market conditions in the foreign exchange. Therefore, traders are closely monitoring the ECB Governing Council meetings and try to polish their trading strategies according to their decisions. ecb monetary policy meeting