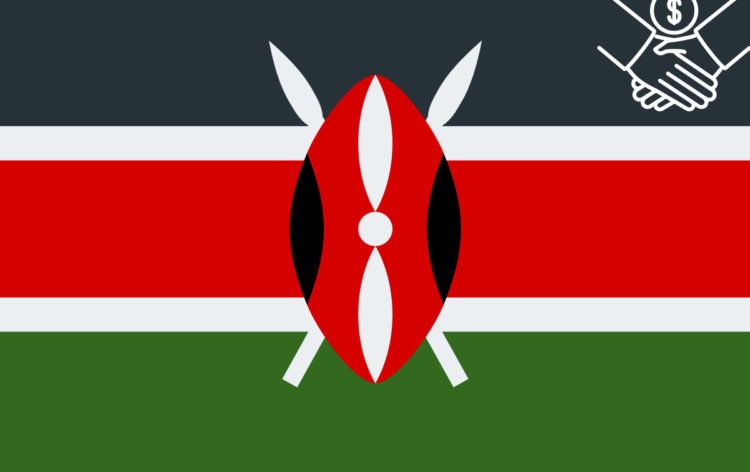 The world is currently full of young people entering later stages of life in search of new ways to acquire financial stability. There are innumerable people in search of new and different side hustles to help maintain themselves and their families through trying financial times. When working full time isn’t cutting it, some people decide to try their luck with the foreign exchange market. Kenya is one country in which several individuals have paved their own paths in this field, investing in various currencies to gain a profit. The following article details some of those individuals who have made their names as connoisseurs of the Forex market.

Who are these successful Kenyan FX traders?

There are three people who come to mind when we discuss well-known and successful Forex trades. These are the three that follow: 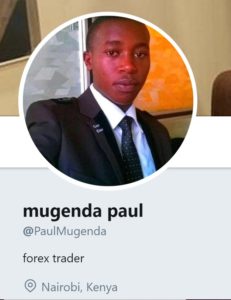 The first of these three is Paul Mugenda. Mugenda’s story is one that clearly demonstrates how one goes from rags to riches through the use of the foreign exchange market. Before he began partaking in the forex market, Mugenda was a relatively impoverished student enrolled in the Technical University of Kenya. He was getting by using the little money his parents could send him every so often.

Being an individual with an entrepreneurial mind, he was able to develop some of his own side hustles to help gather some pocket money for himself. Initially, he would buy tea in bulk in the morning and repackage them, selling them in the evening to various passersby. But even with this extra income, Mugenda was struggling to make end’s meet. He had numerous financial responsibilities, including his studies, and the slight profit margin that he had from his side hustles was not nearly enough to accommodate his needs.

As a result, he went and tried to find a new source of income — one in the form of a traditional job. The job he took on was that of an insurance broker. This was after he encountered an insurance broker who told him of the high commission he could make through selling insurance. Unfortunately, for our deal Mugenda, this turned out not to be the case.

Mugenda spent a large part of his time and effort investing in this pursuit, only to find that it did not pay off. Sometimes days passed before he was able to make a sale. In all, the time invested was not worth the commission gained. This was when a friend of his introduced Mugenda to the world of forex. His friend was even kind enough to lend Mugenda the money he needed to get started and trade a bit.

Unfortunately, when this happened, Mugenda had yet to become acquainted with the world of FX. Subsequently, he lacked the knowledge necessary to make smart investments. Subsequently, he lost all of the money his friend had loaned him. Going back, disheartened by the entire ordeal, Mugenda probably thought that he would not get into the field of forex any time soon. But in fact, is friend was generous enough to provide him another loan, this time taking the time to sit down and explain all of the nuances of forex trade. When Mugenda went again to invest in FX, he was much more prepared and equip.

Within a few months, Mugenda was making a reasonable income from his Forex escapades. From then on, his wealth continued to accumulate.

This past year Mugenda made headlines for his rapid acquisition of wealth as a Forex trader. As a young man of only 23 years of age, he is incredibly successful in this field. Mugenda was even able to go beyond Kenya and create Paris FX – a Forex company that has gained significant profits in the past few years. He no longer worries about money – as he is able to not only support himself, but also his family. He is able to provide an education for his younger siblings as well. He has been absolved of his financial strife through the world of foreign exchange.

Furthermore, Mugenda has gone and reached beyond his family. He has also gone out of his way to give back to the youth of his country. Mugenda is currently providing various mentorship seminars for the Kenyan youth.

Despite all of this glory and financial stability that he has gained, Mugenda does not dismiss the significant concerns associated with Forex. He explains that there are indeed significant losses that can be had. Moreover, Forex is a form of betting, so where there are gains, there will also be losses. In Mugenda’s eyes, mastering Forex is a combination of learning the strategy behind trading, world stability, and the ability to be able to handle the losses when they do come – which they always do.

Githaiga’s rise to fame started the way many of us try to achieve success and fame: a simple Google search.  After Githaiga graduated from college, he was unsure of what direction he wanted his life to go in. He thought about his prospects and decided that the traditional office job setting was not ideal for him. As a result, he decided to open Google and search up how to make money online. This one Google search may well have changed his life.

Through this simple Google search, Ken Githaiga came across the concept of Forex trading. Once he first heard of it, he chose to investigate further. As he dove deeper into the subject, he determined that it seemed like a perfect job for him. Not only did it require less time sitting in front of a computer screen, but it incorporated numerical and statistical data that he found incredibly interesting. As a result, he decided to dive right in.

That being said, Githaiga has emphasized that Forex is by no means his full-time job. In fact, it takes up a very small portion of his day-to-day life since he is able to check and modify his trades so quickly. Githaiga gained most of the knowledge he has through the internet. He felt as though the local Kenyan traders were not as direct when providing advice on the realities and strategies behind Forex trading. As a result of his experiences, he tries to be the person he needed when he was starting, sharing the knowledge that he has gained through his successes and failures as a Forex trader.

Besides strategy, one of the biggest pieces of advice that Githaiga provides is about how to minimize losses. Githaiga believes that many people try Forex a few times, expecting to make it big and get rich quick. With these expectations in mind, they tend to use high leverage and lose big, giving up quite quickly after they begin. Githaiga believes that in order to be successful in this field, individuals have to be able to accept losses and approach trading as a long term goal. Inherently, they need to use the slow and steady method. Githaiga believes that the best way to consistently gain from trading and minimize losses is to use only low leverage. 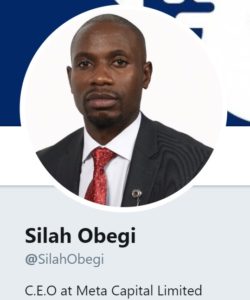 Silah Obegi is yet another Forex trader from Kenya who has encountered great success. His success was found in a more traditional sense. He received a Bachelor of Business Management from Moi University. Then following his university career, he worked his way up in the field of finances. He is currently the C.E.O. at Meta Capital Limited.

Throughout his experience relating to the financial fields has been able to develop an automated Forex trading system that is incredibly lucrative. Not only that, but his position as the Director at Nairobi School of Forex allows him to know only share his knowledge of the Forex trading system, but he is further able to share the automated tools he has developed.

Beyond those in this list, there are many other Kenyan Forex traders who have yet to make a name for themselves but are still doing fairly well. Many of these people may not become particularly well known, but instead they are able to peacefully gather money from the comfort of their own home.  Most of them are not well known because of how underdeveloped and acknowledge the Kenyan FX Traders are.

There are not as many well-known Kenyan Forex Traders because the sphere is not particularly developed in Kenya at the moment. This may be merely because sufficient people haven’t heard about it to become invested and take part.

But even though this has become particularly popular among the student populations, anyone has the ability to enter into the foreign exchange market, as long as they have enough money to invest.

That being said, there is one huge hurdle that prevents Kenyans from entering the Forex trade. This is an issue that presents itself to many smaller or less developed countries. This is the fact that there are few truly reliable and local brokers in. So rather than using local brokers, those are seeking to gain a profit are forced to look for brokers abroad. Nevertheless, with a little bit of critical thinking, quick decision making, and some luck, you could be the next successful forex trader.