Home-Cryptocurrency-Bitcoin May Lose Its Value According To The Bank Of England
Cryptocurrency
by Giorgi Mikhelidze on December 22, 2021

Bitcoin May Lose Its Value According To The Bank Of England 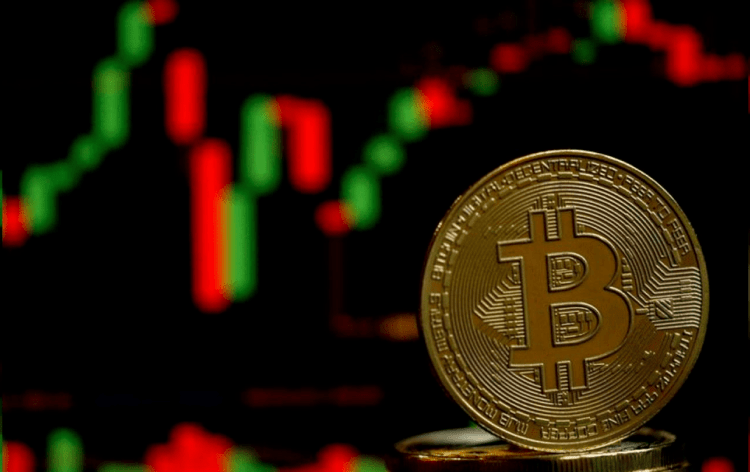 According to the Bank of England, bitcoin might become “worthless,” meaning that anybody who invests in the digital currency risks losing all of their money.

According to the Bank of England’s deputy governor, Sir Jon Cunliffe, dangers associated with the fast increase of the crypto asset must be prepared for. Bitcoins might theoretically or practically go to zero, he said in an interview with the BBC.

As of early 2020, crypto assets have a market capitalization of roughly $2.6 trillion, which represents about 1% of global financial assets. More than 2.3 million individuals own crypto assets at an average of over £300 apiece.

After the 2008 financial crisis, the Bank of England’s financial policy committee was established to examine the risks to the UK’s financial system. A number of hazards were raised as a result of this asset class’s fast expansion, including the possibility to become increasingly intertwined with conventional financial services.

When it comes to embracing crypto assets, the Bank of England advised significant institutions to take a cautious approach and to keep an eye on changes in the market.

International and local regulatory and law enforcement frameworks must be strengthened to influence the evolution of these fast-growing markets so that they can manage risks, stimulate sustainable innovation and retain wider confidence and integrity in the financial system. Even though investing money in crypto assets is risky, as it’s a decentralized market, there are many investors who are still interested in trading with Bitcoin. Crypto traders use several tools to increase their earnings. One of the ways for investors to make money without wasting additional time or effort is to trade with AI. For this reason, they often seek the best bitcoin bot, which allows them to automate their trading and make money through the use of algorithms. It is worth noting that a trading bot allows people to protect themselves from losing a great amount of money, as it can analyze loads of information in a very short period of time and make rational decisions, whether it is worth investing in or not. However, it should also be said that sometimes bots aren’t quite reliable and may make traders suffer big losses. So, until you start crypto trading with AI you need to evaluate risks and benefits.

Bitcoin’s scarcity is a major factor in its appeal, but this trait entrenched in its architecture “may even, eventually, make Bitcoin worthless,” according to the Bank of England.

As “miners” authenticate modifications to the blockchain record backing the cryptocurrency, some 19 million bitcoins are added to the total supply. A system based on bitcoins, which are scheduled to stay in circulation until February 2140, would be difficult to maintain over time, according to Belsham.

Backward induction should, in principle, lead to wise money exiting the market at some time. Investors, on the other hand, should be prepared to lose everything if that were to happen. Eventually.”

There has been a shift from decentralization to centralization. The price of Bitcoin is claimed to be controlled by the so-called “Bitcoin whales,” individuals with large Bitcoin holdings. Massive mining farms have surrendered the democratization of creating money via mining for the sake of efficiency. Scalability issues in Bitcoin’s technology have led to a lengthy history of splits and altcoins. There was no cryptocurrency market a decade ago, but it is now valued at $2.02 trillion.

When it comes to Bitcoin’s future, the next decade might be critical. Investors should focus their attention on a few aspects of the Bitcoin ecosystem outside the financial revolution.

Cryptocurrency is now on the verge of becoming both a currency and a store of value. However, scale and security issues have thwarted both of these possibilities. Chakib Bouda, CTO of Rambus, a payment company, says that “perhaps the major faults for Bitcoin and other cryptocurrencies throughout the past years lay with security.” Hackers have stolen billions of dollars worth of Bitcoin and other cryptocurrencies from exchanges. According to him, a safe Bitcoin environment would lead to a greater acceptance of the currency. As he predicted, “Bitcoin will be widely accepted and have an entirely new image in 10 years.”

There will be no widespread adoption of Bitcoin as a payment method (or as an asset class) until there are technological advancements in the Bitcoin ecosystem. The Lightning Network is one of a number of technologies that offer scalability in its operations. The hard forks of the Bitcoin blockchain, such as Bitcoin Cash and Bitcoin Gold, have created new cryptocurrencies that try to change the dynamics of the ecosystem in order to process more transactions at a quicker rate.

During the year 2018, Ripple CTO David Schwartz likened Bitcoin’s blockchain to Ford’s Model T. Revolutionary changes in transportation were announced by the vehicle’s maker, and a whole ecosystem, from roadways to petrol stations, arose to service the automobile. In the last several years, the foundations of an ecosystem have been laid thanks to widespread media attention.

This year, the value of one Bitcoin has surpassed $60,000 and then fallen below $40,000. Goldman Sachs has reopened its crypto trading desk, while BNY Mellon has opened custody services for digital currencies as large banks continue to pay attention to the cryptocurrency.

International commerce might benefit from using Bitcoin, according to Citi. In early 2021, Tesla (TSLA) and PayPal (PYPL) both announced stakes in cryptocurrencies. Both Tesla and Curv, a cryptocurrency custodian, submitted bids for Curv’s acquisition by PayPal. The attention of institutional investors is boosting the cryptocurrency’s popularity, but there are still concerns about the digital asset’s security, custody, and capital efficiency, according to Citi.