Home-Trade Insider-Currency-EUR/USD Price Prediction For 2023
Currency
by freddy on December 1, 2022 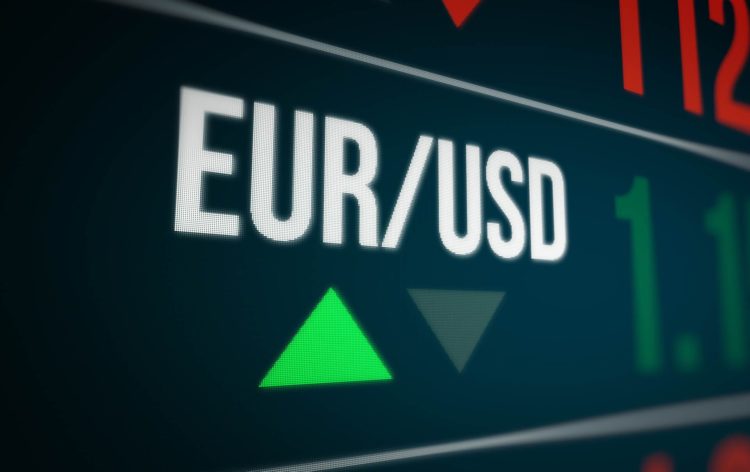 The USD and EUR are two of the most important currencies in the world. They are used by countries all over the globe for trade, investment, and other financial transactions. As such, their values can have a significant impact on different industries.

For instance, consider the foreign exchange market. If you’re trading EUR/USD, then you’ll want to know what economists and analysts think about the future value of these currencies. This will be helpful to trade with the correct currency pairs and make more profits.

Similarly, if you’re involved in import/export businesses, accurate predictions of USD and EUR values can be critical for planning purposes. If your goods are priced in Euros but most of your customers pay in dollars, then it’s important to know how much each currency will be worth relative to each other over time.

As forecasts of their prices have a huge meaning for the financial world, in this article we will try to give you some clear predictions about EUR and USD prices in 2023. Additionally, we will connect the price predictions to the FX market where these two currencies play vital roles.

According to some experts, USD and EUR prices are expected to change quite a bit in 2023. They believe that the USD will become stronger than EUR, which will cause EUR to weaken against other currencies. This could lead to some big changes in the Forex market, as traders adjust their positions to take advantage of these predicted price movements. Of course, no one can say for sure what will happen in 2023. But if these expert predictions do come true, we could see some significant movement in the Forex market next year.

If we look deeper than expert opinions, we have to outline some common chart types used for predictions. More specifically, Forex reversal candles are used to show price predictions in the future. For EUR and USD, the reversal candles in 2023 show that the prices will go up. This is because there is a lot of buying pressure in these currencies, which means that people are willing to pay more for them. The reason why people are willing to pay more for these currencies is that they think that the value of these currencies will continue to increase in the future.

For those who still do not trust the results of reversal candles, here is some additional information about that. The method called candlestick charting involves looking at the past price action of a security and trying to identify patterns that might indicate where the price is headed in the future.

A reversal candle is one of the included patterns in this method. Reversal candles occur when the market has been moving in one direction and then suddenly reverses course and starts moving in the opposite direction. These types of candles can be very useful for predicting future prices, but they should not be relied upon completely.

In general, 2022 results for these currencies were quite positive. They were both appreciated, with EUR rising by 3% and the USD rising by 2%. This was due to strong economic growth in the eurozone and the United States, which led to higher demand for these currencies. The appreciation of EUR and USD made exports from the eurozone and United States more expensive, but overall it was a positive year for these economies.

But to say frankly, the year was more balanced as fluctuations were very high. There were times when both of the currencies were significantly depreciated too. The main reasons that caused high fluctuations in the prices of USD and EUR in 2022 were the following:

One factor that can change currency prices in 2023, significantly can be global economic sector changes. If the US economy is doing well, demand for USD will likely be high, leading to an appreciation in its value. Another factor could be interest rates set by central banks. If rates in the US are higher than those in Europe, this could lead to more investment flowing into USD-denominated assets and push up their value.

Finally, geopolitical events can also have an impact on currency prices – if there is increased uncertainty or risk in the world, investors may seek out safe havens like the USD which would lead to its appreciation against other currencies like EUR.