Home - Trade Insider - FedEx (FDX) Stock Falls by 3%, as Company plans to Aquire Stake in Hermes
Trade Insider
by Zviad Maisuradze on May 29, 2020

FedEx (FDX) Stock Falls by 3%, as Company plans to Aquire Stake in Hermes 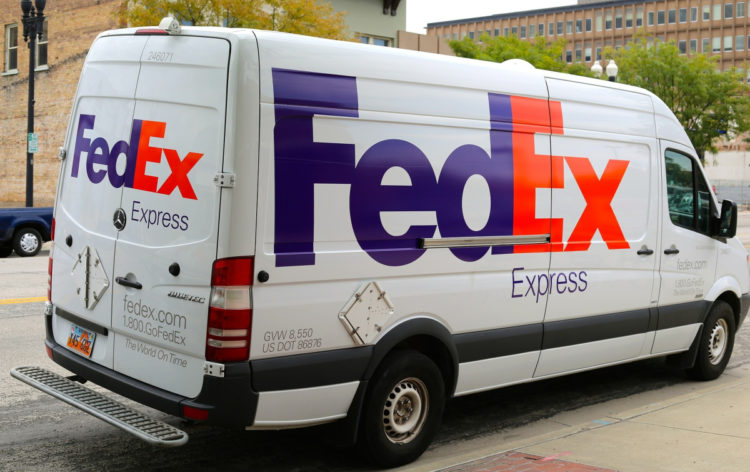 As trading opened on the New York stock exchange on Friday, the shares of FedEx Corporation (FDX) dropped by 3%. The stock previously closed at $131.15, however, today after some slide it reached $127.12 level.

According to the German newspaper Handelsblatt, FedEx is considering acquiring a stake in Hermes. It is a German delivery company, which operates in Germany, Great Britain, and France. According to the same source, Amazon is also interested in purchasing some stake in this firm.

Back in 2016, FedEx acquired a Dutch company TNT express. The price for this transaction amounted to €4.4 billion. So extending its operations to Germany might be a logical continuation for the firm’s long term expansion plans.

The problem some investors have with this possibility is the timing of such possible acquisition. The outbreak of COVID-19, coupled with travel bans and lockdowns did tremendous damage to many businesses. So the obvious concern here is that now might not be the best time to spend billions on acquisitions.

Despite those arguments, it has to be mentioned that this assumption might not be true for all companies. Some firms withstood this economic downturn better than others. In the case of FedEx, the picture is not so clear. One the one hand, during the last quarter, the revenue of the firm reached $17.5 billion. Since sales expanded by $500 million compared to previous years, it has to be good news for the company. On the other hand, net income dropped to $315, which represents more than a 57% decline. Operating margins also declined, from 5.4% back in 2019 to 2.4% during the first three months of 2020.

Here it might be helpful to point out that despite all those challenges FedEx still managed to maintain its quarterly dividend at 65 cents per share. The current payout ratio of the firm stands at 21.7%, so those payments to shareholders seem quite secure.

As we can see from the chart above, the stock price of FedEx mostly moved sideways from June 2019 to January 2020. During two subsequent months, the stock collapsed to $90. However, unlike many other stocks, FDX was quick to regain most of its losses and currently trades close to $125 level. In fact, FedEx shares only need to rise by 20% to fully erase all of their losses after February.

According to barchart.com, the trailing 12 months earnings per share indicator of the company stands at $11.98. This suggests that the price to earnings ratio of the firm is near 10.6. At those numbers, it seems that the stock is into undervalued territory.

The current dividend yield of the stock is around 2%. This might not look that impressive, however, it does offer higher rate of return than most commercial banks’ Certificates of Deposit (CDs).

The board of FedEx yet have to make a decision, whether to expand their business into Germany by purchasing a stake in Hermes. It is a private company, so we can not reference the share price to estimate the possible amount of such transactions. However, since it has more than €2.4 billion in revenue, we can conclude that FedEx will spend billions of dollars if the management decides to go ahead with this transaction.