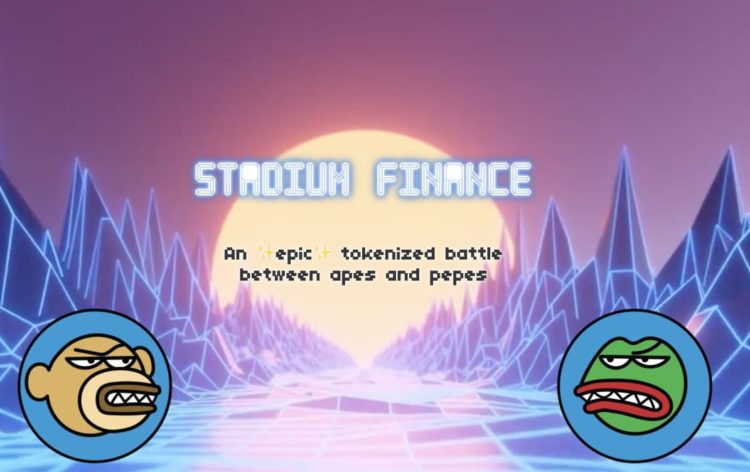 A newly launched crypto project from Stadium.Finance showed an unprecedented 1177% growth within just 3 days. Early birds in the project are already reaping the rewards from the SPEP and SAPE tokens, but still holding for better results to come.

Daily growth is in the double digits

The two coins, competing with each other see two-digit consolidations every single day. This is due to the nature of the project itself, where a substantial number of either coin is burned every 8 hours.

For example, the coins started out with 1 quadrillion each in supply. 50% of it was burned instantly, leaving both with 500 trillion in circulation. However, after the so-called “battles” even more coins leave circulation. To be exact, one such battle led to 6.5 trillion SPEP being burned just like that.

This naturally impacted the price in a huge way, pushing SPEP up more than 30% right after the smart contract was completed, while its rival, SAPE took a minor hit to its price.

Due to a still persisting high circulation, battles with such high “casualties, aka tokens burned are likely to continue for the coming weeks or maybe up to months depending on public interest.

However, once the project gains a foothold in the crypto community and more holders appear, every battle is likely to burn billions of tokens instead of trillions. This will then go down to the millions, but at that point, the project will have grown significantly compared to its current state.

Although in its infancy, the team has managed to gather up to 1,000-2,000 followers on their Telegram channels for both SAPE and SPEP with around 80 holders for each token.

As the community becomes more active and the team starts to consistently promote the fresh project on popular crypto platforms, it’s likely for the tokens to take off “to the moon” as is said. Early comers are more than safe in terms of missing out on the price spikes, but future investors will need to somehow squeeze into the project before burned tokens come down to the billions and then to the millions.