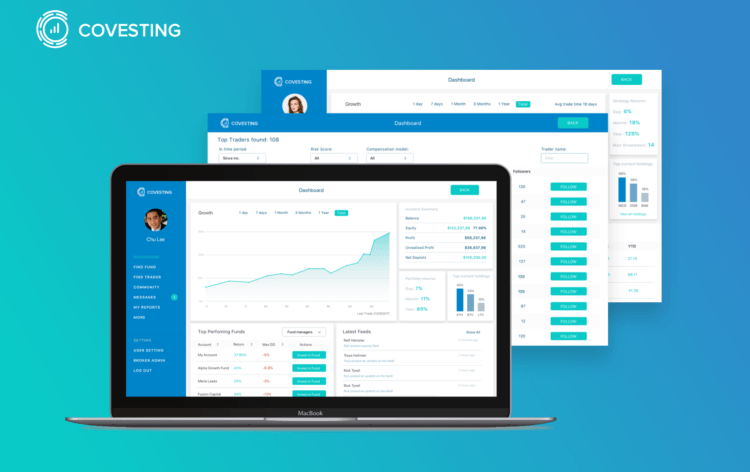 Gibraltar is already becoming one of the most visited places for Blockchain enthusiasts and fintech startups. Many people don’t know how they managed to revolutionize crypto regulations within the borders of the EU. While the whole Union was trying to scramble a taxation or regulatory reform, the small peninsula was already prepared for the onslaught of crypto companies looking for a safe haven.

In this case, the European cryptocurrency exchange by the name of Covesting has been awarded the license it has been applying for so long. Covesting is one of the very first firms to start operating in Gibraltar’s good favor and within the jurisdiction of their regulations. Covesting got its turn after Coinfloor, which was the first one to receive Gibraltar’s DLT License. It is no wonder that the first company to find refuge in Gibraltar was a British one.

What the license entails

With every license, there come a few responsibilities for the firms applying for it. In this case, the Gibraltar Financial Services Commission (GFSC) has quite simple requirements. The strictest rules are to have satisfactory financial resources, IT systems and of course a customer friendly model. Also the general stuff like anti-money laundering and terrorist financing rules.

By making their rules so easy to follow, the regulatory body may have made the customer’s interests fade away in the eyes of these new companies. However, it is more important to note the fact that, these companies will have more time to focus on their customer support model, rather than have to worry about trivial rules.

Why Gibraltar did it

Gibraltar has always had a good mind for finance. This time it was no different as the financial experts on the peninsula managed to predict such a large popularity surge in cryptocurrencies and decided to prepare for it. Gibraltar believes that attracting blockchain startups could be one of the keys to bolstering the peninsula’s financial capabilities, thus making their voices a lot more heard on the commissions and referendums. Besides, the UK will soon be leaving the EU, which meant that the self-governing territory needed some assurances of their well being.

Covesting has already shown their gratitude for the license. The CEO Dmitrij Pruglo has announced that this agreement will be revolutionary for his company and the crypto world as a whole.

The company allows its users to keep an eye on the best crypto traders out there. Most importantly it gives you the option to mimic them completely, therefore giving you a lot less risky practice or general profit making scenario.