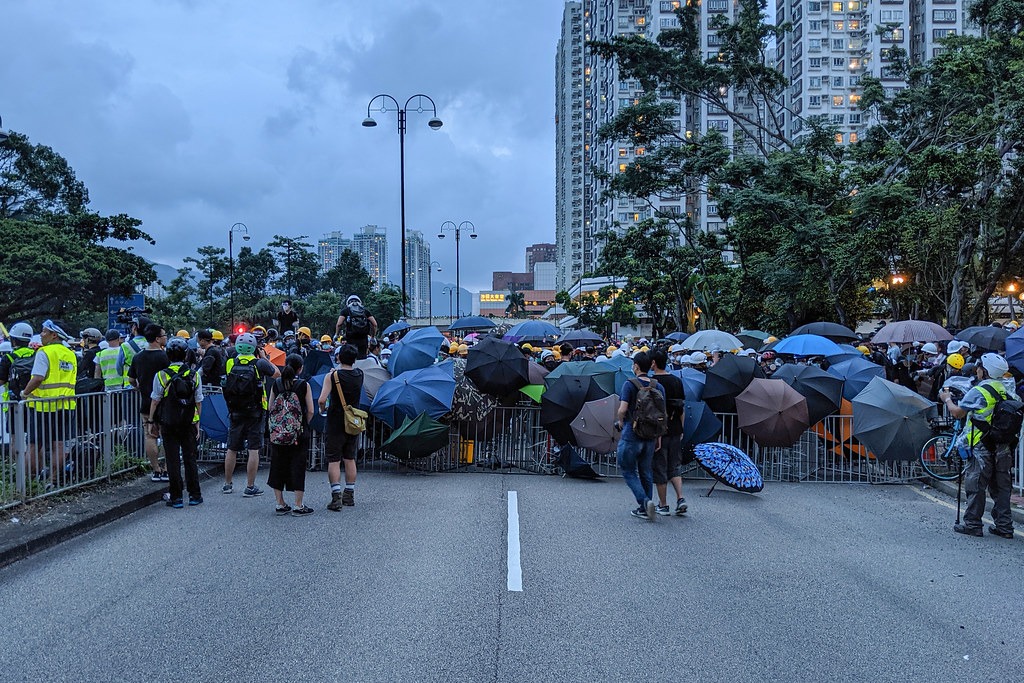 Plunged into the ocean of protests, Hong Kong’s economy is experiencing its lowest point in history. The city’s retail sector has posted a devastating 24% decline in sales in October from the same month in 2018.

It’s Hong Kong’s first recession since the October financial crisis. Reports show that the city’s GDP has contracted by 3.2% in the third quarter of 2019.

The protests in Hong Kong have been raging for 263 days now, starting from March 15, 2019. The popular outrage was caused by the city government’s introduction of the Fugitive Offenders amendment bill. If the bill is passed, the authorities would be able to arrest and then extradite criminal fugitives who are wanted in their countries.

Currently, the city of Hong Kong doesn’t have extradition agreements with many countries, including mainland China and Taiwan. The protesters are fearful that the bill will be then translated into the general legal system of mainland China, where the strict authoritarian regime is established. And even if it didn’t, the citizens of Hong Kong would still be subject to China’s strict laws and undermined civil liberties.

The proposed bill was withdrawn in September, however, the protests are still raging. The members of this movement have been overly violent and cruel. The protesters have used various methods, including killing civilians. The flying bullets and arrows are a normal thing in Hong Kong’s streets and it’s no surprise its economy is undergoing such a severe crisis.

According to the data published on Monday by Hong Kong’s Census and Statistics Department, the city’s retail sector has diminished by 24% in October from the same month in 2018. As for the individual segments, luxury sales such as watches, jewelry, etc. took the biggest hit of 43% decline; department-store sales have declined 31%; the least decrease was seen in furniture sales at just 8.2%.

The economic hardship experienced by the city appears even more severe since it coincided with “Golden Week”, a Chinese holiday on 1-7 October. On this holiday, the mainland Chinese travel across the country and spend their money generously. However, the protests have hindered them from visiting Hong Kong and relieving the city’s dragging economy.