Indonesia economy predictions and forecast for 2017 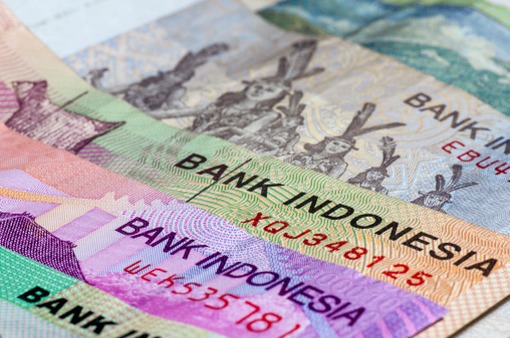 When looking at Asia’s economic growth, it’s more common to focus on China and perhaps Japan, but lately, the Indonesia economy has become very interesting. As the largest economy in southeast Asia, it is also the 10th largest economy in terms of purchasing power parity (PPP) worldwide according to World Bank.

Past performance of Indonesia economy

Nevertheless, it was a standout performance considering other Asian countries and emerging economies had experienced slowdowns in their economic growth. The main reason for decreasing GDP growth was the decreasing commodity prices around the globe, hurting the Indonesia economy, which depends largely on exports.

As the year went on, GDP growth picked up speed to hit a record 5.18% in the second quarter of 2016 ended June. Among the key driving forces behind the spice in Indonesia economy growth were public spending and domestic consumption. Ahead of the Muslim month of fasting starting June, residents spent more money, and this accounted for more than a half of the country’s GDP.

A bigger contributor was government spending on infrastructure development and social programs. The plan for the Indonesia economy follows a 20-year long plan divided into 5-year RPJMN periods. The current economic plan running from 2015 to 2020 was to be focused on improving the country’s infrastructure and the resident’s welfare in terms of health and education.

Another factor that improved GDP during this period was the rising prices of commodities globally, compounded by better yields. Both of this improved Indonesia’s exports, boosting the economy. In the second half of 2016, the Indonesia government had to reduce public spending to keep inflation down, which it did. Inflation remained within the 3% to 5% target range and at the same time reduced the current account deficit. Higher commodity prices played a role in this, but so did the tax amnesty plan and foreign investment. The tax amnesty plan aimed to exempt taxes to residents with money stored overseas, bringing home billions of dollars. 40% of Indonesian bonds were also acquired by foreign investors, who saw the Indonesia economy as one with huge potential compared to other emerging economies.

Forecast for Indonesia economy in 2017

Most experts are predicting a growth in GDP of 5.2% in 2017 backed by a generally stronger global economy. The Indonesia economy is also likely to benefit from the protectionist stance taken by the US and some European countries, just like India. As for the data, we have so far, the first quarter of 2017 has already seen what might be a rise in GDP growth. Exports have increased in the first quarter, while PMI data show an expanding economy. Therefore, the predictions about GDP growth may actually come true.

However, in order to achieve economic growth, there are still certain sectors that need consideration. Public spending by the government is a major one, which has continued to slow. For a country with more than 17,000 islands, there is a crucial need for effective infrastructure if the country is to sustain its commodity export targets. There also remains a huge untapped potential in the country’s youth. Healthcare and education have been improved, and poverty rates have also declined steadily, but there is still a gap between employment and population growth.

On the whole, the Indonesia economy has a lot of potentials, and 2017 may actually become a great year. On the other hand, that may only be due to an unremarkable 2016. For truly impressive growth, the government needs to take more steps in improving their economy and perhaps take it to the top of the emerging markets pyramid.