A quick snapshot of the 10 largest Norwegian companies 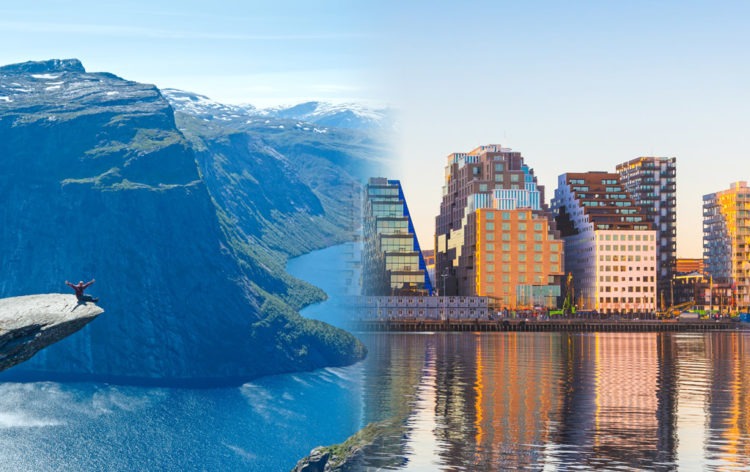 Norway, one of the world’s richest countries, has been known for its natural resources companies, stunning nature, trolls, fish, and Vikings. Currently, the Norwegian GDP per capita is above 70,000 USD per annum, which makes it the most prosperous country in Europe. Today we are going to take a look at 20 largest Norwegian companies to see which entities contribute the most towards the well-being of the nation.

The Norwegian largest health insurance company turns almost 30 billion NOK (about 3 8 billion USD) per annum. It is currently branded as Vital and is a part of the DnB NOR Group.

This company specializes in the management of the various IT infrastructure and operates throughout the Nordics and Baltics. It is headquartered in Oslo, but it has offices in over 70 cities and employs a total of 6,700 people. The company turns a total of 4 billion USD a year.

One of the two governmental companies that are legally allowed to offer gambling services on the territory of Norway turns 32 billion NOK a year. According to https://gratis-spinn.com/, Norsk Tipping offers both online and offline services that range from lotteries to mobile slots.

This is, perhaps, one of the most interesting Norwegian companies. Founded only in 2004, Aker already turns over 43.5 billion NOK and is employing over twenty-six thousand people. Its main scope of activities is offshore fishing and engineering.

A Norwegian producer of the aluminum profiles will soon be gone from this list due to its upcoming acquisition by the  Norsk Hydro (the 4th largest Norwegian company). The deal is still pending an approval by the various authorities and is expected to take place by the end of 2018.

A place where you can find thousands of things – Rema 1000. It is a chain of the supermarkets available within the Nordic region, which is headquartered in Oslo. Its turnover is set at 54 billion NOK and the company employs a total 20,200 employees in its 600 stores in Norway and around 10,000 staff members in its 270 supermarkets in Denmark.

As already mentioned, Norsk Hydro keeps on growing by adding more companies to its portfolio. Over 40% of the company is owned by the state, and it currently employs around 13,000 employees. Its turnover is estimated at 84 billion NOK.

This company used to be a part of the Norsk Hydro from 1905 until 2004. It is a chemical company that is famous for being the world’s first producer of the mineral nitrogen fertilizer. It employs the same number of people as Norsk Hydro, yet its turnover is nearly 100 billion NOK.

This is a telecom company where the largest stakeholder is the Norwegian government. Even though it started as the operator of the local telegraphs and telephones, by now the company has expanded in 13 countries, with the main focus areas being Nordics, Eastern Europe, and Southeast Asia. The company turns 132 billion NOK a year.

The Norwegian largest company certainly dwarfs any other above mention entity with its turnover of 395 billion NOK. It is a multinational exploiter of the national resources that is also running a chain of the gas stations. It operates in 36 countries and it has been ranked by Forbes as the world’s 26th most profitable company.

Click here to read the source article in the Norwegian language.