Home-Trade Insider-Stocks-After Biggest Gain Since July, the Price of Apple is Down Again
Stocks
by Harry Davies on October 13, 2020

After Biggest Gain Since July, the Price of Apple is Down Again 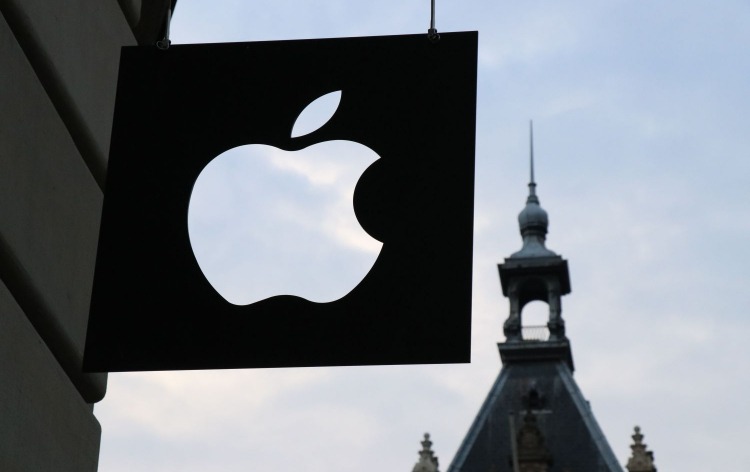 Recent movements on the market indicate that the price of Apple is down again after a huge increase of yesterday. The prices of shares of Apple have increased drastically on Monday, as most of the investors looked ahead to the new product launch of Apple where it is expected that the company will reveal new iPhones.

The gain was the biggest for the company since July 31, when Apple’s stock was up 10.47% after the end of the trading day, because of its blowout third quarter. On Monday, the prices of the shares of the company were up 6.35%, today, the company will reveal its first major redesign of the iPhone’s exterior since 2017.

Experts of the market are also predicting that the company will also release four separate iPhones with different screen sizes and prices, which will give people around the world a very wide range of options, which is not something that Apple does typically. Also, new iPhones are said to be supporting 5G cellular networks, which promises a very fast download time and better execution, this is anticipated on the market a lot.

The company is also expected to ship as much as 220 million iPhones in its fiscal 2021, which would be more than a 22% increase on a year-to-year basis. Also, experts are saying that the company will be having a very successful few weeks this month because the company has a very long history of outperforming in the moths after the release of its new products, especially iPhones.

The table shown above shows the changing tendencies that the prices of shares of Apple have had. After a few months of increase up until February, the prices of the company fell down significantly because of the ongoing Covid-19 pandemic that has affected every single market around the world. The Stock Market Crash of 2020 influenced the falling prices of the shares of this company, which has lasted for some time in March and April.

After this, however, the company was able to quickly regain its power and had a very successful summer, increasing prices significantly. After the pandemic, the prices of the shares of the company almost doubled, and as it is getting ready to release new iPhones, this trend will continue in the near future as well.

This year, the price of stocks of Apple is up nearly 60%, and in the last 12 months, it has doubled. The market capitalization of the company is the largest on the US exchanges and stands at $2.16 trillion. One thing that is very interesting about this company is the fact that it is working very hard to diversify its revenue streams, the CEO of the company, Tim Cook, even went as far in 2017 as saying that the company was trying to double its services revenue by 2020, which has happened, and as the quarter ended in June, the company set a record for services revenue at as much as $13.2 billion.

The company is also working on new gadgets, such as AirPods, Apple Watch, and Beats. All of these are helping the company a lot, and the trend is only thought to continue in the future as well.

What to Expect from the Apple Event?

The Apple Event, which is going to start in just a few hours, is regarded to be one of the most anticipated events in the world of tech. Apple enthusiasts around the world are looking forward to finding out what the company will offer its users this year, and as it can be seen from history, the event will have a huge effect on the price of the shares of the company for the following few weeks.

The next iPhone lineup of the company could bring a lot of huge changes on the table, as the company is rumored to release for new iPhones, with new design and very importantly, 5G technology. As experts are claiming, this will be the first huge change in the way that the phone looks in three years, since 2017.

So, investors who are holding Apple shares should take a good look at the event and see how it will affect the market. Keep an eye on market analyses as well, to see exactly how it is affecting the prices. Another very important part also is the fact that in the last 5 days, the price of shares of Apple has increased by more than 10%, and this might change in the coming days.