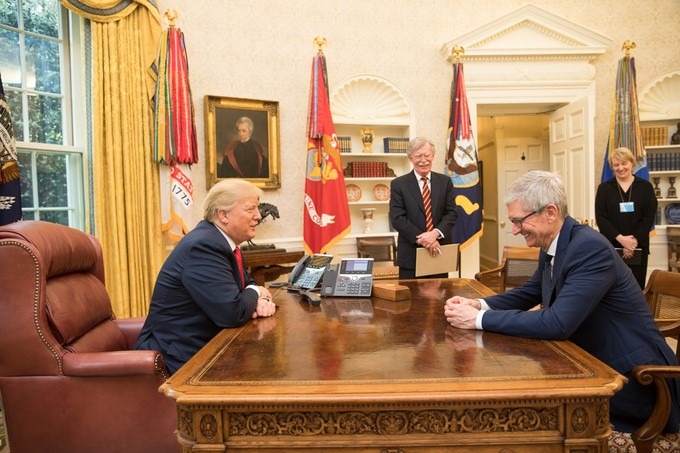 Donald Trump announced in his Monday tweet that from now on, the Apple Mac Pro computers will be built in Texas after securing the deal about tariff exemptions.

The government had several conditions that would make these parts eligible for an exclusion:

The US won’t benefit from the deal

Several conclusions can be made of this deal. First of all, Texas will probably not going to come out as a victor from this decision.

Even though Apple won’t be able to import Mac Pro’s five incremental parts: a data cable, a power cable, a central processor heatsink, a printed circuit board, and a wheel assembly, to the US, the company will not resort to the American producers of these items either.

For instance, Apple can possibly import its power cable from Taipei-based company, Delta Electronics Inc. The company currently supplies Apple from its factories in China, Taiwan, and Thailand. As a result of the tariff deal, Delta Electronics is planning on investing some $1.8 billion in Taiwan to increase its supply.

As for the data cable, it can be sourced from the company also based in Taiwan – Cheng Uei Precision Industry Co. Other parts are also available in third-party countries like Vietnam and Mexico, which will render them beneficiaries of this tariff deal.

Apple not too enthusiastic about Mac Pro

Another conclusion is that Apple is not trying hard. The fact that the company is even trying to win exemptions on a set of wheels (which can definitely be sourced outside of China) tells that they’re more comfortable with spending money on a lawyer than searching for the third-parties outside of China.

Considering that the retails of Mac computers usually takes less than 10% of the company’s aggregate sales (62% for the iPhones), it’s not surprising that Apple doesn’t try too much to buy their parts anywhere else.

With the current trading war ongoing, Trump is trying to win back its native companies and make them create new jobs for US citizens. This is the original intention of the tariffs imposed on imports from China, as well as tariff exemptions on some of them. However, as we begin to see, the US doesn’t exactly win from this situation as third-party countries seize the opportunity to supply Apple with the necessary parts.