As Kroger Announces Quarterly Results, Its Stock Drops by 4% 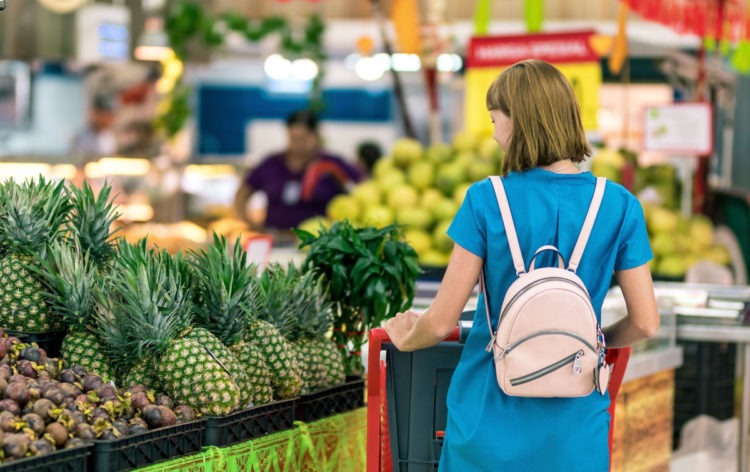 As the trading opened on Thursday on the New York stock exchange, the Kroger Company (KR) shares fell by 4%. The stock previously closed at $32.81, yet after the recent losses, it trades at $31.34.

Those movements were triggered by the company’s release of its quarterly reports during the day. According to this official report, the firm’s total revenue during the quarter has reached $41,549 million, which was approximately 11.5% higher than back in 2019, when this number stood at $37,251. This is a considerable increase, especially considering the recent economic downturn, caused by the outbreak of the COVID-19, as well as due to subsequent lockdowns.

The company’s net earnings reached $1,212 million, 57% higher than during the first quarter of 2019 when the net profit stood at $772 million. As a result, the Earnings per Share (EPS) indicator for this period has reached $1.53. This represents a 59% increase over the same period a year ago when EPS was at $0.98.

So as we can see from those results, the company’s earnings did not really suffer much from the recent economic downturn. In fact, as the first quarter report states, the identical sales of the company, excluding fuel has grown by 19%. The growth rate of digital sales was even more impressive, reaching 82%.

Gary Millerchip, the Chief Financial Officer of the company has made the following remarks, commenting on the recent results: ‘Kroger’s financial model has proven to be resilient throughout the economic cycle. We remain confident in our business model as well as our ability to generate strong free cash flow and achieve sustainable and attractive total shareholder returns.’ So as we can see the company CFO feels very confident about the future of the company.

As we can see from the above diagram, the Kroger shares have risen steadily over the last 12 months. The stock was trading within the $21 to $22 range during early July 2019. After making steady gains for several months, the stock reached the $30 mark during the middle of February, just before the stock market crash. During this period the majority of publicly traded companies lost tens of billions of dollars in terms of market capitalization.

However, despite this development, Kroger stock has proven to be an exception to this. After only falling briefly to $28 level three times during the crash, the stock regained its momentum and even reached the $33 mark by the middle of June 2020. It did face a correction today when it dropped to $31.34.

According to CNBC, at current rates, the annual Earnings per Share (EPS) indicator of the company stands at $2.04. This means that the Price to Earnings (P/E) ratio of the stock is near 15.36. This suggests that at current prices, the stock is very reasonably valued and is not even very far from the undervalued territory.

Considering the resilience of the business during the aftermath of the COVID-19 outbreak, as well as the consistent appreciation of its share price, one would expect that nowadays Kroger’s shares would be extremely overpriced. However, as we can see that’s not the case, and investors, looking for stocks with decent growth potential, can still add KR securities to their portfolios.

Another advantage of the Kroger stock is the company’s very decent track record of returning money to shareholders on a consistent basis. Adjusting for stock splits, the company’s quarterly dividend payments amounted to 3.5 cents per share. Through the subsequent years, the company has hiked its payouts steadily.

The only exception to this was back in 2009 when the firm maintained its dividends unchanged at 9 cents per share. However, from 2010, the company resumed its progressive dividend policy. By 2019 the quarterly payouts to shareholders have reached 16 cents per share.

The company still maintains its dividends in 2020 and there is even a distinct possibility that the management might increase the rate of those payments during the next quarterly announcement.

Those statistics suggest that on average during the last 14 years, the company managed to increase its payouts to shareholders by 11.5%, which is by all measures, quite an impressive achievement. Obviously, the company does not have several decades of a track record of steady dividend growth. However, 14 years of history is quite solid enough to be confident about the management’s commitment to return the money to its shareholders.

In terms of the sustainability of those payments, according to the stocknews.com, the most recent payout ratio of the firm stands at 29.1%. This means that the company has plenty of safety margin to keep up with those payouts, even if its profits fall to a certain extent. Consequently, one can conclude that those payments to shareholders are quite safe, at least for the foreseeable future.

The only issue with this is the fact that the current dividend yield of the stock might not be very attractive. At current prices, this indicator stands near 2%. Obviously, this can be a better rate of return, compared to savings accounts and Certificates of Deposit (CDs). However, after the March 2020 stock market crash, there are many solid blue-chip stocks, with the dividend yields ranging from 3% to even 6%. Therefore, for investors, looking forward to building a high-yielding income portfolio, there can be some better options at the market.

In conclusion, we can say that Kroger stock might be a decent choice for growth-orientated investors, who also like to have some additional income from their investments. At the moment the shares are quite reasonably priced, however, if the current long term uptrend continues, we can reach the point where that might no longer be the case.