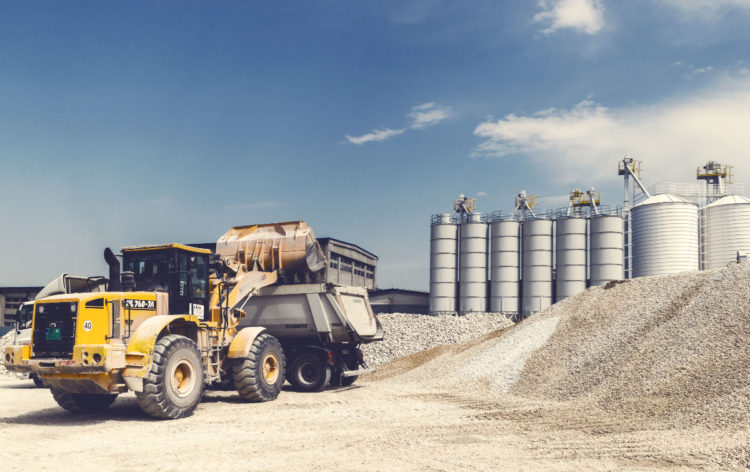 As the trading opened on the London stock exchange, the shares of Ashtead Group PLC has made rapid gains, rising by 14%. The stock previously closed at 2,417p, after today’s advance it has reached 2,764p.

The catalyst for this recent move was the announcement by the company, according to which the firm maintains its final dividend at 33.5p, at the same level as a year ago. Today Ashtead Group PLC its quarterly and annual results. According to the report, during the quarter the company revenues fell by 1%, shower on an annual basis this type of income increase by 8%, rising from £4,138 million a year earlier to £4,606 million. In the case of the total revenue, during the first three months of 2020, it fell by 2%. However, here again, on an annual basis, the total income has risen by 9%, reaching £5,054, compared to £4,500 million during the previous year.

Despite the resistance of the results, the outbreak of COVID-19 still led to some setbacks for the company’s finances. During the last 4 quarters, the annual profit before taxation fell by 7%, declining from £1,059 million from a year ago to £983 million. This was mostly the impact of the first three months of 2020, during which the profits fell by £111 million, compared to the same period in 2019. As a result, the company earnings per share indicator also declined by 2% from 166.1p in 2019 to 162.1p.

So as we can see so far the company has weather the storm of the economic downturn quite decently. It goes without saying that the outbreak of COVID-19 pandemic, subsequent travel restrictions, and lockdowns have done their fair share of damage to the company’s finances. However, unlike in the case of hundreds of companies, here the losses were quite minimal. The fact which also had its implication on its share price developments as well.

So how did Ashtead shares perform during the last 12 months? Well, the stock was in steady uptrend from June 2019 until February 2020. During this period the share price has risen from 2,000p to an all-time high of 2,797p.

After this development, the Ashtead share fell victim to the February-March stock market crash. Dropping from 2,797p to all the way down to 1,300p withing a 4 week period. This means that in such a short period of time the stock has lost more than 50% of its value.

However, unlike so many other stocks, Ashtead shares were quick to regain their losses. During the next three months since the stock market crash, the stock has risen steadily and with today’s gains, it is just 32p away from surpassing an all-time high level. When the majority of FTSE 100 stocks still struggle to erase their March losses, this is indeed an impressive run.

The only problem with this steady appreciation is the fact that now many investors and commentators might conclude that Ashtead group shares would be now very expensive and it might be too late to enter the market. So are those share overvalued? Well, in order to answer this question we need to take a look at some indicators.

As the official company reports suggest, the Earnings per Share (EPS) indicator of the firm currently stands at 162.1p. This means that at current rates, the Price to Earnings (P/E) ratio is around 17.05. Now, this does not mean that the Ashtead shares are undervalued, but they are not on the overvalued territory either. Here one can conclude that on P/E basis it is fairly valued. Therefore, the stock might still rise to a certain extent. However, considering the relentless run and the fact that it has already returned to February levels, the potential for capital appreciation is rather limited. So for those growth investors, looking for undervalued securities, this might not be the best option.

The firm has quite a solid dividend payment history. According to the official website, the company started to make payments to its shareholders back in 2007. By that time the annual dividend amounted to just 1.93p per share. During the subsequent years, the Ashtead group has raised its payouts steadily until it reached 40.65p. So the company does not have a track record of returning money to shareholders for several decades. However, the average growth rate of dividends is 26.4%, which is quite impressive.

According to the Financial Times, the payout ratio of the firm is just above 23%. This means that the management of the company has plenty of space to cover those dividend payments, even if it faces some decline in terms of its profitability. Perhaps such a large margin of safety was one of the reasons why the company has decided to keep those payouts unchanged at current levels.

Unfortunately, the recent rapid rise of the price made the Ashtead shares rather unattractive for income investors. The main reason behind this is that the current dividend yield of the stock is 1.47%. This not really attractive return for market participants. There are still some high-yielding savings accounts and bonds which pay similar interest rates, with the difference that in case of those investments, the principal of the investment is secure and is not subject to market fluctuations. Therefore it makes very little sense for the income investors to buy Ashtead shares at currently elevated prices when they can earn similar returns on fixed-income investments.

Also, it is worthwhile to point out that if an individual wants to invest in the stock market for this purpose, there are plenty of dividend-paying stocks, which have decades of history, returning money to shareholders, which currently have a dividend yield of 3% to 4%. So when it comes to income investing, there is a large number of choices at the market, especially after the March 2020 stock market crash.

Many decent blue-chip stocks still have not yet fully recovered from those losses and consequently can offer decent bargains to those people, currently interested in income investing. Therefore investors do not necessarily have to settle for a 1.47% yield when there are indeed plenty of more lucrative opportunities in the market.