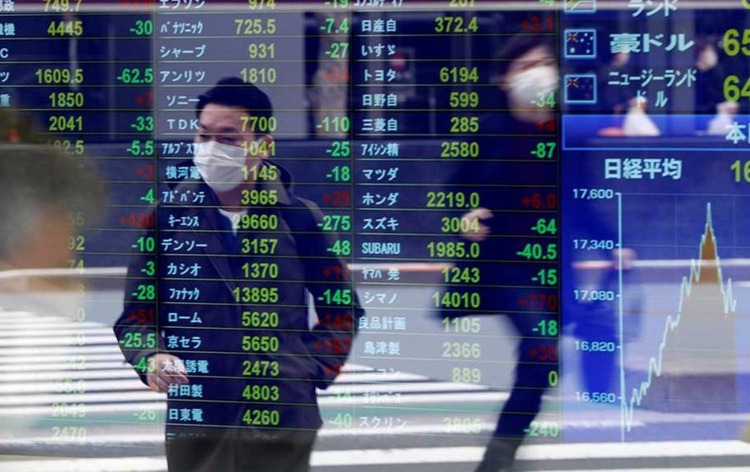 The Asian stock market started the week lower. The movements in the market on Monday showed that the majority of stocks in the region were down. One of the main drivers of the slow trading market in the region might have been Japan’s lower growth output as well as the slowing down of Chinese manufacturing. Indices measure the markets of Shanghai, Tokyo and Hong Kong were down on Monday, while the Seoul as up.

On the other hand, Wall Street ended last week with monthly gains of about 0.5%. One of the main drivers of the increasing share prices in the American trading market is the recovering economy and faster Covid-19 vaccine rollout.

Movements in the Asian market

In the Asian market, one of the biggest underperformers on Monday was Japan. The country has extended the state of emergency because of increasing coronavirus cases, which is affecting the economy of the country. Stocks in other huge economies of the region, Hong Kong and China have dropped as well. As for the global stocks, they seem to be near a record. According to leading stock brokers around the world, one of the biggest reasons for the increase might be connected to the ongoing recovery globally.

More specifically, the Shanghai Composite Index was done 0.2% on Monday. Recently, the statics agency in Shanghai reported that manufacturing activity was steady throughout the month, and also noted that the signs of rebound were leveling off. As for the Nikkei 225 of Tokyo, it decreased as much as 1.2% on Monday. Retails sales in May in the country have falls as much as 4.5% compared to the month prior.

As for the factory output, it was also lower than previously expected, which has put additional pressure on the stock market. Hong Kong’s Hang Send was down about 0.5%. One of the only markets up was Seoul, which went up less than 0.1%. As for India’s Sensex, it also opened 0.5% up.

As for Wall Street, here, the S&P 500 ended the Friday and the last trading week with a 0.1% increase. May was very bumpy for the index, as traders were focusing on many different factors that were going against each other, such as the economic recovery of the country as well as higher inflation. As for the Dow Jones Industrial Average, it was up 0.2% on Friday. Nasdaq, full of tech companies gained around 0.1% on Friday. As for the energy markets, the US crude oil was up 40 cents on Friday per barrel. As for the US dollar, it was down in a number of pairs.

As many countries around the world are awaiting economic recovery, some experts are worried that even fast vaccination might not be enough. The United States is one of the countries where vaccination is very fast. The country has already delivered as much as 294 million doses of the Covid-19 vaccine, and there are over 134 million people who have already been fully vaccinated, meaning that they got all the jabs that were needed. The country has fully vaccinated 41 percent of its population. The high vaccination numbers in the USA are helping the economic recovery, however, some are worried about higher inflation.

Half of the US adult population is fully vaccinated against Covid-19, according to CDC data https://t.co/tr4gVCw35Y

According to official data, worldwide, more than 1.84 billion jabs have been already administred. Among the most successful countries in terms of vaccination are Israel, UK, the USA, and many others. Israel has already fully vaccinated over 57 percent of its population, while the UK has fully vaccinated 37 percent of the population.

The higher vaccination is helping economies around the world to recover faster. However, the worries about higher inflation in leading economies around the world are also creating a lot of worries. Because of this, experts are saying that traders should stay up to date with ongoing events in the market by following different types of news releases.

Inflation is very high in a number of huge economies around the world, including the USA, where inflation hit 13-year highs. This could further affect the financial markets around the world.