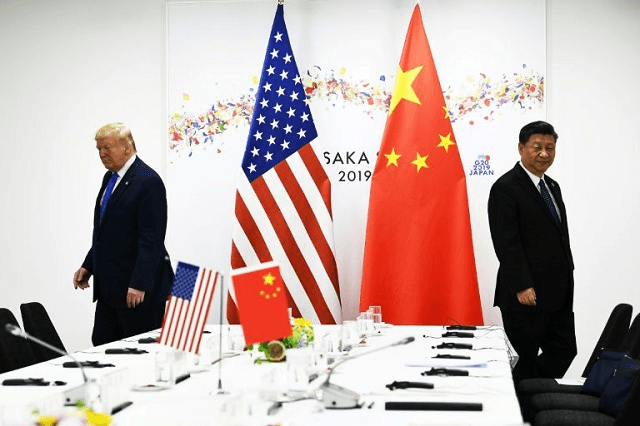 Australians are boiling with anger after the US-China trade war escalated over the weekends. The two leaders of the nations, Xi Jinping and Donald Trump announced additional tariffs on each others’ goods, with China adding well over $75 billion’s worth and the US answering with an increase fro 25% to 30% on most of the imported goods.

The estimated loss to the Australian economy is anywhere between $23 and 24 billion over the course of the weekend.

This doesn’t even factor in the inflation of the AUD, which tumbled down to $0.67. Overall, the Australian market took a major hit in a trade war it isn’t involved in.

Regardless of what kind of relationship you may have with either the US or China, losing $24 billion is simply unacceptable.

The biggest industries to take the hit were Australian iGaming operators due to inflation, and the Australian energy industry which saw thousands of sell-offs within seconds.

Who will bleed out first?

The trade war has basically been turned into a game of survival at this point. Both China and the United States are testing each others’ capability to survive a deficit of trade. Knowing how they’re both the largest economies in the world, having one of them just throw in the hat is going to take at least a couple more years or a change of governance.

Regardless though, this damage to an uninvolved economy is definitely going to put some pressure on any further relations between the three countries. The political landscape of US-China is already going down the sink, but that doesn’t mean that other nations will allow being dragged in alongside them.

Is the damage permanent?

Although $24 billion seems a lot for Australia to lose over the weekend, it still isn’t too big of a chunk of the local stock market. It’s likely that buy-backs will initiate within this week and revive the market once again, considering how bulls will be rushing in to ride the recovery wave.

But, it’s definitely not going to remain so stable for long if the US and China continue their economic shenanigans and put almost all of the Eastern hemisphere at risk of recession.

Talks are already in motion of a recession coming in 2020, but there isn’t enough evidence quite yet.

Naturally, we all remember the disaster that was 2008, and it wasn’t that big of a tumble. Now though, an even larger recession is being predicted, especially in places like the United States where economic inequality is starting to rampage throughout the whole nation. People are starting to fear that even large companies that can take the hit, will be unable to retain most of their employees, thus causing an even worse sink.

Considering that the majority of 20-30-year-olds don’t have emergency savings, the hit to consumer spending is going to be enormous.