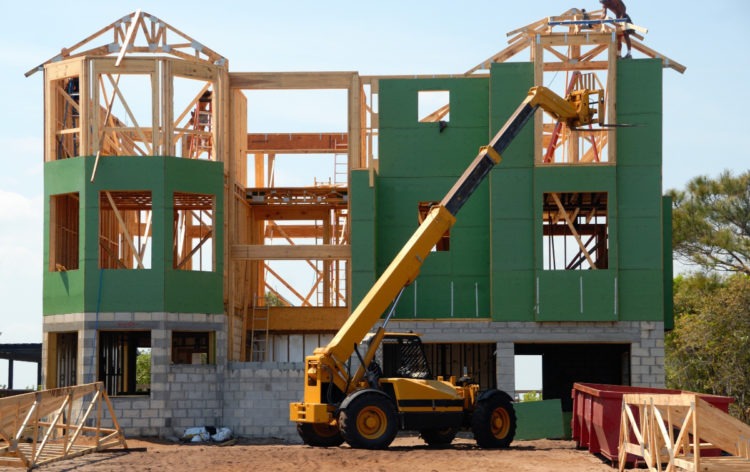 During the Tuesday trading session on the London stock exchange, the shares of Barrat Development PLC has gained 5%. On Monday the stock closed at 499.2p, however, after today’s appreciation it has reached 524.6p.

The move came after the firm announced the acquisition of the 100% stake in Oregon Timber Frame, one of the largest timber frame manufacturers in the United Kingdom. According to the Scottish Business News, during the last 3 years, the company has already built 5,500 homes, using a timber frame construction. Barratt Developments already builds the majority of its properties with this method in Scotland and increases its usage in England and Wales. In fact, as Scottish Business News suggests, by 2020, the firm will build at least 20% of its homes, using a timber frame.

Obviously, the company can always purchase the necessary material from suppliers. However, all those providers do include some markups in their prices in order to make some profit. Therefore, by acquiring a 100% stake with the Oregon Timber Frame, the firm can now cut its raw material costs and remove the middle man from the equation. This, in turn, can certainly help the company to significantly increase its profit margins and delivery larger payouts to its shareholders.

The Chief Operating Officer of the firm, Steven Boyes made the following comments about this transaction: ‘Barratt is committed to increasing the number of homes we build using offsite construction as part of our overall volume growth aspirations and to mitigate the current skills challenges facing the industry. Oregon is the perfect company to help us do that, with a highly experienced management team, a skilled workforce, and a high-quality product.’

The firm is one of the largest homebuilders in the United Kingdom. According to the company’s official 2019 annual report, during that year Barratt Developments has built 17,856 houses. At the same time, the firm owned and controller more than 80,000 land bank plots, operated 370 sales outlets, and employed more than 6,500 people.

As the report suggests, the management has adopted several medium-term targets for its operations. Firstly the firm aims to achieve a 3% to 5% growth per annum in wholly-owned home compilations. The firm has already achieved a 2.6% increase during the previous year, therefore, it is a quite achievable and realistic target.

The management also declared its intention to achieve new land acquisitions at a minimum of 23% gross margin. The firm has already managed to raise this indicator from 19% back in 2015 to 22.8% in 2019. This means that the company has to increase its gross margin by 0.2% to hit its goal.

It is worthwhile to mention that the Barratt Developments has not only set purely financial aims. Some of them cover other areas. For example, one of the firm’s stated goals is to maintain its 5-star customer satisfaction rating. This is measured by an independent HBF agency, by surveying homebuyers, whether or not they would recommend Barratt Developments to their friends and family.

This shows that the company takes the consumer satisfaction very seriously. This makes a lot of sense since in the housing industry trust and confidence can play a big role in the long term success of the business. According to the 2019 annual report of the firm, in June 2019, the average house prices in the United Kingdom stood at £230,292. This means that the potential clients of Barratt Developments have to pay hundreds of thousands of pounds for the purchase of their homes. It goes without saying that all those people will be careful to ensure that they made the right choice when it comes to the quality of their new houses.

Obviously in every type of business reputation plays some role in company sales, however, in this case, it is even more important, since, with Barratt Developments, the consumer is not just buying a $1 soda drink, but purchasing properties which can cost life-changing sums. Therefore, the fact that so far the firm manages to maintain a 5-star rating in consumer satisfaction, the company is well-positioned to expand its sales.

The stock had a quite decent run during the previous year. From June 2019 until February 2020, the stock made consistent gains, rising from 565p to 878p. The last time the stock reached those levels was a way back in 2006. Therefore, by February 2020, the Barratt Developments shares managed to erase all of their losses, suffered during the 2008 great recession.

Despite that development, the bull market for the stock was cut short by the arrival of the COVID-19 pandemic. From the second half of February 2020, the shares fell sharply, eventually dropping to 365p by the middle of March. After this major setback, the stock started a steady recovery, settling withing a 500p to 600p range during June 2020. The Barratt Developments shares did try to break above 600p level during the beginning of the month, however, this advance was rejected and it dropped all the way down to 499p. From this point, the stock needs to rise by 70% in order to return back to February highs.

Earnings per Share (EPS) indicator for the firm currently stands at 73.3p. This suggests than the Price to Earnings (P/E) ratio is 7.16. Therefore, we can conclude that the stock at current prices can be significantly undervalued.

The firm has steadily increased its payouts to shareholders. The management has raised its annual total dividend from 5.7p per share during 2013 to 29.1p per share by 2019. In addition to those payouts, the company also rewarded shareholders with a special dividend of 17.3p per share, the third time in a row since 2017.

In the aftermath of the outbreak of the COVID-19 pandemic, the firm has announced its decision to temporarily suspend dividend payments and reconsider this issue by September 2020. Therefore, so far it is not clear, whether the company will be in a position to restore its dividends to the previous levels. If this will be the case, then at current prices the dividend yield of the stock will be 5.5%, which can be quite an attractive rate of return.