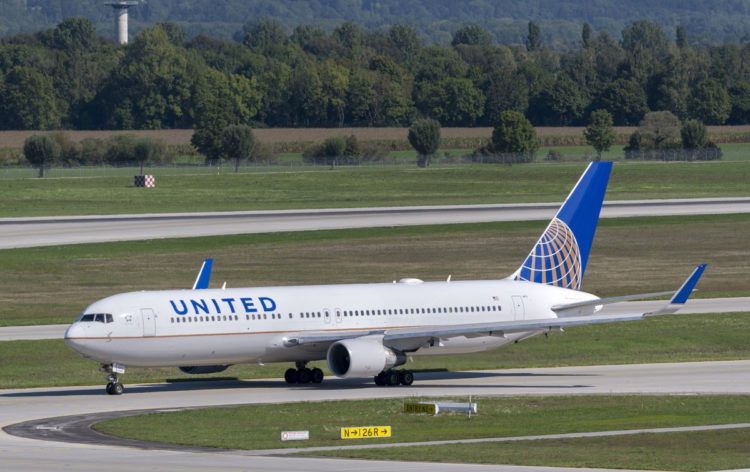 During the Monday trading session in the New York stock exchange, the shares of Boeing Company (BA) have made massive gains, rising by 13%, currently trading at $231.50. The stock previously closed at $205.43, so during a single day, it has gained around $25.

The move came after the Goldman Sachs analyst Noah Poponak kept a buy rating on BA stock, with a price target of $238. Despite this positive development, the company is not out of woods just yet. According to the first-quarter report,  the revenue for the first three months of 2020 amounted to $16,908 million, which was 26% lower than a year ago. At the same time, the net loss of the company reached $641 million, instead of $2,149 million back in 2019. Finally, the firm has also reported a negative cash flow of $4,302 million during the same period.

Despite those challenging investors seem to be quite optimistic about the company, especially after most post-COVID 19 travel restrictions have been often by the governments across the world. This can certainly help the declining revenue of the company. However, the actual second-quarter report is scheduled to be released by the end of July, therefore it is difficult to talk about the exact numbers before the publication of this document. Currently, the stock has a market capitalization of $129.2 billion, with shares in circulation exceeding 564 million.

The price of Boeing shares has mostly moved sideways during the months leading up to the outbreak of the COVID-19 pandemic. The stock was confined within $300 to $360 range, from June 2019 until late February 2020. As the governments across the world started to impose travel bans, forcing the entire fleets of major airline companies to be fully grounded by March 2020. As a result, the Boeing shares dropped dramatically, eventually falling to $97.71 during the middle of the month.

From this point BA started to recover, mostly fluctuating between $120 to $150 range. It was only at the beginning of June 2020, when the price decisively broke above $150 level, reaching $230 just in a matter of several days. Despite this impressive run, the stock still needs to gain 40% to return back to February levels.

Before this economic downturn, the firm paid a quarterly dividend of $2.055 per share, which amounts to $8.22 per share in a year. So if the company has maintained the same payout policy than the stock will have a dividend yield of 3.6%. However, after making the last payment to shareholders in March 2020, the board has suspended those payouts. It is not clear whether this is just a one-off decision, or whether this suspension will persist for years. Obviously, this will be mostly decided by the future financial performance of the company. The loss per share indicator is currently at $6.05.

The fact that many airlines resumed their flights does not necessarily mean that the company revenues will recover in a short space of time. The problem here is that the heavy majority of airline companies suffered heavy losses during the outbreak of the COVID-19 pandemic. Some of them were forced to seek a bailout from their respective governments, sometimes even giving up some portion of company shares in exchange for support. One obvious example of this is Lufthansa, which had to give up 20% of its stake to the German Authorities in order to access the bailout funds. At the same time, many airline companies also have to suspend their dividends to shore up their finances and ensure the long term survival of their firms.

As a result, the management of those companies implemented additional measures to stabilize their financial situation. One way to achieve this was to cut capital expenditure dramatically. This in turn means delaying the deliveries of new aircraft from producers, as well as reducing the sizes of new orders. This is exactly when Boeing comes into play, all those decisions had a very negative effect on the company’s revenues.

At some point in the future, those airline companies might decide to restore their capital expenditures to pre-2020 levels, however in order to do this, those firms have to restore their profitability at least to a certain extent, as well as shoring up their financial reserves. It goes without saying that this process might take many months and most likely the recovery will be extended into 2021. As some senior executives in the airline industry mentioned, most likely it will take 2 to 3 years for the sector to fully recover from the damages of the outbreak of COVID-19 pandemic. Therefore, at this stage, expecting a massive rally of Boeing shares might be premature.

On the positive side, the company increased its cash reserves to $15 billion. It is helpful to remember that by the end of 2019, this number stood at just $9.5 billion. This means that the management has enough money at hand to address most of the firm’s immediate challenges.

However, the problem here is that this was achieved by dramatically expanding the company’s debts. The liabilities of the firm have risen from $27.3 billion to $38.9 billion. This means that just in 3 month’s time, the management has added $11.6 billion to the company’s debts. This has already had its effects on the firms of finances. During the first three months of 2019, Being spent $123 million on the interest expenses. This number more than doubled during the first quarter reaching $262 million. Most likely the expenditures in this category will be much higher during the second quarter of 2020, considering the massive expansion of the firm’s borrowings.

This suggests, that even if Boeing’s revenues recover from this economic downturn and return to normal levels, the company might need some time to repay some of its liabilities and in general, get its finances in order. Therefore, it is highly unlikely that the management will be able to restore dividend payments to the previous levels. It is far more likely that the firm might cut those payouts by certain percentages and take it from there, as it happened in the case of Pfizer for example. Therefore, this stock might not be the best option for income investors.