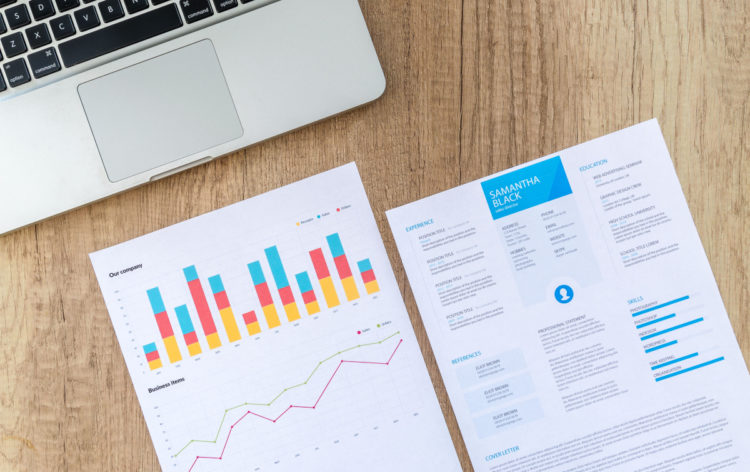 During recent months, the Accenture PLC shares have made some notable gains. Yesterday was especially notable in that regard since during the session the stock advanced by more than 7.5%, closing at $217.32.

The possible reason behind this recent move was the release of the latest quarterly earnings of the firm. According to the official report, the firm’s revenues have reached $11,100 million, which was 4% higher compared to back in 2018, when this indicator stood at $10,695 million. Actually those numbers were influenced by the negative currency impact of 4%. So if we measure the company’s earnings in local currencies, then the rate of growth will be 8%, which is quite a significant achievement, especially considering the enormous challenges of the outbreak of COVID-19 pandemic.

The largest income growth came from North American countries, where the sales have climbed by 9%. Two main activities of the company are outsourcing and consulting.

It seems like the company regularly invests its cash surpluses in income-producing assets. This can be a very prudent long term strategy that can pay significant dividends for years to come.

As we can see from this diagram, the stock made some steady gains from June 2019 until February 2020. Throughout this period the shares have risen from $183 to $216. Despite this development, Accenture stock dropped sharply during the March 2020 stock market crash. In less than 4 weeks of trading, the shares fell from $216 all the way down to $144. Later that month, the panic selling in the market finally ceased. As a result of this, the stock had some relief rally and this uptrend continued for the next three months. Yesterday’s trading session was important in the sense that by rising to $217 level, the stock has erased all of its losses since the recent stock market crash.

This is important in many ways. Firstly, it is indeed an important achievement, since the majority of S&P 500 stocks have not yet fully recovered from those losses and still struggle to return back to February 2020 highs. Also, this development signals that the company has gained the confidence of investors, which can have quite a positive effect on future share prices.

The company has its headquarters in Dublin, Ireland. However, the firm is listed on the New York stock exchange and uses the US dollar as the reporting currency. Consequently, the management also determines its dividends in USD.

When it comes to the latter subject, it is worth noting that the firm has been returning money to its shareholders since 2005. By that time the annual dividend had amounted to just 30 cents per share and was paid just one per year. During the subsequent years, the management has steadily increased the rate of those payments and by 2009 it reached 75 cents per share. However, due to the challenges of the great recession, the board had decided to backtrack on those payouts and reduced it to just 45 cents per share during the next year.

Despite this setback, the company has resumed its progressive dividend policy from late 2011 and even decided to move on to semi-annual payments. As a result by 2019, the total annual payout to shareholders has reached $1.96 per share. By the end of the year, the management also announced that the firm was moving on to quarterly dividends of $0.80 per share. This means that if the company manages to sustain those payments, by the end of the year, the total dividend can reach $3.20 per share.

Here it is worth noting that this is a significant beneficial change for company shareholders. There are many blue-chip companies that hike their dividend by 9% or 10% per year. However, in this case, we are leading with more than a 63% increase which is significant. Such an increase in payouts in such a short period of time is very rare, even among some of the most successful companies.

At this stage, some investors might be concerned about the sustainability of those payments. However, according to stocknews.com, the payout ratio of the company is 41.7%. This suggests that the management still has plenty of resources to maintain those dividends, even if the company faces some decrease in revenue in the future. So far as we can see it is quite the opposite since the firm’s income is expanding by 4%.

Despite all of its advantages, the stock has two drawbacks. Firstly, the Price to Earnings ratio is currently above 28, which means that the shares might be overvalued. Also, the current dividend yield stands near 1.5%, which is not a very attractive return on investment. Therefore, despite all of the strengths of the company, this might not be the best time to purchase this stock. This might become more profitable if the shares face some correction and become slightly cheaper.