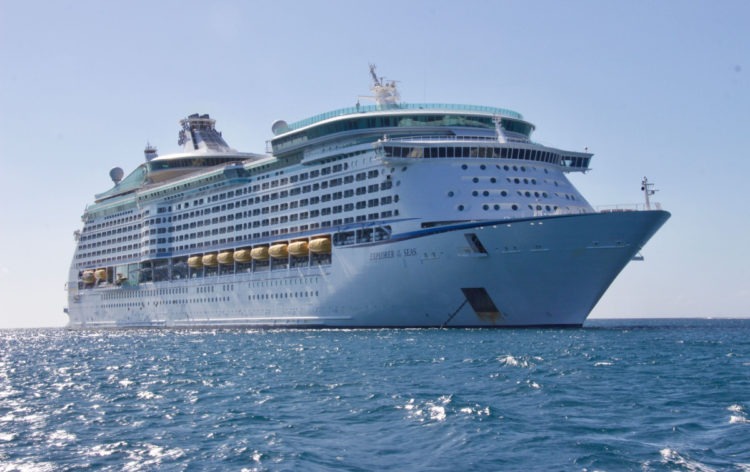 During the Thursday trading session on the London stock exchange, the shares of Carnival PLC declined by 9%. After previously closing at 1,275p, after today’s losses the stock slid to 1,160p.

The move came right after the company published its second-quarter results, which was indeed full of band news for the firm and its shareholders. The report covered the 3-month period beginning from March 1 to May 31, 2020. Firstly, Carnival announced a net loss of $4,374 million. This is in sharp contrast to spring 2019 when the firm posted a net profit of $451 million. It is indeed a major setback, but it is worth mentioning that those loss figures do include $2.0 billion of non-cash impairment charges.

Another alarming development was the fact that during the quarter lost more than 85% of its revenue, with income dropping from $4.8 billion back in 2019 to $0.7 billion during March, April and May combined. Obviously, many companies suffered heavy losses due to the outbreak of COVID-19 and as a result of subsequent lockdowns and travel restrictions, imposed by governments around the world. However, losing 85% of regular income is an extreme case, even by today’s standards.

The company stated in its official report, that the management is in no position to definitely predict when the firm could return to its normal operations. Furthermore, Carnival PLC can not provide earnings forecasts for the future. Those developments only add to the cloud of uncertainty surrounding the company, This can potentially further erode the investor confidence for this stock and can easily lead to further losses in terms of the market capitalization of the firm.

Finally, today’s report further disclosed that Carnival PLC is now holding customer deposits, worth $2.9 billion. This represents another financial problem. This is because, at some point in the future, the firm either has to organize the voyages for which its customers have already paid in cash, or alternatively, paying refunds to those individuals.

One solution to this problem was already announced by the company when it stated that it would give its customers a voucher, the value of which will equal 125% of the sum paid by its clients and can be redeemed until the end of 2021. Now, issuing a 25% refund is very good news for the people who already purchased tickets for their voyages.

The problem with this policy is the fact that now the company has to provide services worth approximately $725 million to its customers, without receiving any compensation.

As the report suggests, the firm’s total cash position stands at $7.6 billion. Unfortunately, this sum is not completely made out of the company’s reserves. A significant portion of this amount comes from the credit facilities from commercial banks. So in case of necessity, the management can not simply spend those sums, without incurring a significant interest expenses and loan repayment costs. Consequently, it goes without saying that the firm has plenty of challenges going forward.

In response to those financial difficulties, the management has already announced a number of decisions in order to address the terminal decline of the company’s profitability. According to the official report, the firm is planning to reduce its capital expenditures by $300 million. The firm also completed the offering of senior secured notes, worth $6.6 billion. Finally, the company has terminated dividend payments and stock buybacks until further notice.

Those measures can certainly help the company to deal with its current challenges. However, one of the most important and difficult tasks for the management is to restore the company’s revenues and consequently, its profitability.

As we can see from this chart, the Carnival shares became much more volatile recently than before. By June 2019, the stock dropped from 4,030p to 3,400p. However, from this point onwards, the shares mostly moved sideways, with price action mostly confined to 3,000p to 3,600p range. By February 2020, the stock reached a 3,700p level. Despite this development, this surge was rather short-lived, as the Carnival shares began their slide, eventually collapsing to 620p just in a matter of weeks.

After this sharp decline, the stock began to recover, even returning to 1,570p level by the beginning of June. However, today’s poor results have already led to significant selloff and this might mark the beginning of another downtrend for the security.

In terms of valuations, according to CNBC, the current Price to Earnings (P/E) ratio of the stock stands at 3.5. This suggests that the stock might be significantly undervalued on a P/E basis. However, this happens for a good reason. The firm no longer pays any dividends to shareholders, terminated all of its share buyback programs, and faces very serious financial challenges and it is not at all clear that the management will be able to stabilize the situation and regain its lost revenues in the foreseeable future.

The risks associated with this investment are even bigger when we consider the fact that the beta indicator of the stock currently is at 2.37. This means that the stock is 137% more volatile than the FTSE 100 index.

Consequently, investors, who are interested in purchasing those stocks, have to be aware that the value of their investments can fluctuate widely, depending on the market conditions and obviously, also on the financial performance of the company. It goes without saying that this might not be an ideal scenario for those market participants who are worried about preserving the value of their portfolio.

Therefore, despite its undervaluation, purchasing the stock can be considered as a very risky investment, until at least we can get some clarity about when the company can fully resume its operations. Since so far the representatives of the firm made no indication about when it is possible to achieve that, it might be a good idea to look for better opportunities elsewhere.