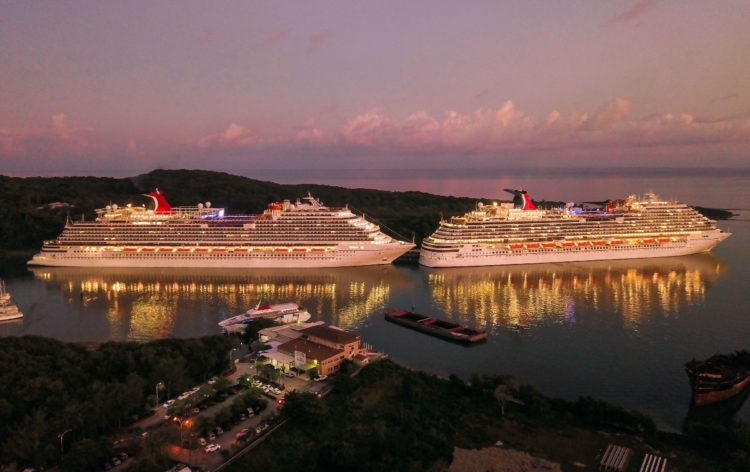 During the Wednesday trading session on the London stock exchange, the Carnival PLC shares fell sharply, dropping by more than 10%. The stock previously closed at 1,501.5p, however after today’s losses the price of this security went all the way down to 1,343.50p.

The move came after the Carnival PLC stated announced that its cruise line Cunard. This decision affected three ships, owned by the company: Queen Mary 2, Queen Victoria, and Queen Elizabeth. The first two of those will suspend their operations until November 1, 2020. In the case of Queen Elizabeth, this suspension will last until November 23, 2020. According to the Morningstar, this decision was mostly a result of the lingering effects of COVID-19.

Those customers who booked the recent destinations will receive a 125% credit, which they can use with any booking before the end of 2021. So essentially, those disappointing clients of the firm can receive a 25% bonus on their original purchases. In this short term this step might reduce the firm’s revenues slightly, but keeping one’s customers happy is indeed a good long term business strategy.

During the last few years, the firm also has made some progress in terms of the actual number of carried passengers, raising it from 10.8 million back in 2015 to 12.9 million in 2019. During the same period, the management has also increased the number of ships from 99 to 104. Despite all of the difficulties faced by the company after the outbreak of the COVID-19 pandemic, the firm still intends to add the fourth ship to its Cunard fleet by 2022.

The share price of Carnival PLC stayed very stable, trading within 3,000p to 3,600p range from June 2019 until January 2020. After the outbreak of the COVID-19 pandemic, the travel bans imposed by the governments across the globe also affected cruise liners as well. Consequently, Carnival PLC was forced to halt most of its operations for several months.

The financial results of those events were quite predictable. According to the first-quarter report, the firm reported a net loss of $781 million. At the same time, the loss per share amounted to $1.14.  As the statement suggests, the impact of COVID-19 on the first-quarter losses was approximately $0.23 per share. This mostly includes canceled voyages and other similar disruptions. Obviously, this compares very poorly to the first-quarter results back in 2019, when the company has reported a profit of $336 million.

As the firm faced those financial problems, the shares of Carnival PLC fell dramatically, dropping fro 3,500p from January 2020 to around 600p by April 2020. It goes without saying that, during this period, many companies suffered dramatic losses in terms of their market capitalization. However, what happened here was even more dramatic, than in the case of many other firms. Just in a matter of 3 months, the Carnival PLC shares lost approximately 83% of its value. This was a very serious blow for the company investors.

On the upside, the stock did manage to recover some of its losses during the next two months, eventually rising from 600p in April to above 1,500p during the early June 2020. However, even from that point, the stock needed to gain approximately 133% in order to return back to the January levels. What we see instead is that the company shares simply resumed their decline, now falling below 1,350p level.

As mentioned before the main driver behind the recent decline of the share price was the announcement of the company, extending a pause of operations for 3 of its ships. Obviously, this does not represent the entire fleet of the firm, however, after already suffering hundreds of millions of dollars in losses during the first quarter, this can make the company’s financial situation even more difficult. At this stage, many airline and Cruise line companies are doing their best to resume their operation as soon as possible, in order to regain most of their lost revenues.

So here in the long term, the management of the company might be making a mistake. There is no government decree which bans sea travel until November 2020. So after some time, this can prove to be a self-imposed pain for the company.

Since then, the rate of those payments remains unchanged. Despite its current financial difficulties the fir still maintains those quarterly payouts. This makes the current dividend yield of the stock very attractive, which currently is higher than 11%. So in times of near-zero interest rates in most developed countries, this seems quite a good bargain for income investors across the globe. However, here the problem is that so far it is not clear whether the company will be able to maintain those payments. At the moment the payout ratio of the firm is 81%, so it becomes increasingly difficult for the management to afford those dividends.

Consequently, either the company must regain its lost revenues or alternatively consider cutting those payouts, just it did during the 2008 great recession. According to CNCB, the company has the price to earnings (P/E) ratio close to 4.1, so by this measure, the stock can be considered quite cheap. So this stock might be attractive for some growth investors as well. The downside for buying this security is that it is difficult to predict whether the management could overcome its challenges.