Caterpillar Stock Rises by 5% as Company Maintains Its Dividend Payments 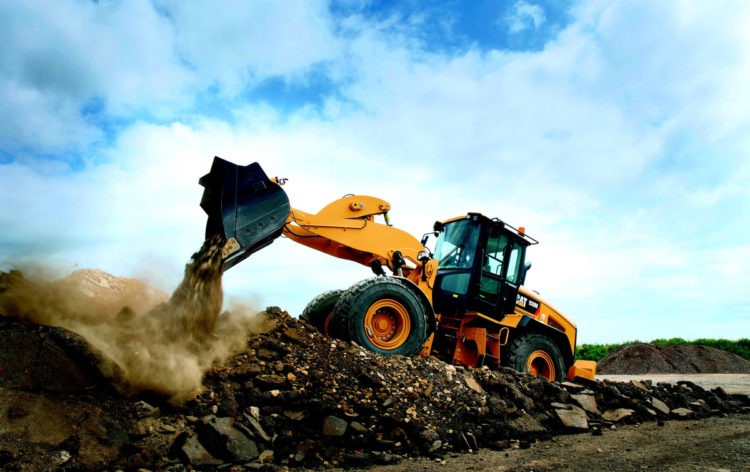 As markets opened on Tuesday on the New York stock exchange, the shares of Caterpillar Incorporated (CAT) have jumped by 5%, rising from the previous close of $123.63 to $130.01 level.

The move came after the board of directors of the company voted to maintain the quarterly cash dividend of the company at $1.03 per share. After the outbreak of the COVID-19 pandemic, many companies faced serious losses due to the subsequent economic downturn, as well as because of lockdowns and travel restrictions. In response to the declining revenues and reduced profitability, the management of several companies resorted to dividend cuts to save money. Some of them have gone even as far as to eliminate the payouts to shareholders entirely.

This created a certain degree of expectation in the market that the Caterpillar executives might come to the same conclusions and reduce payments to shareholders. Fortunately, the firm decided to maintain those payments, which was indeed a very encouraging piece of news for investors. This decision clearly shows the determination of the management to return money to its shareholders, even during the economically challenging times. However, due to the uncertainty brought by the outbreak of the COVID-19 pandemic, the company board prudently decided to postpone the dividend increase until the next year.

How did Caterpillar Shares Perform During Last 12 Months?

Caterpillar stock has experienced a great deal of volatility during the last 12 months of trading. In June 2019, the shares were trading near $130 level. Just in a matter of one month period, the stock has risen to $139. However, this was proven to be very short lives, as the security collapsed to $115 level by August 2019. From this point onwards the stock has made some steady gains, until reaching a peak at $150.53 mark in January 2020.

The stock already began its slide during the second half of the month. However, this downtrend was accelerated by the February-March stock market crash. By the middle of March, the shares already collapsed to $91.85 level, losing more than 1/3 of their value in the process.

After this development, the stock started to recover and did regain most of its losses by June 2020. In fact, from current levels, the Caterpillar shares only have to rise by 15% in order to return back to January highs. Faced with those developments, many investors and commentators might consider whether the stock has already become too expensive at current levels.

In order to answer those types of questions, we need to take a look at the financial indicators of the company. The Earnings per Share indicator of the firm stands at $9.43. This means that the Price to Earnings (P/E) ratio of the stock at current market prices is around 13.79. It might be quite surprising, but this suggests that the Caterpillar stock is still on the undervalued territory. Consequently, it still has the potential to rise to $150 in the foreseeable future. Therefore, this stock can be a useful addition to any growth portfolio.

The Caterpillar Incorporated has a very solid track record of dividend payments. Adjusting for the stocks splits, the company paid a quarterly dividend of 2.5 cents per share back in 1996. During the subsequent years, the company raised the shareholder payouts steadily, until reaching 42 cents per share, by 2008. Due to the economic difficulties brought by the global financial crisis, the company kept the payments unchanged for 2 years.

However, since 2010, as the firm recovered from the effects of an economic downturn, the management resumed its progressive dividend policy. After years of steady increases, the quarterly payout to shareholders has reached $1.03 by the end of 2019. Once more due to ravaging of the economic downturn, brought by the spread of the COVID-19, the board is keeping the firm’s dividends unchanged at $1.03 per share. This means that on average, the company managed to increase its payouts by 17.55%. This is indeed an impressive achievement, for even a blue-chip firm.

This seems very nice, but how about the sustainability of those payments? Well, according to the stocknews.com website, the current payout ratio of the firm stands at 42.4%. This suggests that those dividends are quite safe for the foreseeable future. The company has a very large margin of safety to cover those payments, even in times of an economic downturn. However, just like in the case of many other companies, this does not guarantee that those dividends will always be there. The firm is under no legal obligation to always distribute some of its profits to shareholders. So at some stage, it is always possible that the board might cut those payments as a precautionary measure in times of an economic downturn.

On the other hand, this scenario seems quite unlikely. The company distributes quarterly dividends to shareholders way back from 1933. In fact, the company never cut its payouts for at least 26 years. So it is difficult to imagine the board spoiling such an impressive track record just for precautionary reasons. Most likely it will take some severe losses for the management to take such a step.

The current dividend yield of the stock stands at 3.2%. Considering the current near-zero rate policies of the central banks across the globe, this seems a rather attractive return for income investors. According to the official Consumer Price Index, the long term average rate of inflation in the United States is around 3%. Consequently, any asset which lets investors cover the cost of the falling purchasing power of the currency can be a decent investment, especially considering the fact that currently, the US Federal Reserve holds its rates between 0% to 0.25% range.

So on balance, we can conclude that at current prices the Caterpillar shares are attractive not only for growth investing, but can also interest those investors who are looking forward to building a stable income portfolio. In terms of P/E valuations, the stock is still on the undervalued territory, which might not remain so for long if the current uptrend persists. The shares also have a very decent dividend yield, with the company having a history of consistently increasing payouts to its shareholders.