Home - Trade Insider - Stocks - Deutsche Bank (DBK) Shares are Up by 3% on New Cost-Cutting Measures
Stocks
by Zviad Maisuradze on May 25, 2020 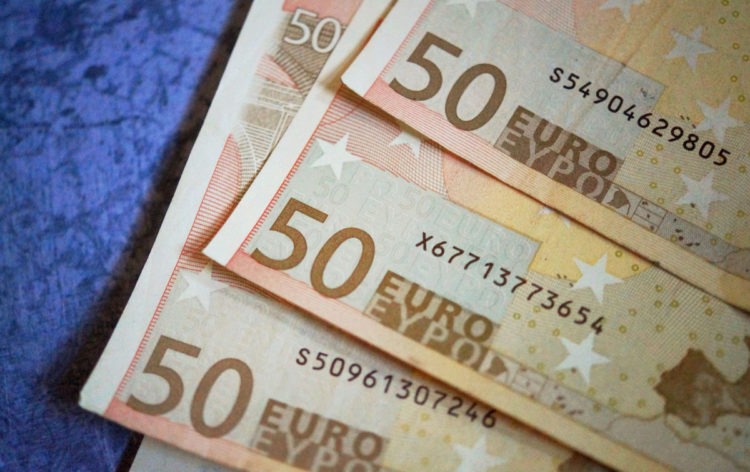 During the Monday trading session in the Frankfurt stock exchange, the shares of Deutsche Bank (DBK) have risen by 3%, reaching €6.90. The move came as the company leadership asked hundreds of its managers to let go of one month’s salary in an act of solidarity and share the hardships of other employees. According to the Financial Times, the Chief Executive Officer of the Bank, Christian Sewing mentioned, he plans to implement €2 billion’s worth of cost-cutting measures, before the end of this year.

At the same time, the company has also announced its intention to cut 18,000 jobs by 2022. The management is also planning to reduce the size of the investment banking division of the bank. The company also intends to close down some of its retail banking branches as well.

During the first quarter of 2020, the bank has already reported a €43 million loss. However, according to the Financial Times, future forecasts are even more pessimistic. As the same source suggests, many analysts believe that the Deutsche Bank might suffer a €1.8 billion loss during the entire year.

This is not the best state of affairs for the firm, however, the longer-term picture is even more alarming. The bank has already reported 5 consecutive years of annual loss. If this trend persists in 2020, then it can have a devastating impact on the investor confidence and future prospects of the company.

The negative tendencies mentioned above also had an impact on share prices as well. In 2014 the stock reached €33. However, since then it is in a persistent decline. By the summer of 2019, the stock fell to just €6. So just in 5 year period, the share lost more than 81% of their value.

As we can see from the chart above, the DBK stabilized during the second half of 2019. Starting from December that year, the shares have risen steadily, briefly reaching €10 mark by February 2020. This led some commentators to believe that the 6-year downtrend was finally over and the stock could slowly but surely reclaim its losses.

However, it was not to be. The outbreak of COVID-19 pandemic, as well as subsequent lockdowns, dashed any hopes of recovery. As the it became apparent that the Deutsche Bank suffered serious losses, the stock fell to €5, much lower than even at the hight of the 2008 great recession. During the subsequent months, the shares recovered and at the moment are approaching €7 mark.

5 consecutive years of losses point at the chronic problem of the Bank being unprofitable. To address the issue, the company leadership is insisting on dramatic cuts in jobs and retail branches. No doubt, this can save considerable money. However, the problem here is that those types of measures will most likely also reduce the overall revenue. So this can easily turn into a vicious cycle of falling income and profitability.

The current price seems quite cheap, compare to previous years. However, if the analysts’ forecasts turn out to be true and Banks suffers heavy losses in 2020, then Deutsche bank shares might fall even further.