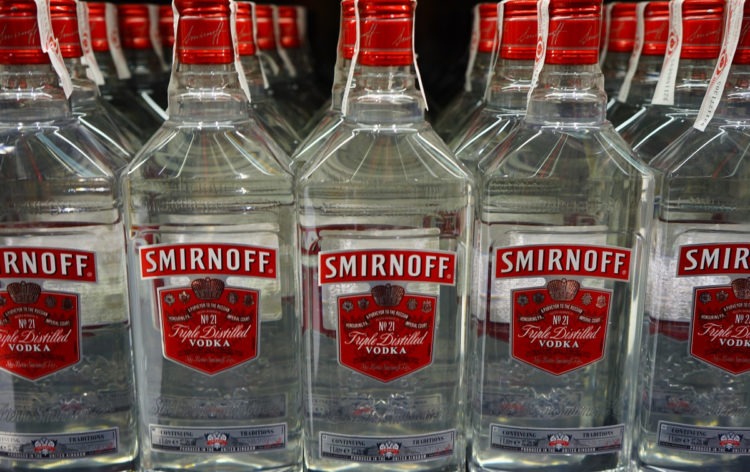 During the Monday trading session on the London stock exchange, the Diageo PLC (DEO) Stock suffered some losses, falling by 3%. The shares previously closed at 2,900p, however, after today’s setback, they trade at 2,817p.

This move came right after the announcement of the company, according to which the firm will delay the publishing of its full-year report for the 2020 fiscal year. According to Business Today, the British regulators have given two full months to Diageo, to prepare its financial statements.

However, as the company representatives mentioned the company only needs just five days to allow for its employees and auditors to complete the process of reviewing and preparing the results. The firm further mentioned that this delay was mostly caused by the necessity of remote working, due to the outbreak of COVID-19 pandemic.

Obviously this does not necessarily mean that the company management has something to hide or have some serious issues with meeting deadlines. The reason for today’s decline was more likely a general frustration of investors since they were waiting for the release of results and this delay led to some of them selling the stock in disappointment. Most likely we can expect a greater deal of volatility, once the actual results come out.

Looking at the Diageo’s stock price chart during the last 12 months, one can argue that the security is in a long term downtrend. The shares were trading at 3,423p by the end of June 2019. After reaching an all-time high of 3,625p, the stock began its long term slide. By the new year 2020, the shares have already dropped all the way down to 3,201p. However, despite this major setback, the more significant move came during the March 2020 stock market crash, when the stock fell to 2,200p.

After this decline, the stock started to recover, and after some fluctuations returned to the 2,800p level by June 2020. So at this stage, the shares are very close to January levels. In fact, Diageo’s stock only needs to rise by around 7% to erase all of its losses during 2020. However, the distance between the current stock price and the all-time high of 2019 is much greater. In this case, the stock needs to rise by 29.5% in order to reclaim this level.

So how likely is that to happen? Is the stock still undervalued? In order to answer those questions, we can take a look at the recent valuations. According to CNBC, the Earnings per Share (EPS) indicator of the company currently stands at 128.66p. This means that at the current prices, the Price to Earnings (P/E) ratio of the firm stands at 21.90. So this suggests that the stock is already slightly into the overvalued territory, but it still might have the potential for a certain degree of capital appreciation.

However, it is worth mentioning that this stock might not be the best choice for growth investing. Firstly, its current P/E valuations already point at the fact that the future gains of this security might be limited. Also, the company is planning to finally release its earnings reports in 5 days.

So unlike with central bank interest rate decisions, it is usually very difficult to predict the result before its publication. Therefore, it might be very risky to purchase Diageo stock right now, since the market reaction to those publications can be very unpredictable. So it might be a much better idea to wait for the market to digest the earnings report and then decide whether or not it is the right time to invest in this company.

According to the official website of the company, Diageo’s dividend payment history goes back to at least 1998. By that time the total annual payout to shareholders amounted to 18p per share. During the subsequent years, the firm steadily increased those payments, even during the 2008 great recession. Taking into account the last two semi-annual dividend payments, the current total yearly dividend equals to 69.88p.

This suggests that on average, during the last 22 years the company has increased its payouts to shareholders by 6.36%, which is very decent since it is more than 2 times higher than the average inflation rate in the United Kingdom.

The current dividend yield of the stock is 2.5%. This seems quite reasonable for income investors, considering that the Bank of England has its key interest rate at 0.1% when the US Federal Reserve keeps its Federal Funds rate well within 0% to 0.25% range.

However, for the sake of accuracy it is worth mentioning that, for those looking for decent returns for their savings, there are even better options. Due to the stock market crash in March 2020, many companies, with a very solid track record of returning money to shareholders, have lost billions of dollars in terms of market capitalization. Therefore, there are many stocks at the market with dividend yields from 3% to 6%. So at current prices, they might represent a better deal than Diageo stock.

In conclusion, Diageo’s shares at current prices might not be the best choice for growth investing, because of their current overvaluation the potential for future gains is rather limited. On the other hand, the stock can be a decent addition to any income portfolio, since the company has increased its payouts to shareholders for at least the last 22 years, which is quite impressive.

Finally, it might be helpful to point out that there are many decent dividend-paying stocks which now offer higher yields than Diageo shares. So it might be better to wait for the price to come down, before purchasing this stock.