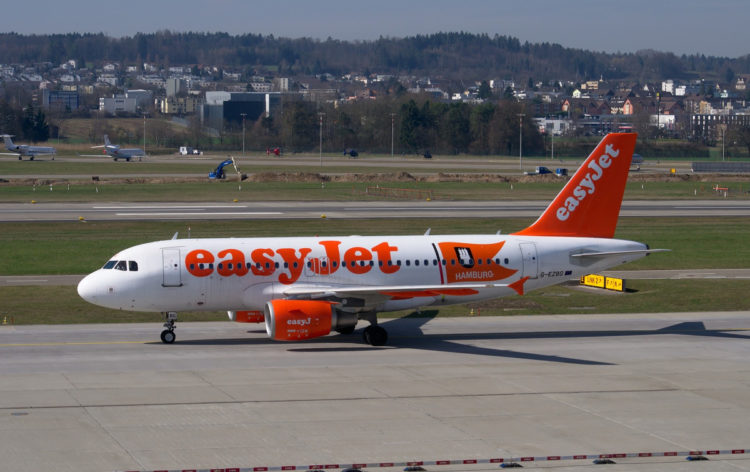 During the Tuesday trading session in London, the price of EasyJet plc (EZJ) shares have reached 583.2p. This is more than 5% higher than the previous close of 551.6p. EZJ was not the only major riser in the sector. Many airline stocks made substantial gains during the last two days.

It goes without saying that the outbreak of COVID-19 pandemic, as well as subsequent travel bans, have inflicted tremendous damage to EasyJet. The company is a low-cost airline, based in London Luton airport and arranges flights in more than 30 countries.

In April 2020, the firm published its trading update for the last 6 months. According to the report, the entire fleet of EasyJet was grounded since March 30th, 2020. As a result, the management does expect a pre-tex loss, ranging from £185 million to £205 million during this 6 month period. Despite this setback, the total revenue during this period did increase by 1.6%.

As the governments around the world started to lifting travel restrictions, this certainly gives the shareholders of airline stocks hope, that those companies can eventually return to profitability. However, the recovery of EasyJet might be even faster than compared to some other firms in the sector. During the economic downturn, more consumers try to save money. As a result, they are more likely to turn to low-cost airlines, like EasyJet, rather than to its more expensive competitors.

The EasyJet stock had quite a strong showing from the Summer of 2019 until February 2020. During this period EZJ has made notable gains, rising from 1,000p to 1,500p. Obviously 50% capital appreciation during such a short timeframe is always quite impressive. However, after the declaration of travel bans in several countries, the airline stocks collapsed, this included EZJ which fell back to near 500p. At the moment EasyJet shares trade near 583p. So as we can see, the stock has a long way to cover before returning to the previous highs.

The current earnings per share of the company stand at 88.6p. At today’s prices, the price to earnings ratio of the firm is around 6.6. This suggests that according to this indicator the stock can be very undervalued.

In 2019, the company paid a total annual dividend of 43.9p per share. So far it is unclear whether the company will be able to maintain the current rate of payout to its shareholders. If the firm manages to achieve that, then the dividend yield of the stock would be 7.5%.

The stock also has a beta of 2.07. This points at the fact that EZJ is more than two times as volatile as the FTSE 100 index. So this might not be the best stock for those investors who do not like a lot of fluctuations in the net worth. However, if the company manages to turn things around, then this stock can be a decent addition to a growth portfolio.

On, the balance we can conclude that EZJ can be significantly overvalued on the P/E ratio and dividend yield basis. However, the problem is that it is unclear when the company could restore its profitability.