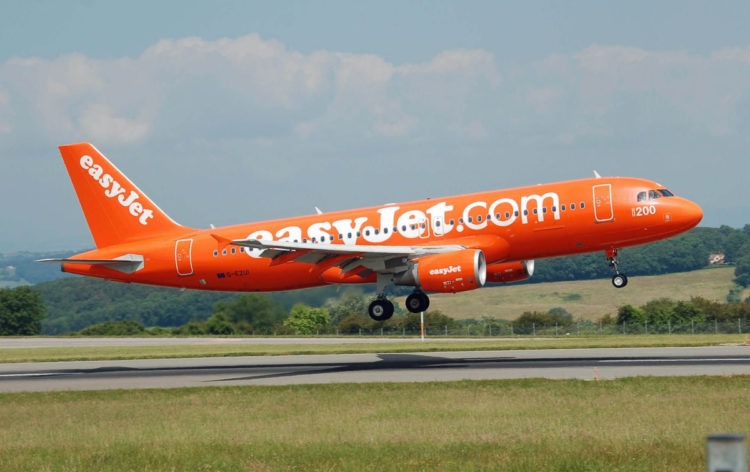 As the trading opened on the London stock exchange on Tuesday, the EasyJet (EZJ) shares gained 3%. The stock previously closed at 706p, today after making steady gains it reached 728.6p.

The move came as the company is able to resume more of its destinations by 15 of June. This will enable the firm to once more restore some of its lost revenues and improve its financial standing.

Despite this good news, the firm is also facing some serious challenges as well. Back in April, the firm released its half years results, which included the financial indicators of the firm for the last quarter of 2019, as well as the first three months of 2020. According to this report, the company expects to deliver a net loss before tax, ranging from £185 million to £205 million. Despite the enormous challenges, brought by the outbreak of COVID-19 pandemic, the firm still manages to grow its revenue by 1.6%, expanding it to £2,382 million.

However, here it might be useful to keep in mind that the EasyJet fleet was fully grounded only by 30 March 2020. Consequently, this recent report only captures two days of those heavy losses, which the firm has suffered as a result of halting its destinations. Therefore, it is highly likely that the results of the second quarter of 2020 can be much worse than the reports we discussed above. This is is not surprising since the entire fleet of EasyJet spent the entire April and May did not make any money for the company.

Obviously, this inevitability is also well grasped by the company’s management. The firm has already deferred the purchase of 24 aircraft. As the Chief Executive Officer of the EasyJet, Johan Lundgren mentioned, the company plans to reduce its capital expenditure by £1 billion over the next three years.

The EasyJet shares had quite an impressive run just before the outbreak of the COVID-19 pandemic. The stock was trading just around 900p in June 2019. During the subsequent months, EZJ made consistent gains, eventually reaching 1,500p level by February 2020.

As the coronavirus spread across the world and governments started imposing more travel restrictions, it became obvious to investors that EasyJet would have to ground its fleet and temporarily suspend its operations. As a result, the stock fell dramatically, losing 2/3 of its value in one month’s time. EZJ eventually stabilized near the 500p to 700p range level. It did try to break out of those levels, but it failed at least three times. The recent surge in the price represents a fourth case when the stock tries to overcome the 700p level decisively. At current prices EZJ trade already above to that level, but so far it is difficult to make accurate predictions.

On the one hand, this can mark the beginning of new uptrend at the end of which the stock could return back to February levels. However, the firm still faces serious financial challenges, so the share price might struggle for months to come.

According to CNBC, the current earnings per share (EPS) stands at 89.34p. This means that the current price to earnings (P/E) ratio is around 8.2. Therefore, based on P/E analysis the stock is significantly undervalued.

Despite the enormous economic challenges for the firm, the management still spent £170 million for the benefit of EasyJet’s shareholders. The company paid the annual dividend of 43.9p. This means that the current dividend yield of the stock is 6%. In times of near-zero interest rates, this seems quite an attractive return for income investors. The long term averages US and UK inflation is running close to 3%. So investors here can potentially earn up to 3% in real terms.

Future of Its Dividend Payments

While discussing the EasyJet stock, it is important to make one distinction. It is right that on P/E basis the stock is cheap and can be a decent addition to any growth portfolio. However, this might not be necessarily the case for income investors. There are essentially two reasons why EasyJet stock might not be the best option in that field.

If we take a look at the company’s payment history to shareholders, it will become obvious that the firm simply does not have a progressive dividend policy. There are many corporations, for example, Coca-Cola, McDonald’s, and others, who raised their payouts to shareholders for decades. Here, in the case of EasyJet, we are dealing with something quite different. The firm sometimes raised its dividend and in some cases cut them significantly. This all depended upon the changing financial performance of the company. So the 6% dividend yield we discussed above is only for illustrative purposes. Considering the recent economic challenges it is highly unlikely that the firm can maintain those payments at that level.

Even if the management tried to keep their payouts to shareholders at 43.9p per share, there is another obstacle. Back in March 2020, the firm asked the UK government for a bailout. After long negotiations, the company finally secured a £600 million loan from the Treasury. This arrangement is different from the one in the case of RBS and some other banks. Here the British government did not become a shareholder of the firm. It just lent some money, which has to be repaid eventually.

However, if the firm could not recover from the recent crisis, then the management might ask authorities for another loan. So here the UK government will be well-positioned to demand the cancelation of dividend payments. EasyJet will not be the first company to face this problem. British Banks did receive substantial support from Bank of England, however, they were essentially pressured into canceling their dividend payments. So we can not rule out that EasyJet might run into the same problems.

This possibility does not imply that things will end up in this way. After all, if the firm improves its financial positioning, it can pay off the bailout loan. After this, things can return to normal and the firm will be in a position resume dividend payments as usual.