European stock markets shaky in the face of international sanctions 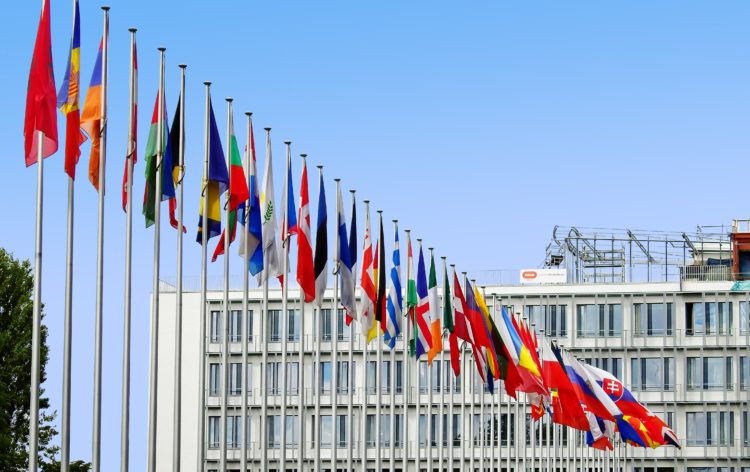 In the wake of the numerous trade sanctions happening around the world right now, the European sessions of the stock market seem to be shaky and in trouble. The expectations for what is to come are pessimistic on the EU markets, and the London Stock Exchange is having many traders become jittery and twitchy as they watch the developments. The results are directly visible in the values of precious metals and safe haven currencies: gold has reached the highest value it has been at in six years, while the Swiss Franc and the Yen are seeing increased demand from all traders. This all comes as a result of the US deciding to impose strict sanctions on Iran as part of the ongoing conflict between the two countries. The sanctions are specifically directed at the Supreme Leader Ayatollah and some of the other top-ranking officials of the country.

The European markets have been shaky for quite some time now, and seemingly with good reason. The Chinese-American trade relationship right now seems to be in a bad shape, even with the upcoming trade talks, while the Iran sanctions are putting further pressures in the international markets. The threat of Brexit is ever encroaching, as it has been over the past few years, and the recent declaration by Boris Johnson that he would do anything for a no deal Brexit are causing traders to further lose hope in the financial markets remaining at rising levels.

Furthermore, the US economy has been hinting at a possible recession in the coming years, by displaying signs of reversal on the stock market. While the economy seems to be the healthiest it has been in a long time, the signs cannot be ignored and they are not being ignored by the top traders around the world.

A lot is riding on the coming Sino US talks, as they will be defining whether the trade wars will continue and whether the markets can remain as healthy as they seemingly have been up til now.

The dangers are shown in the index

The STOXX 600 index, which is the index for the entirety of Europe, fell by 0.3% during the session. This is the result of a recent large scale trade deal that occurred in the Tech sector. The experts within the markets are saying that this is happening because of the global market uncertainty. They think that stress is causing any kind of small news to go a long way in affecting the markets. They expect that this will be the ongoing trend of the year 2019 and that the second half of the year is going to be just as twitchy as it has been up to now.

The EU markets are not the only ones slipping and losing faith in trade. The Chinese Shangai bluechip fell around 1%, despite the fact that the Chinese and US leaders are going to be meeting in the near future. It seems like the world does not have much hope for a positive outcome for anyone in this case.

The Japan Nikkei lost 0.4%, while the S&P is edging a 0.2% lowering at this point. As the markets advance into the year, they seem to be losing steam, despite all of the individual displays of power in the past few weeks. What can be expected is not something we will be predicting in this article, but the general pessimism does not inspire confidence in the future of the markets.