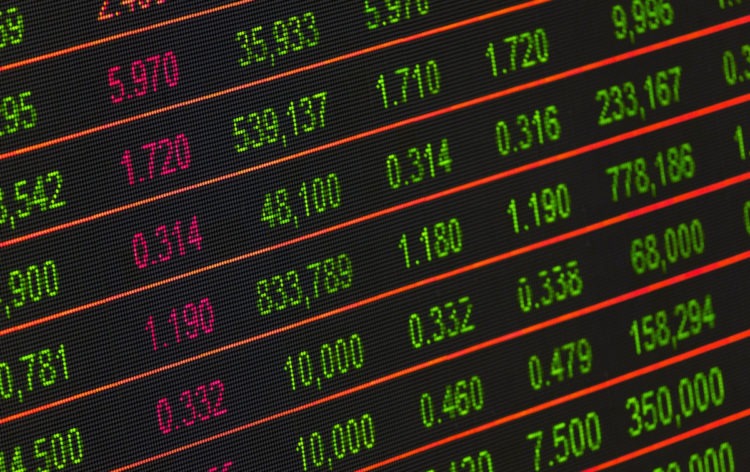 During the Monday trading session on the New York stock exchange, the General Motors Company (GM) stock has climbed by 4%. After previously closing at $25.88, the shares are now trading at $26.92.

The move came as the company announced plans to significantly expand the rate of production at several US factories. The firm also stated that beginning from today, some other locations will also be opened, after mostly being idle for more than 2 months. Some plans in Michigan, Missouri, and Indiana have already started to resume their operations. However, now instead of working on a single shift, the firm will add second and third shifts of workers, in order for those factories to operate on full capacity.

The first-quarter result underlines the difficulties faced by the company. The net revenue of the firm during this period was $32.7 billion. This number was 6.2% lower, compared to a year ago. The decline in terms of profitability was even more notable. As the report mentions, the net income of the company was just $294 million. Compared to the first quarter of 2019, this indicator fell by more than 86%.

Despite those significant setbacks, it is a good piece of news, that the company still avoided the quarterly loss and managed to maintain at least some small degree of profitability. After many other large firms suffered hundreds of billions in losses and were forced to resort to some drastic measures in order to stay in the business. This includes cutting thousands of jobs, dramatically reducing capital spending and slashing the quarterly dividend to just 1 cent per share or canceling those payments entirely.

Luckily, General Motors so far has avoided those measures.

As we can see from the chart above the stock was rising during June and July 2019, eventually reaching $40 mark. This essentially market an end to this uptrend. After this point, GM began to decline and slowly lose ground until settling near $35 level. The outbreak of COVID-19 pandemic and subsequent lockdowns had a very negative effect on the stock market in general. GM shares were no exception, as they collapsed to just $15.

However, unlike many other securities, after March 2020, General Motors’ stock did regain a significant portion of its losses. GM is currently trading just below $27 mark, only 23% lower than back in February. So if the current trend continues the stock might return to $35 before the end of this year.

The current earnings per share (EPS) indicator of the company stands at $3.27. This points at the fact, that at current rates the price to earnings (P/E) ratio is around 8.2. Therefore, we can conclude that on a P/E basis, GM is significantly overvalued. Obviously, if the current uptrend of the stock price continues, at some point in future this might no longer be the case.

This stock also seems attractive in the sense that it has a quite decent dividend yield, currently close to 5.6%. In times of near-zero interest rates, this can help income investors to achieve some reasonable returns on their investments. After all, it was back in 2008, when an individual could get that kind of return on Certificates of Deposit or savings accounts.

It is true, that those might not be exactly apples to apple comparison. In the case of stocks, there is no safety of investment principal. It’s the value of which can fluctuate significantly. Also, dividends are not always guaranteed, there is no law which says that the company is obliged to always share its profits with investors.

However, when it comes to General Motors, the payout ratio of the firm is just below 38%. If this indicator was at 80% or higher than it might have been difficult to sustain those payments. Yet, at current levels, the GM dividends seem quite secure, at least for a foreseeable future.

When it comes to returning money to shareholders, the company pays a quarterly dividend of 38 cents per share. The firm made the latest payment back on March 5th, at the height of COVID-19 lockdowns. Back in 2014, the company’s payouts to shareholders amounted to 30 cents per share. So this means that over the 6 year period the firm on average managed to increase its quarterly dividend by 4%. Obviously there are many corporations, which have much higher growth rates. However, 4% is still 1% above the long term US inflation, so at least those payouts are gaining some purchasing power over time.

So here many people might have an obvious question: If GM is facing such challenging times, losing profits, then how does it manage to maintain its dividend and avoid massive job cuts?

To answer this, we need to take a look at the recent moves by the management. During the previous months, the company issued a series of bonds. For example, on May 7th, the firm placed unsecured notes worth $4 billion. They had a maturity term of 3, 5, and 7 years. The interest rates ranged from 5.4% to 6.8%.

It seems like GM management chooses a completely different approach to face this recent economic downturn. Instead of laying off thousands of employees and cutting dividends, the firm’s leadership looks at this crisis as a temporary challenge. Those types of decisions can lead to disillusioned investors and the loss of many valuable workers. The results can have a very negative impact on those firms for years to come.

Therefore, instead, GM management decided to take on more debt and secure its finances in this way. This is exactly what sets them apart from the senior executives of other companies.

It is true, that the company will face increasing interest expenses. However, as we can see from the structure of those bonds, the firm has an opportunity to start to pay down those debts in 3 years. All they have to do is to accumulate enough funds in their reserves before 2023, then pay off those maturing bonds, reducing the overall size liabilities in the process. If this happens, then the firm will have fewer interest expenses as well.