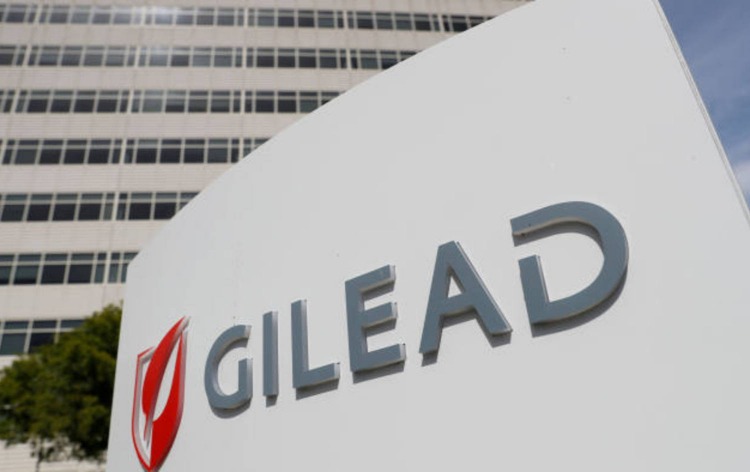 The shares of Gilead Sciences Inc have gained 4%, as the leading drug maker company surprised traders globally with much better-than-expected sales of the Covid-19 drug developed by them called Velkury. The sales are from the fourth quarter of last year, 2020.

The drug was originally called remdesivir before it got full approval from the Food and Drug Administration of the USA in October. Since then, it has generated as much as $1.9 billion in sales in the fourth quarter. It was originally predicted that it would gain around $1.2 billion.

According to the official statement of Gilead, the medication made up as much as 25% of the total revenue in the final three months of 2020. The medication received an emergency use authorization in May, and since then, Gilead has made as much as $2.8 billion.

The medical community all over the globe met the authorization of the medication with a lot of hope. The main reason for this was that there simply was no medication that could be used against the virus. When the medication was the first emergency authorized, the stocks of Gilead increased around $80. On November 20, the World Health Organization first approved that it recommended this drug against Covid-19 in severe cases. The WHO noted at that time that the drug improved survival and other outcomes in severe cases.

According to the official statement of the company, every other patient in the hospitals is being treated with this medicine. The representatives of the company claim that Gilead continues to play a huge role in the pandemic. However, Covid-19 is not the only thing that the company is working about.

Gilead is also very actively fighting against HIV, cancer, viral hepatitis, and other conditions. For 2021, the company representatives are talking about additional opportunities to help patients. This includes oncology patients, for which, Trodelvy, one of the drugs developed by the company, might be able to treat a broad range of cancer types.

According to the official statement of the company, for the fourth quarter, the total revenues have increased 26%. The main driver of this was the launch of Veklury. The P/E ratio of the company stands at 9.28, while the Market Capitalization in $K is 85,816,520.

➡️ Veklury, dexamethasone or remdesivir is intended for patients who are hospitalized with severe symptoms
➡️ Convalescent plasma can be used for hospitalized patients
➡️ Antibody treatments are use for those with mild to moderate symptoms

Gilead’s Velkury has also been among the most successful drugs against Covid-19. According to Bloomberg, Velkury is among the most useful drugs for patients hospitalized with severe symptoms of Covid-19.

The stocks of Gilead

As we have already noted, the ongoing events around the company had a huge impact on the price of the shares. At the time of writing, Gilead shares are up 4%, selling around $70 per share. Last year was not easy for the company, dropping significantly during the second last quarter of the year. In December, the stocks of the company were selling around $55 a share.

The prices started increasing as the company put out the yearly report, showing a significant increase in turnover. It was especially increased during the last quarter of the year, after the drug, Velkury, was authorized by the American Food and Drug Administration.