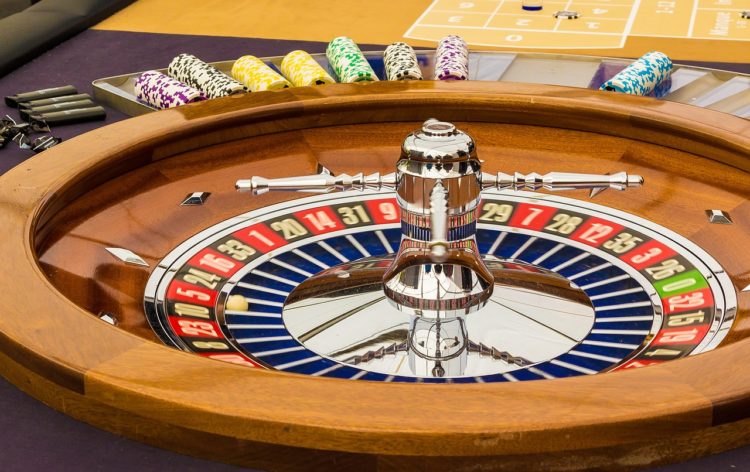 As you might already know, the gambling industry is among the most profitable industries in the world, not to mention the most entertaining and addictive for its customers. With its countless segments of countries around the world, from the US and its multi-billion casinos all the way to Australia and its casino match bonus for Australians the industry is booming like never before.

With the current reports and calculations factoring in, the industry is set to grow even larger and at a faster pace. According to one such report, Gambling Global Market Opportunities And Strategies To 2022, the gambling industry will probably reach $565 billion by 2022.

The report describes and evaluates two five-year periods, 2014-2018 and 2018-2022, explaining what led to the current size of the industry, as well as making some general predictions.

The report separates the gambling industry into several segments: casinos, lotteries, sports betting, and others. The lotteries segment was the largest segment of the market 2018 constituting 46.1% or $207.3b. While the sports betting segment is the fastest-growing segment at a CAGR of 6.9%.

Such segmentations and separations are rampant in the report. Every segment of the gambling industry is further partitioned into three parts: offline, online, and VR.

As a general rule, offline segments of casinos, sports betting, as well as lotteries and other segments were the most profitable and accounted for the biggest chunk of the industry. For example, an offline casino made up almost 95% of the whole casino industry in 2018; offline sports betting – 65.7%; offline lotteries – 96.2%; and other offline offers – 94.4%.

Another pattern is that VR is the fastest-growing segment in the gambling industry. For instance, VR casinos grew at a CAGR of 21.7% in 2018. The similar goes for the rest of the segments.

As for the most active and dense regions in the world, Asia-Pacific accounted for 32.7% of the whole gambling industry in the world in 2018. Next came North America, Western Europe, and others. According to the predictions, Asia-Pacific and Africa will be the fastest-growing regions, at a CAGR of 7.9% and 7.7% respectively.

Then the report goes to explain which factors were the most crucial in such market conditions. For example, the report claims that the growth in the historic period was associated with the experience economy, emerging markets’ growth, rapid urbanization, the rise in mobile gaming, etc. It also mentions some negative factors slowing down growth such as high tax rates on casinos, and unpredictable weather conditions.

As for predictions, the main drivers of future growth will be gambling legalization across the world, global economic growth, increasing usage of social media, as well as incorporating more video games into gambling. The factors that can hinder the growth might be more stringent regulations, as well as demographic changes.

Overall, the report shows the growth patterns of the industry: where it was in a historic period of 2014-2018 and what were the main drivers of growth, as well as a recession; it also predicts the future rates and indicators, estimating the industry might hit $565 billion by the year 2022.

The author also gives several recommendations to the gambling operators to fully optimize their growth potential. One of them is utilizing more skill-based games and attracting more youth with their updated offerings. Other recommendations are to invest in mobile platforms and to focus on senior citizens and retirees, among other things.