How did the Russian Ukrainian war impact the military stocks? 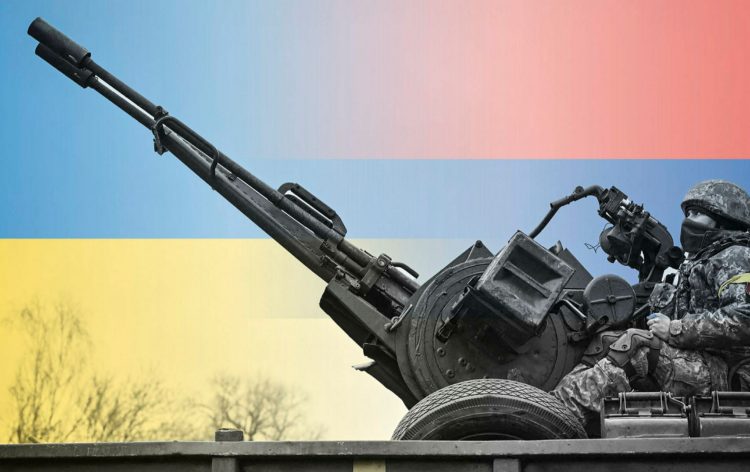 The Russia-Ukraine war has induced a series of highly negative events in the world in terms of financial sectors and we have to say that immense stock price alterations were recorded during this period. We have to note that the major impact of this conflict was in regard to the military stocks which is obviously a pretty natural process during the war in today’s world. We have seen dozens of countries, even neutral ones, involved in this process and support Ukraine in terms of military equipment in order to stop Russian aggression. What’s more, this conflict has induced a series of upending events from the political point of view since some governments decided to join NATO and the European Union. Hence, Russia played somewhat of a bridge-builder role for the western countries by invading Ukraine.

The unification of European governments, as well as some western countries toward the same goal of penalizing evil movements of Russia, had an immense influence on the military stocks. As soon as the conflict commenced, U.S defense stocks increased rapidly since the leading companies reported record-high numbers including Northrop, General Dynamics, and Raytheon. Due to the fact that Russia was completely ruled out of commercial transport markets, IBD’s Aerospace/Defense industry group has experienced a 9% growth. The Biden administration has approved $350 million worth of weapons for Ukraine including Javelin anti-tank missiles which were launched by Lockheed Martin (LMT) and Raytheon. This movement is a part of $2.7 billion spent on U.S. security support for Ukraine’s military since 2014 and the number is expected to surge even more in the upcoming months.

The whole world was surprised by the decision of German officials since they announced to support of Ukrainian troops with 5.000 helmets at the beginning. Given the fact that this country is mainly dependent on Russian natural gas delivered through Ukraine, this statement was a shock for everyone. It was followed by another announcement to shipping anti-tank and anti-aircraft systems to Ukraine and a huge increase in its defense budget, one that is lifting defense stocks. Its defense budget would now make up over 2% of its GDP from 1.5%, thus it is certainly a good time to invest in military stocks in this country since they have pretty serious commitments in order to overcome a long-standing defense deficit.

Considering the high geopolitical tensions, we expect the majority of governments (both inside & outside of NATO) to follow Germany’s path and fortify their military equipment and increase defense budgets on a secular basis. So, most likely we will see an incremental shift across the continent due to this very reason and this is a major concerning subject among investors nowadays. Europe has not experienced such serious events since World War 2, so every government is expecting more and more spending on military resources and it became crucial to enhance the global defense budgets. Therefore, experts are stating that during this period we will most likely experience a considerable surge in defense stocks and this rise will continue until the situation is resolved in Ukraine.

Effect of the Russian Aggression

As we have noted above, this war has induced a series of surprising events since we have seen a lot of European and other governments united toward the same objective – to stop the aggressor. Even countries that are not part of NATO, such as Sweden, have announced that they would furnish Ukraine with anti-tank weapons, helmets, and body armor. Moreover, Switzerland has decided to join the campaign started by the European Union in terms of sanctioning Russia, and officials said that they would freeze Russian assets. Finland did not miss out on this movement as well and pledged assault rifles and anti-tank weapons to Ukraine.

What’s more, the Russia-Ukraine war has helped several governments to break the long-established political barriers and make some serious decisions in order to avoid becoming a victim of aggression in the future. For instance, Sweden and Finland have seriously considered joining NATO, and Ukraine itself has made a lot of attempts in order to become a part of the European Union. As for the United States, we have already mentioned that the White House imposed highly strict sanctions on Russia, and today, there is a movement commenced by lawmakers to ban the sale of Russian oil. However, this decision has not been executed yet and the officials are promising to make definitive statements very soon.

China has always been silent toward Russia’s aggressive movements, but at the moment, we are seeing a sudden shift since this country started to liberate itself from the pro-Russia era. Despite the fact that China is only in the early stage of doing so, we are expecting that this process will be transposed into more serious phases in case Russia does not stop its aggressive movements. Hence, given the fact that this war was a major turning point in increasing military defense budgets for many countries, now it is a great opportunity for investors to make investments in military stocks!