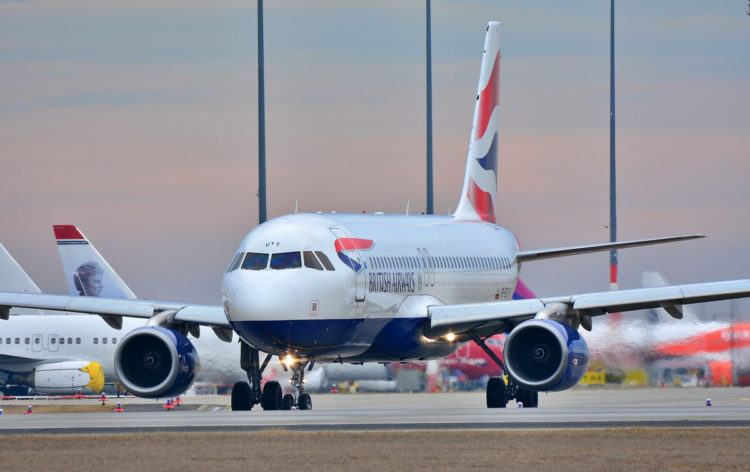 During the Thursday trading session on the London stock exchange, the shares of International Consolidated Airlines Group have risen by 4%. The stock previously closed at 219.2p. However, after today’s gains, the shares have reached a 227.3p level.

The move came after recent important strategic decisions, announced by the Chief Executive Officer of the firm, Luis Gallego. The senior executive of the firm conceded that after the implementation of those changes, the firm will indeed become smaller. However, he added that the upside for this reform was that it would allow the company to continue to exists, something which is not really clear for other airlines.

According to Market Screener, Iberia plans to withdraw 17 of its Airbus A340-600 planes from its fleet. As the company CEO mentioned, the revenues of the airline industry most likely will not return back to 2019 levels until 2023. This suggests that the recent decision was not just a spontaneous response to the current economic situation, but a part of a long term strategy.

This move can be beneficial to the company’s finances in several ways. Firstly, the management can sell those 17 planes to other airline companies and raise substantial amounts of money. Keeping those planes grounded is always an expensive option. In fact, Market Screeners suggest that Iberia was losing 7 million Euros per day during the lockdowns and travel restrictions, imposed by the governments across the world in response to the outbreak of COVID-19 pandemic.

On the other hand, selling those assets is doubly advantageous in the sense that this will enable the management to get rid of a significant portion of its operational costs and at the same time raise some much-needed capital in the process. In addition to taking this product step, the Iberia management also managed to get 1 billion Euros worth of loan from the Spanish government.

This can have a positive impact on the International Airlines Group as a whole, since Iberica is the second largest company in a group, after British Airways.

As we can see from the above diagram, the IAG stock price stayed fairly stable during the Summer of 2019. This was followed by a steady uptrend from September, eventually culminating in the stock reaching an all-time high of 671p in January 2020.
It goes without saying that the outbreak of the COVID-19 pandemic, as well as subsequent travel restrictions, had a devastating effect on the airline industry. As a result, those developments, those types of businesses were forced to ground the entire fleet of their planes, losing millions of dollars on a daily basis.

It is not surprising that this process had a very negative impact on IAG shares as well. In fact, during the middle of March 2020, the stock fell all the way down to 195p. This means that in less than 4 weeks’ worth of trading, IAG shares have lost more than 2/3 of their value, which was obviously a devastating blow to its shareholders. During the next two months, the stock mostly moved sideways and have not experienced any major gains or losses.

However, this change in June 2020, when at first the stock price has advanced all the way up to 331p. However, it seems that the market has judged this recent optimism as premature and the stock price eventually retreated back to near 230p level.

At this stage, the obvious question here might be: has the stock become more affordable after the recent sharp correction? In order to have a reliable answer to this, let us take a look at some of the financial indicators of this security.

According to CNBC, the Earnings per Share (EPS) indicator of the company currently stands at 73.06p. This means that at current prices the Price to Earnings (P/E) ratio of the company is near 3.1. This suggests that at current levels, the stock is significantly undervalued. It seems that the recent economic downturn has made some airline stocks quite cheap and created some investment opportunities in the process.

On the other hand, it is far from guaranteed that all of those airline companies will survive this economic downturn. The scenario where at least some of them declare bankruptcy is quite real.

Before the outbreak of the COVID-19 pandemic, back in 2019, the firm has paid a total annual dividend of 31 euro cents per share. At current exchange rates, this is roughly equivalent to 28p per share. So if the company was to reinstate those payouts, then, in this case, the dividend yield of the stock will be at 12.3% which would be very attractive.

However, during 2020, the firm management has already suspended any payouts to its shareholders. For the sake of fairness, it is worth noting that considering the enormous challenges faced by the company, it is highly unlikely that the firm will be in a position to reinstate those payments at 2019 levels. Most likely, IAG will either decide to cancel its dividends for several years or alternatively reduce them considerably.

Therefore, this stock is more preferable to be used as a part of a growth portfolio with a high-risk tolerance. The firm does face some serious headwinds, however, if the management succeeds to turn things around and restore the profitability of the company, then IAG stock does have significant growth potential. After all, the stock needs to rise by at least 180% in order to return back to January 2020 levels.

At the same time, this stock might not be the best choice for income investing. It is true that during the previous years the company has returned the money to shareholders on a consistent basis. However, there is a very real possibility that the firm might decide to cut dividends substantially, or even go as far as to put those payments on hold for several years.