Home - Cryptocurrency - The growing institutional interest for BTC
Cryptocurrency
by Jon Harden on May 14, 2019

The growing institutional interest for BTC 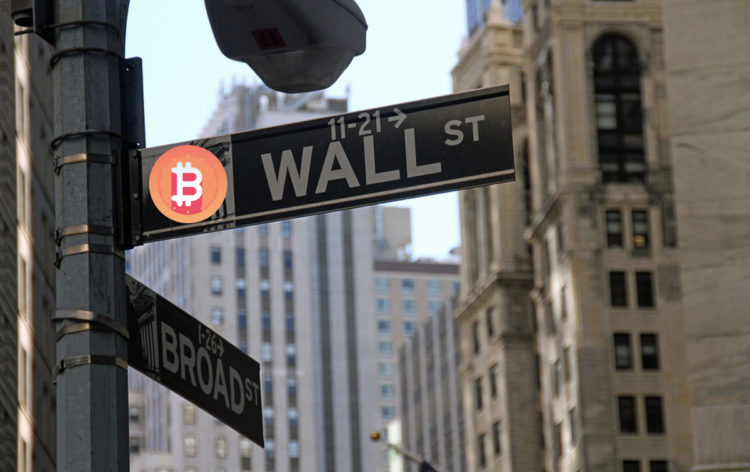 Before 2016, if you went up to one or another investment professional and asked them about Bitcoin, they would tell you it is a bubble and that you should forget about investing in it. Fast forward to now, and you have hundreds of investment professionals and institutional investors looking to get into the Bitcoin craze and get their own profits flowing while they are at it. So what has changed and how much has the institutional interest in Bitcoin actually grown? Well, the subject is rather fascinating in of itself, and it seems to be caused by a complex set of events and opportunities that seem to have arisen out of Bitcoin, which all have caused institutional investors to become aware of the fact that Bitcoin might be one of the greatest speculative opportunities in the history of financial markets.

The real hint of interest from institutional investors in connection to Bitcoin first appeared in 2017, when the Bitcoin highs were coming closer and closer. In this period of time, it was obvious to all that Bitcoin had more to it than most people assumed, and that the world had not been paying enough attention to it. This is when the institutional investors saw that Bitcoin had more potential for making a profit than they ever assumed it had. And since then, they have tried to start investing in the cryptocurrency and start seeing some of these benefits themselves. The moment Bitcoin hit the highest point is when institutions realized how much they were missing out on everything and how they needed to reconsider how they were doing things. But that was not the only reason traditional large scale investors became interested.

Bitcoin is the result of an extremely exciting piece of technology, that many are predicting will be one of the game changers in the world of governmental organization and economic prosperity. Blockchain poses many challenges in its development, but the potential of the tech is undeniable. The tech is being used and theorized to be useful, in order to replace the current administrative functions of the branches of government. Many have said of the technology that it has some great potential, and as every investor knows, if there is potential for use there is potential for profit. And so, many institutional investors have found themselves even more attracted to the industry than before.

Over the past few weeks, those who have been keeping an eye on the crypto markets will have noticed the seeming rocket speed with which the value of BTC is rising, once again. Many believe that this is the result of a single several million dollars worth purchase order that was placed several weeks ago, revitalizing the market. But people are not entirely sure where this order came from. It is hard to be specific, but the truth of the matter is, it could have been any one of the many institutions that were interested in Bitcoin as an investment opportunity. After all, at the start of the year, many institutions announced that they would be starting to work with cryptocurrency. The Russian government spoke to this end, and so did Gazprom bank. Several other large scale venture funds and investment funds announced this intention as well. Whoever it was that placed the purchase order, knew what they were doing and why.

Moreover, the recent increase in the number of brokers that offer cryptocurrency trading has also been a direct result of this. With more institutional investors, companies have realized that more and more retail traders will be deciding to invest as well. Which is only going to help grow the industry. Some of these brokers have even been successful in offering their services on the market.

The result is that today BTC is worth around eight thousand US dollars. While the high-speed rise might be slowing sometime soon, the fact remains – this trend is going to be proving the institutions that were interested in BTC right for being interested. This is only going to further increase the interest of institutions and cause more companies to consider investing. This second renaissance of the cryptocurrency markets is going to be driving another explosion in blockchain tech companies and might even cause some of these technologies to start becoming applied in our daily lives. A prospect that is definitely something to look forward to.