Home - Trade Insider - Stocks - INTL Consol Air (IAG) Stock is Up 16%, as Travel Restrictions are Lifted
Stocks
by Zviad Maisuradze on May 26, 2020

INTL Consol Air (IAG) Stock is Up 16%, as Travel Restrictions are Lifted 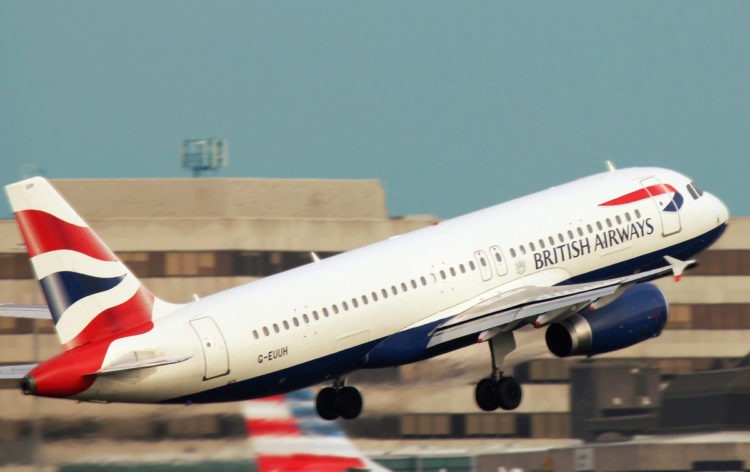 As the London Stock exchange opened on Tuesday, the shares of International Consolidated Airlines Group (IAG) made some massive gains. The stock is up by 16%, rising from the previous close of 190.80p to 220.50p. The move came as several countries lifted their travel restrictions, imposed in response to the outbreak of COVID-19 pandemic. Those decisions allow the airline to resume its destinations and improve its financial standing in the process.

The airline group itself came into existence in 2011, as a result of the merger between British Airways and Spanish Iberia. The newly formed company is listed both in London and Madrid stock exchange. Consequently, IAG is part of both FTSE 100 and IBEX 35 indices.

According to the official reports of the group, By the end of 2019 it had annual revenue of €25,506 million. At the same time the pre-tax profit reached €2,275 million. The management was also generous to the firm’s shareholders. During the year, IAG paid 31 euro cents per share to its owner, in addition to 35 euro cents per share special dividend.

It is not surprising that the outbreak of COVID-19 and subsequent lockdowns have done tremendous damage to the business. According to the first-quarter report, the total revenue of the firm fell by 13.4%, compared to the previous year. At the same time, the company posted a quarterly loss of €1,683 million.

In order to tackle those challenges and shore up liquidity, the IAG leadership has taken several steps. Firstly, the company announced that the capital spending for 2020 will be cut by €1.2 billion. This means that the expenditure in this category will be reduced from €4.2 billion to €3.0 billion. The firm also plans to defer deliveries of 68 aircraft.

How Far is IAG Stock from February 2020 Highs?

The shares of International Consolidated Airlines Group have risen steadily in 2019, moving from 450p in June to 650p by January 2020. Due to reasons, the outline above, the stock fell dramatically in February and March, finally reaching an all-time low of 159p during May. The shares started to recover as the governments across the world started to lift the travel restrictions.  At the moment IAG trades close to 220p. This is significantly higher than previous all-time lows. However, the stock still needs to rise by roughly 200% to return to February levels.

According to the CNBC, the earnings per share of IAG is 73.06p. This suggests, that price to earnings ratio is around 3.0. Consequently, if the firm manages to maintain its profitability on an annual basis, then its shares can be very undervalued.

Despite those valuations, the first-quarter report of IAG mentions, that the firm expects, that the second quarter could be even worse, than the previous one. This points to the fact, that the management still has a lot of challenges to overcome. Consequently, it might take quite a long time, before the stock price could make a full recovery.

In April 2020, the firm has also announced the suspension of dividend payments. Some commentators expect those payouts to resume in 2021, but obviously with recent challenges it is far from being guaranteed.