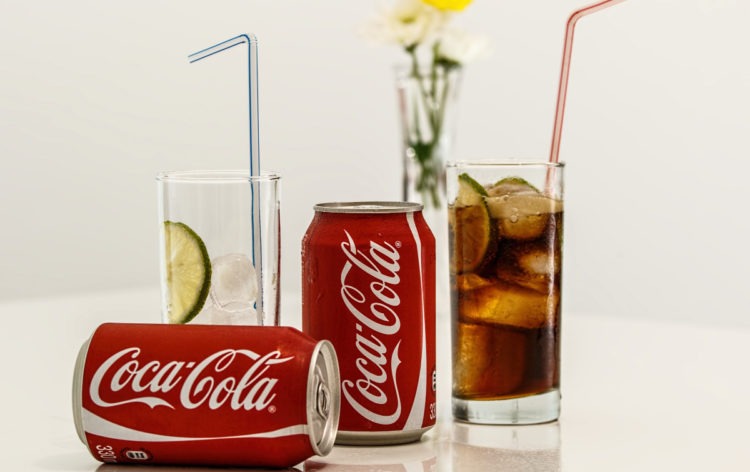 After the recent slump, the Coca-Cola Company (KO) shares are now recovering, gaining 1.5% during yesterday’s session, eventually returning to $46.30. The stock still needs to gain approximately 30% to return to February highs, however, it has already recovered considerably from the March stock market crash. As a result, many traders and investors wonder whether the current price of the stock still represents a good deal or whether it became too expensive and overvalued.

In order to answer those types of questions, we need to take a look at the company’s financials as well as the stock price chart. Let us being with the latter.  In order to see the share price performance of Coca-Cola, we can take a look at this diagram:

This was followed by the stock market crash, which also has a decisive impact on the KO stock as well. The shares fell to $37 level in the middle of March 2020. The last time the stock traded near $37 was a way back in 2015. So this decline was very profound and did give some decent buying opportunities for investors.

Indeed many market participants decided to take advantage of this sale. Consequently, the stock did regain some of its losses, and already by April 2020, it was already trading above $45 level. For the next 2 months, KO is confined withing $45 to $50 range. The stock did try to break above $50 mark at the beginning of June, however, the attempt failed and it fell back to $45. So as we can see from the chart, $50 level represents a significant resistance point, which the stock has to overcome, in order to return back to February highs. Whether or not the firm will able to achieve this is dependent upon not on the financial performance of the company itself, but also on some external factors as well, such as interest rates.

So what do the interest rates have to do with KO stock price? Well, at the beginning of 2020, many financial experts and commentators warned that the stock market was extremely overvalued. One of the reasons behind this were the low-interest rate policy by the US Federal Reserve.

From 2008 until December 2015, the policymakers in this financial institution kept the Federal Funds rate withing 0% to 0.25% range. After this period the Federal Reserve started to very slowly raising the rates, settling for a maximum of 3 rate hikes per year. By 2019, the Federal Funds rate has reached 2.50%. At the same time, the prime rate reached 5.50%. This is the rate at which US banks typically led money to its ‘prime’ clients, meaning the consumer with a good credit score. In order to cover salaries, rents, taxes, and other business costs, it is usually 3% higher than the Federal Funds rate.

Despite those developments, higher interest rates were proven to be very much short-lived. After the outbreak of the COVID-19 pandemic, the US Federal Reserve cut rates back to 0% to 0.25% range. So the highest rate recorded during the last decade was 2.50%, which is in sharp contrast to 2006 when they reached a peak of 5.25%.

This dovish policy is very beneficial for the stock market and especially when it comes to the dividend-paying stocks like Coca-Cola. There are millions of people saving money for investing on a regular basis. Many of them are not very much attracted to the prospect of earning 1% or less on Certificates of Deposit. So they are looking for some alternatives. One of the options is indeed an investment in Coca-Cola shares.

The firm has a very solid track record of returning money to shareholders. Adjusting for the stock splits, the company has raised its quarterly dividend from 2.5 cents per share back in 1990 to 41 cents per share by 2020. This represents an average annual increase of 9.77%, which is more than 3 times higher, than the average US Consumer Price Index. The current dividend yield of the stock is 3.5%. So this can be an attractive option for those investors looking for decent returns in times of near-zero interest rates. According to stocknews.com, the payout ratio of the firm is 76.6%. This means that the management still has some margin of safety to maintain those payments if company sales decline to a certain extent.

Another positive thing about Coca-Cola is that the company held out against the economic downturn quite well. According to the first-quarter report, the firm’s net revenues only fell by 1% during the first three months of 2020, with operating margin declining by 0.3%, from 28% to 27.7%. Despite those setbacks, the Earnings per Share has grown by 64%, reaching $0.64.

In times when the majority of companies are suffering heavy losses and losing large portions of their revenues, those results show the resistance of the Coca-Cola business. It goes without saying that the second quarter reports might also show some decline in income since it will include trading reports from April and May, two months, which were very much affected by lockdowns. However, in the longer-term horizon, the firm is well-positions to regain its lost revenues and improve its profitability. The very fact that the management hiked dividend to 41 cents per share during the economic downturn, is testament to the fact that the company executives feel confident about the future.

In conclusion, it seems that the Coca-Cola stocks at current prices represent a decent bargain for investors. The stock is especially well suited for any income portfolio, considering the firm’s solid track record of increasing payouts to shareholders, and the current 3.5% dividend yield.