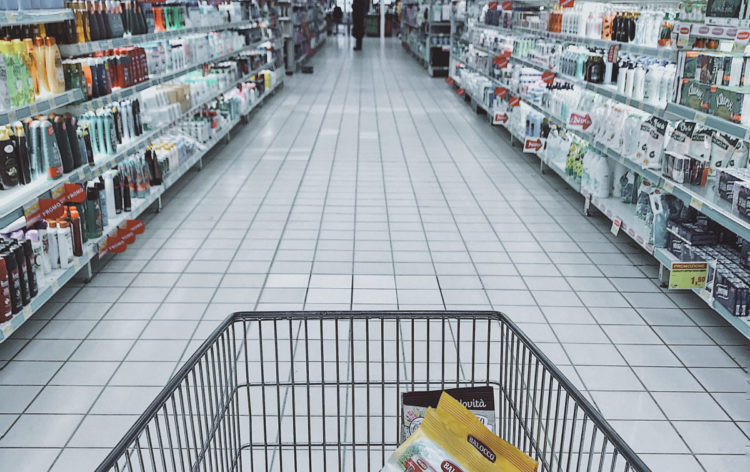 During the Monday trading session on the London Stock Exchange, the shares of J Sainsbury (SBRY) have gained 3%, eventually reaching 207.10p, after previously closing at 200.3p.

The move came after the company management announced that it was recalling Plant Pioneers Vegan Shroomballs. This product comes in with 240 grams of packaging. According to the Bristol Post, the decision was a precautionary measure, because of the suspicion that some of them might have contained small pieces of white plastic. This was indeed a positive public relations move since this sends a signal to Sainsbury’s customers that the company takes customers’ health and safety very seriously and provides them with high-quality products.

As we can see from the chart above, the last 12 months of trading have been very volatile for J Sainsbury’s shares. In late June 2019, the stock was trading at 187p. During the next two months, the stock did try to recover, however, eventually, it fell even lower than the previous level, dropping all the way down to 177p. Despite this setback, the shares recovered and rallied for the next 3 months and even reached 236p before the end of the year.

However, unlike with many other FTSE 100 stocks, the bear market for J Sainsbury shares did not begin with the February-March stock market crash. Instead, the stock has already begun its slide during early January 2020. On the positive side, when the actual crash came, it had a very limited impact on the stock. It only briefly fell to 174p, only to return to 216p in less than 2 weeks of trading. Despite another temporary drop in May, the stock still trades above 200p level by June 2020.

This is not very surprising since, during lockdowns imposed after the outbreak of the COVID-19 pandemic, most people stopped spending money on restaurants and cafes, instead of focusing on increasing their purchases of groceries and hygiene products. In fact, to ensure against the shortages, many individuals even decided to stockpile foods and other daily essentials in their homes.

This tendency benefited retailers tremendously. According to the official 2019/2020 report, J Sainsbury’s Grocery sales have increased by 12% during 7 weeks leading up to April 25, 2020. It is worth noting that the revenue coming from the clothing department as well as fuel sales did drop by more than 50%, however, as a whole the company’s income mostly remained intact.

As the preliminary results suggest, the total company revenue for the financial year 2019/2020 has reached £32,394 million. This was only 0.1% lower, compared to the previous year, when it stood at £32,412 million. The Underlying profit before tax has also fallen slightly, dropping by 2%, from £601 million to £586 million.

Under normal circumstances, those might have been disappointing results. However, considering the enormous challenges and damages brought by the COVID-19 outbreak, as well as subsequent travel restrictions and lockdowns, the company performed quite decently during this period.

In fact, it is interesting to note that, despite all of its difficulties, the firm did manage to reduce its net debt position from £7,346 million to £6,947 million. This means that going forward, companies will have less interest expense and greater financial flexibility to tackle possible future financial challenges. The company also managed to issue a 10% thank you payment for more than 157,000 of its employees and front line managers.

As CNBC suggests the current Earnings per Share (EPS) indicator for the stock stands at 5.80p. This means that the Price to Earnings (P/E) ratio of J Sainsbury’s shares currently stands at 35.71. This suggests that the stock is significantly overpriced. The stock market in general was quite overvalued just before the February 2020 correction. After the collapse of stock prices, the shares of the majority of companies became much more affordable and some of them even became significantly undervalued.

This tendency did not really extend to the majority of retailers. Since they benefited from increased sales due to lockdowns, the prices of those stocks remained mostly stable. Therefore, this is the main reason why J Sainsbury stock is still well into the overvalued territory. Consequently, this security might not be the best choice for growth investors, since at current valuations it has very limited upside potential. In fact nowadays, investors have dozens of undervalued stocks to look forward to.

When it comes to income investing, the problem with this stock is the fact that during April 2020, the company announced that it deferred its dividend payments to later this year. During the previous year, the stock paid the total annual payout to shareholders worth 11.2p per share, higher than 9.75p per share back in 2007.
This means that if the company restores its payments to shareholders to the previous year’s levels, then the current dividend yield at those prices would be 5.4%. This is indeed a very decent and attractive rate of return for investors, especially considering the prevalence of near-zero interest rate policies among the world’s leading central banks.

However, when it comes to income investing, this stock does have two major problems. Firstly, it is not at all clear whether the firm will be in a position to resume those dividend payments. It can happen that the management might decide to postpone those payouts once again, or alternatively cut them in half or reduce them by some other specific percentages.

The second problem is that the average annual growth rate of J Sainsbury’s dividends since 2007 stands around 1.1%. This suggests that the company has not managed to maintain the purchasing power of its payouts to shareholders since the average inflation during this period was significantly higher. So this is why this stock might not be the best addition to income portfolios.