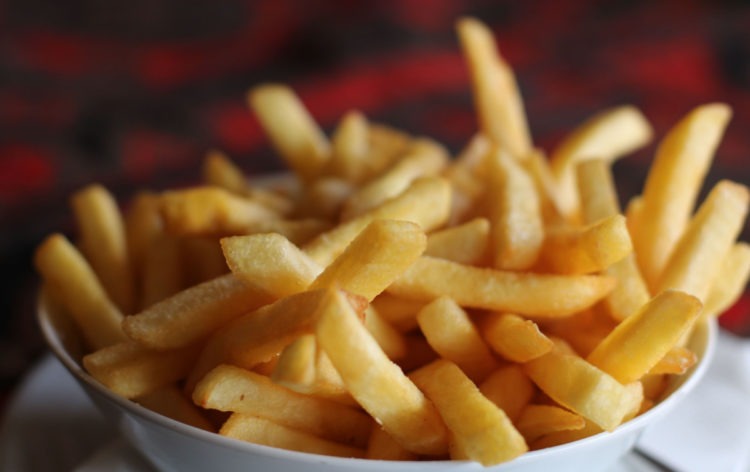 As markets opened on Thursday, Lamb Weston Holdings Incorporated (LW) shares fell by 4%, as the firm announced the private offering of $400 million’s worth of notes. According to the Bussinesswire, the company will use most of the borrowed funds for working capital and some portion of this sum for general corporate expenditures. The current stock price stands at $56.51.

Lamb Weston Holdings is an American food processing company. It is one of the world’s largest producers of frozen potato products, including French fries. According to the official website, the firm sells its products in more than 100 countries and has 7,000 employees.

This is not the first time that the firm decided to take on a large amount of debt from investors. The company did issue corporate bonds back in 2016 with a coupon rate of 4.625%. By the end of 2019, the total amount of liabilities of the firm stood at $2.356 billion. The company sent $107 million for interest expense. Therefore the average interest rate on debt was 4.5%.

One of the reasons for this recent decline might be that investors are getting uneasy about Lamb Winston Holding’s increasing debt burden. Adding $400 million to the corporate liabilities might not be such a big deal for larger companies. However, in the case of Lamb Winston Holdings, this decision can expand the overall size of debt by approximately 17%. Investors might also be concerned about the fact that the company will face an increasing amount of interest and principal repayments in times of economic downturn.

The stock has fallen significantly over the last couple of months. Consequently, some investors might view this as an undervalued opportunity.

As we can see from the chart, the stock has steadily increased during the late 2017 and subsequent two years. Rising from $45 all the way up to $95 in February 2020. Just like in the case of many other companies, Lamb Weston Holdings shares fell dramatically during the next 4 weeks, collapsing below $50. During the latest period, the stock recovered slightly.

Lamb Weston Holdings also offered some payouts to its shareholders. The company raised its quarterly dividend from 18.8 cents per share back in 2017 to 23 cents in 2020. Even with today’s prices, the dividend yield of the stock is quite low, just slightly above 0.4%. However, it is worth mention, that the firm was still able to keep up with those payments despite the COVID-19 outbreak. This might suggest the firm might be more resilient to the economic downturn, then some of its peers in the S&P 500.

Lamb Weston Holdings reported $3,756 billion in sales back in 2019. The most recent earning per share of the company stands at $3.26. Consequently, at the current market prices, the price to earnings ratio of this stock will be 56.51/3.26 = 17.33. This might suggest that the Lamb Weston Holdings shares are not very much undervalued, however it is not overvalued either. So, if the price falls further this might attract some value investors as well.

The future performance of the stock will be heavily dependent upon the growth rate of the company’s sales, profits, and most importantly, on the management’s ability to withstand the challenges of economic downturn.