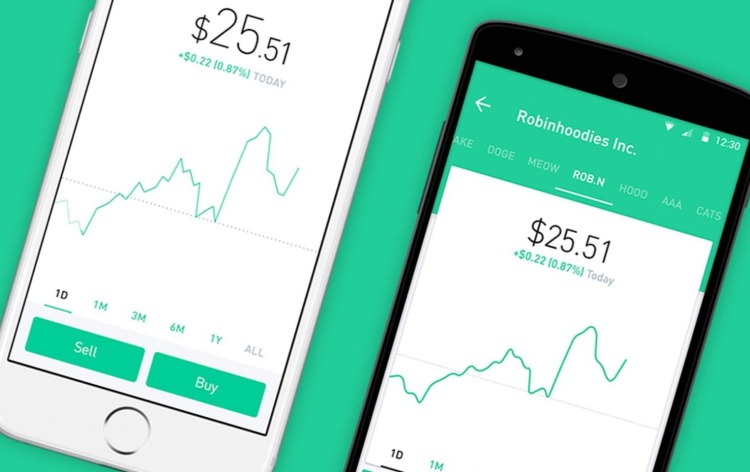 A number of famous brokers have restricted the trading of several highly shorted stocks following the recent trading frenzy which was led by retail traders of Reddit and other social media. This includes companies like Robin-hood, Trading 212, and many others.

Traders online are enraged by the steps taken by brokers, banning the buying of GameStop, AMC, Blackberry, Nokia, and other stocks. Many have accused them of market manipulation, allowing only hedge funds to trade. The restrictions come after a huge amount of retail traders drove the prices of under-performing companies.

Most of these companies were believed to be doing poorly, which had led to Wall Street hedge funds betting on the demise of such companies. Now that the prices have increased, it has resulted in a multi-billion dollar loss on Wall Street.

Robinhood noted that its team continuously monitors the market and makes changes when necessary. The recent restriction was adopted because of the significant market volatility. Before Robinhooh, a number of other brokers took similar steps as well. TD Ameritrade was the first one to place such restrictions on the trading of these highly shorted stocks. As you might already know, the shares of GameStop have jumped as much as $1,300% this year, while another company, AMC, popped as much as 308%.

As a result of the trading frenzy, some brokers experienced outages, while several stocks, such as GameStop and AMC, experienced trading halts. Robinhood announced the decision ‘in light of current market volatility’.

In light of current market volatility, we are restricting transactions for certain securities to position closing only, including $AMC and $GME. Read more here.https://t.co/CdJMjGAeFH

Hedge funds can continue to trade

The restrictions on Robinhood only affect retail traders, for hedge funds and institutional investors are still able to continue trading. What happened was that the short-sellers who were betting against these stocks have lost billions of dollars. Because the shares of companies such as GameStop soared, short-sellers who faced huge losses and high borrowing fees had no other choice but to close their positions and buy, which has transformed this situation into a short squeeze.

Officials have already commented on the ongoing events in the market, including the Treasury Secretary Janet Yellen, who said that the Biden Administration is closely monitoring the situation. The same was said by the SEC and FINRA. However, it should be noted that the regulators typically do not favor day-trading manipulation of the stock market, some experts are claiming that some regulations are likely to follow the recent events.

A member of the Financial Services Committee, a Democratic representative has also talked about the ongoing events on her Twitter account, calling the decision of Robinhood ‘unacceptable’. Republican Senator Ted Cruz replied ‘fully agree’ to AOC’s tweet.

Inquiries into freezes should not be limited solely to Robinhood.

This is a serious matter. Committee investigators should examine any retail services freezing stock purchases in the course of potential investigations – especially those allowing sales, but freezing purchases.

What is the impact?

Robinhood has always been regarded as the ‘free-stock trading pioneer’, according to its recent decision, investors will only be able to sell their positions and not open new ones. Quickly after the decision was announced, the shares of GameStop initially reserved the gains. At some point during the premarket trading the shares were selling above $500, it quickly went below $290. After about 2 hours of the announcement, the shares were down about 20%.

Most of the traders online are frustrated about the decisions made by the brokers. They have very actively shown their discontent on social media, claiming that it would cost Robinhood losing millions of users. In the meantime, some traders have already started looking for other providers.

Robinhood is not the only broker that is using these restrictions, however. Some of the first companies to restrict trading were TD Ameritrade, IG Group, and others. Another company, Interactive Brokers has also switched option trading on such heavily-shorted securities into liquidation only because of the extraordinary market conditions.

Some people went as far as filing official complaints against leading brokers such as Robinhood and TD Ameritrade for limiting trading for retail investors.

What happened in the market?

A certain part of traders came together in a special forum on Reddit, calling on each other to start buying shares of highly shorted companies such as GameStop, for example. After unprecedented demand on the shares of the company, the prices started sky-rocketing, hitting highs of more than $300-$400.

This has sent Wall Street in full panic mode. As some of the Hedge Funds decided to start buying the shares, it further increased the prices. A number of hedge funds lost huge amounts of money, as the retail traders continued buying the stocks. However, for retail traders, this is not only about money, but they are also trying to go against Wall Street.

To overcome the situation, brokers decided to limit access to the stocks that were aimed at by retail traders of Reddit. However, it was followed by a huge backlash as hedge funds and institutional investors access was still possible.