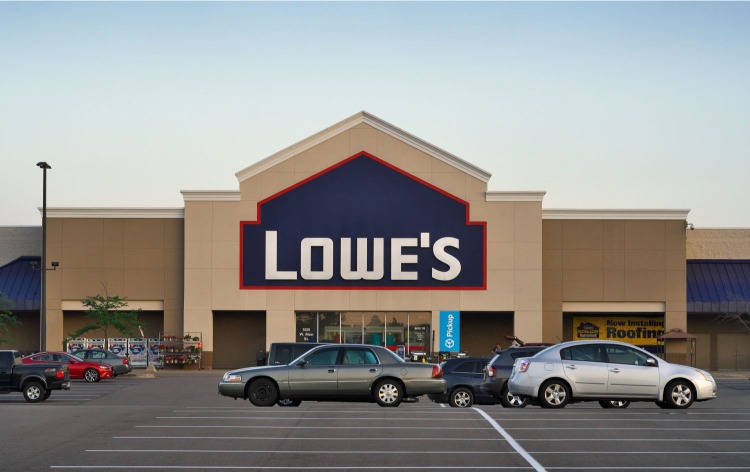 The company stands to be the second-largest home improvement retailer around the world and operates more than 1900 stores throughout the United States and Canada. The list of products offered by the company includes home decorating, maintenance, repair, and remodeling.

The prices of the company

The chart above shows the changes in the prices of the stocks of Lowe’s Company. As it can be seen in the chart, the prices of the company started increasing during the end of 2019, however, because of the Covid-19 pandemic, the prices started dropping. As you can see from the chart shown above, the prices dropped significantly in the middle of March, during the period of the Stock Market Crash 2020.

After several ups and downtrend, the prices started dropping again. As of now, the prices of the shares of the company have dropped a lot, however, the P/E ratio stands around 20, which means that the prices of the shares are very good. However, as some experts are saying that it could go down again, because of which, it is very hard for many investors to decide whether to start buying the shares of the company or not. This is also one of the reasons that the Twitter sentiment analysis is showing a Neutral or slightly negative leaning approach from investors, throwing everyone into further loops.

The company is headquartered in Mooresville, NC, and it employs more than 320,000 people in total. The company has recently issued a press release according to which, the sales for the third quarter of the year were as much as $22.3 billion. Compared to the same period of the last year, the income is up by around 5 billion, it was at $17.4 billion last year.

The comparable sales for the US company have increased by 30.4 percent for the third quarter of 2020. In the third quarter of the year, the company has invested as much as $245 million in coronavirus related support. The company has invested more than $1.1 billion in Covid-related support for its associates, store safety, and community pandemic relief. All of this happened in the first 9 months of 2020.

The company has also started the share repurchase program. They repurchased a total of 3.6 million shares, which equaled $621 million, and it paid a total of $416 million in dividends. The official numbers show that as of October of 2020, the company has operated more than 1900 home improvement and hardware stores in the USA and Canada, which equals 208 million square feet of retail selling space.

Lowe’s Companies Inc is an American retail company, which specializes in home improvement services. The company operates a huge chain of retail stores in both the United States and Canada. The company is known to be the second-largest hardware chain in the United States and the biggest rival of the Home Depot and Menards. It also is the second-largest chain around the world, still, behind The Home Depot, and ahead of some of the biggest European companies.

The Covid-19 cases are on a rise around the world once again. As of now, Europe has reported a very fast increase in daily cases. The same goes for the USA, where the number of cases is very close to 12 million. Around the world, a total of 56 million cases of Covid-19 were reported.