Home - Trade Insider - Stocks - Lufthansa (LHA) Shares Up by 6% as Company Gets €9 Billion Bailout
Stocks
by Zviad Maisuradze on May 25, 2020 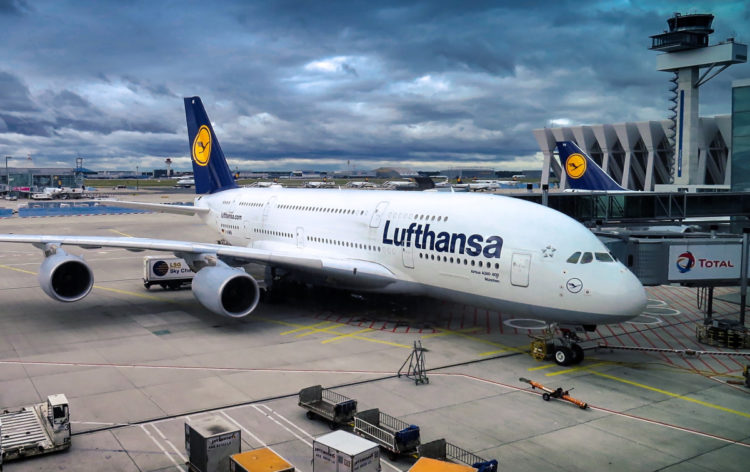 During the Monday trading in the Frankfurt stock exchange, the shares of Lufthansa (LHA) has risen by 6%, currently trading at €8.57.  The move came after the firm secured a €9 Billion bailout from the German government. After lengthy negotiations, the terms were agreed. According to the conditions, the German government will take over 20% of the company and also will be able to appoint two board members as well. According to the recent reports, the agreement will also have to halt future dividend payments.

Lufthansa shares have also benefited from the company’s announcement, according to which the airline will resume 20 destinations from June. This can certainly help the firm’s dwindling revenues and recover from some of its losses.

The company has reported €36,424 million in revenue back in 2019, 2% higher than a year ago. At the same time the net income reached €1,213 million. During this period, the airline has also paid an annual dividend worth €0.80 per share.

So the obvious question is: then why the management asked for a Government bailout? Well, the most recent quarterly results were quite alarming. According to the official report, the group revenue fell by 18%, compared to the year earlier. In March alone, this decline in income amounted to 47%. As a result, the quarterly loss of the airline is close to €1,200 million.

Considering, that April results are yet to be published, the 2nd quarter numbers, might be as poor as the first. At the same time, the management also announced 10,000 job cuts through the group. In total, all cost-cutting measures could help the company save up to €900 million.

Obviously, the German government holding a 20% stake in Lufthansa can not be the permanent state of affairs. Ideally, at some distant point in the future, the state can sell all of its shares and hopefully make some return on the investment as well. Obviously, there is also some risk that the taxpayers might lose money, if the management fails to overcome its challenges.

So how cheap are Lufthansa shares? As we can see from this chart, the price did decline during the summer and fall 2020. However, the stock regained most of its losses and by the end of the year was trading close to €17. Due to COVID-19 concerns, the stock already began its downtrend from January 2020. The shares reached the multi-year low of €7 after the poor first-quarter result came out.

Since then the stock did rebound to €8.50, but still 50% below the 2019 highs. The airline’s financial situation might improve with the resumption of new destinations in June 2020. However, because of bailout terms, most likely the management will not be able to pay any dividends to shareholders.

The beta of the stock stands at 1.33. Consequently, it is 33% more volatile than the DAX 30 index. So if the company manages to turn things around and restore its profitability, then LHA has the potential to rise faster than most of its peers. However, with the recent challenges it is far front being guaranteed. It might take a couple of years before the firm can fully recover from the damaging effects of the COVID-19 outbreak.