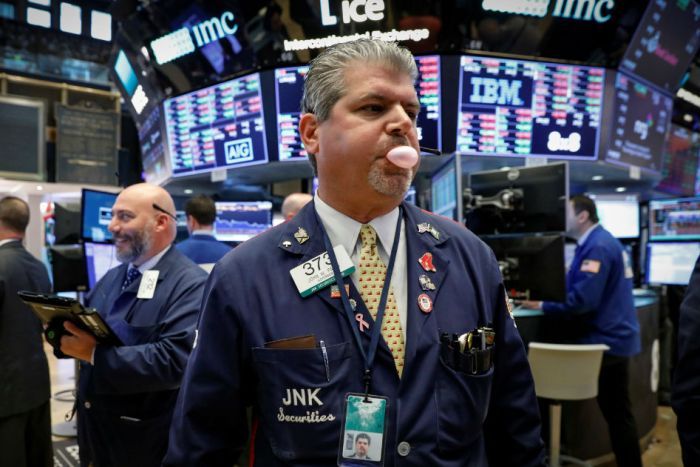 It has been quite a volatile month for markets worldwide, as the world saw a lot of uncertainty when it came to international trade, a global economic slowdown and inverted yield curves. The repeated jolts of recession fears, as well as sustained damage to international trade,  have caused markets around the world to fall regularly and investors to have little to no confidence in stocks and futures altogether. But, some potential but unconfirmed good news at the end of the month has caused the international markets to see a bit of a reprieve and wrap the market up on a positive note, inching slightly upwards on the last trading day of the month. But, as markets come to rest after a tumultuous month, many are still warning of not relaxing and keeping an eye for some of the more extreme changes that are expected to come in the coming months.

The month of the volatile global markets comes to an end, with the international markets facing all kinds of drops in value throughout the month. One of the main causes of these drops has been the trade war that is still ongoing between China and the US. What is more, it looks like the two sides are only going to be even more invested in the trade war, as recent news has disclosed that there are more and more tariffs coming from both sides. While the US has decided to apply these tariffs to around $550 billion worth of goods, causing retailers to pretty much lose their minds, China has decided to keep the tariffs on the modest $75 billion worth of goods. The tariffs from the US side are expected to be imposed starting September 1st and are expected to be incredibly damaging to international trade. This expectation has been causing international markets to be reeling throughout the month, facing falls in trading and share value that has been quite damaging to the industry.

But, US President Donald Trump recently announced that he was in discussions on the subject of the trade war with China. This caused the markets to regain some semblance of confidence and the week of trading managed to end with stabilization and a slow crawl upwards, marking one of the few times in the month that the markets have experienced this kind of growth. The specifics of growth for international markets go as follows:

But despite the positive news for the markets, the investors remain cautious. The majority of the investors are thinking of what will be happening in the near future, specifically expecting the release of certain economic information that would indicate the direction of the markets. China is about the release its manufacturing data for the month, which will be the direct indicator of what effect the trade war between the two largest economies in the world has had on each other.

While the international markets were showing signs of positive change, the currency trading markets saw little reason to swing towards a positive side. Still, currencies still managed to earn trust, and some of them even managed to increase in value. The US dollar reached one month high on Friday. The Yen remained stable, just like the Pound Sterling. But the rest of the significant currencies from around the world saw a lot of hurts. The Chinese Yuan, specifically, saw a huge decline, hitting 7.1462 and is remaining on track to hitting the lowest point it has been at since the currency reform of 1994. This is proving to be quite worrying for the Chinese government, as they had not anticipated this kind of weakening of the Yuan previously, with the tariffs being cited as the main reason for the downward trend. The Australian dollar was also down, just as expected of a Yuan indexing currency. The Euro also saw quite a bit of damage done to it as it fell against the dollar, with the damage being done because of the investors expecting aggressive easing by the Central Bank.

On the other hand, Gold managed to fall from its highest point of the past few months, with silver falling from the highest point it has been at in two years. Despite the haven assets falling in value, Crude Oil remained on a downward trend, managing to fall another 57 cents as guarantees of international trade and demand remain low, while Brent managed to fall by 30 cents as well. The currency markets are also expecting some negative changes to happen in the near future, but a short rest at the end of the month was welcomed and expected.