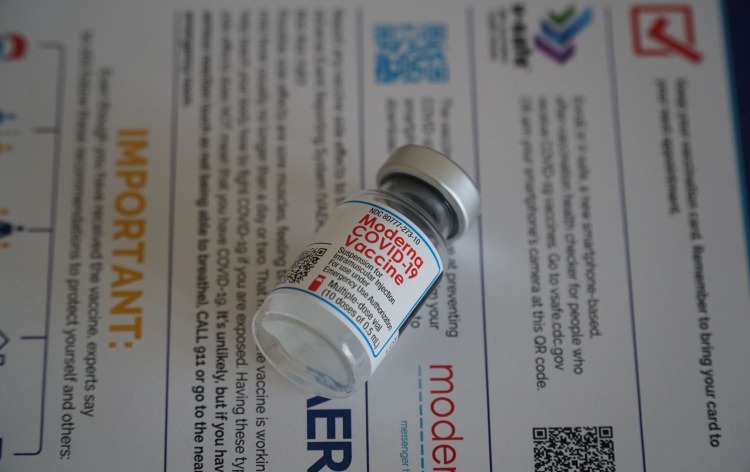 The shares of Moderna, MRNA, climbed over 5 percent on Tuesday, selling at record highs of above $234 amid the statement of the company regarding vaccines effectiveness against the Delta strain of the coronavirus, which was first identified in India.

According to the statement of the company, the vaccine is able to provide protection against several new coronavirus strains. The company says that this includes the Delta variant, which is spreading rapidly around the world. As the CEO of the company, Stephane Bancel says, these findings once again showcase how important it is to continue vaccinating populations with effective primary series vaccines.

The representatives of the company have also noted that the government of India has granted an Emergency Use Authorization for the Covid-19 vaccine that Moderna offers in adults aged 18 years and older. The CEO of the company thanked the government of India for the authorization, saying that it marks a step forward in the global fight against the pandemic. He also noted that the company is committed to making sure that the vaccine is available around the world.

Leading brokers around the world have reported increased demand on Moderna stocks.

Why is price increasing?

There are two reasons for the stock to increase. As we have already discussed above, they mainly are the authorization from India and the positive data regarding the effectiveness of the vaccine against the Delta strain of the coronavirus, which is spreading very fast around the world.

The study about the effectiveness of the vaccine against the new strains was conducted on blood serum from eight participants obtained one week after they received the second dose of the vaccine. According to the report, the vaccine provoked an antibody response against all the variants tested.

Moderna’s vaccine follows the authorization of AstraZeneca in India. The country is also using Covaxin, which is from Indian Bharat Biotech. Russia’s Sputnik V is also partnering to launch the vaccine in India. However, at the time of writing, only about 4 percent of the country is vaccinated. Because the majority of the vaccines, including Pfizer, were developed before the Delta variant, which is spreading in India mostly now, because of which, some believed that these vaccines would not be useful.

As Moderna published the results of its study that showed its effectiveness against the Delta variant, the shares of the company soared. The vaccine produced neutralizing antibodies against all variants that were tested, which include Beta and Delta variants, as well as Kappa and Eta. The shares of the company surged to a new record high, into a profit-taking zone on Tuesday.

Because things are changing so fast in the market, it is very important for traders to stay updated about the news releases in the market.

Vaccination around the world

There are several countries that are using the Moderna vaccine around the world, however, is mostly used in the USA and Europe. In terms of vaccination, the USA is among the most successful countries around the world. According to the Centers for Disease Control and Prevention on Monday, as many as 180 million people have already received at least one dose of the Covid-19 vaccine in the country. This includes over 153 million people who have received all of the necessary doses of the vaccine, such as 1 dose of Johnson & Johnson, or two doses of Pfizer and Moderna.

Although vaccination is ongoing around the world and many countries are trying to roll out vaccines as fast as possible, there have been some questions around the effectiveness of vaccines against new strains. As the report of Moderna showed that it is highly effective against most of the new variants, the shares of the company increased drastically.

Moderna was not the only company that saw some gains on Tuesday. Among the biggest gainers were also big banks, that saw their shares gain after announcing dividend increases following the latest Fed stress test. Morgan Stanley shares increased 3.3 percent after the bank announced to double its dividend, Goldman Sachs added 1 percent, as the company announced boosting dividend by 60 percent.

The shares of FedEx were also up about 1.3 percent after the Bank of America Securities added it to its US1 list of top picks in its buy rating on the stock. DoorDash shares also increased almost 5 percent, after Well Fargo raised its price target on the delivery company to $215 from $170.