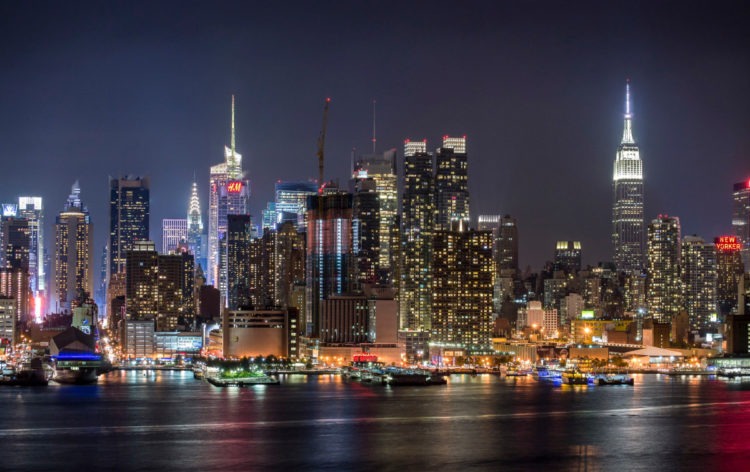 During the Thursday trading session in New York, the shares of Morgan Stanley fell by 4%. Yesterday, the stock closed at $46.86, however today it dropped to $44.90. The move came as the Central Bank of Russia has canceled the banking license of the company. The order itself was signed by the First Deputy Chairman of the Bank of Russia, Chairman of the Banking Supervision Committee D. Tulin.

This decision came as the firm stated that they were scaling down their business in Russia. However, as the representative of the company mentioned, despite this recent move, Morgan Stanley is still going to retain some presence in the country. This involves maintaining the office in the country as well as hiring some local employees.

The shares of Morgan Stanley have risen steadily throughout 2019. The stock was trading close to $40 level in June 2019. During the subsequent months, MS made substantial gains, eventually surpassing $55 mark by February 2020. As COVID-19 concerns started to dominate the market the stock collapse to $25 just within a 4 week period. Many stocks struggled to recover from the March stock market crash, however, in the case of Morgan Stanley, the subsequent rebound was quite substantial. Nowadays, the shares have already reached the $45 level. MS still has to rise by 22% to return to February highs.

What are Current Valuations of Morgan Stanley Stock?

According to the latest numbers, the earnings per share of the company (EPS) stands at $4.81. At current market rates, the price to earnings (P/E) ratio is around 9.3. This suggests that according to P/E analysis, the stock can be significantly undervalued.

In the aftermath of the great recession, due to heavy losses suffered by the company, Morgan Stanley reduced its quarterly dividend to just 5 cents per share. This state of affairs persisted for 5 years until 2014 when the firm started to raise its payouts to shareholders. By 2019 the quarterly payment reached 35 cents per share.

Despite the recent economic challenges, brought by the outbreak of COVID-19 pandemic, the management of the company still maintains those payments to shareholders. Consequently, at current prices, the dividend yield of the stock stands at 3.1%. This rate of return can be quite attractive for income investors.

As the US Federal Reserve cut its rates back to 0% to 0.25% range, it is nearly impossible to find any Certificate of Deposit (CD) which pays at least 3%. So in those times, dividend-paying stocks might be one alternative to savings accounts and CDs. The payout ratio of the firm is just below 30%. This points to the fact that company dividends seem very secure in the foreseeable future.

The recent economic downturn also had a negative impact on the company’s earnings. According to the first-quarter report, the firm’s earnings during this period fell from $10,286 million to $9,487 million a year ago. This represents an 8% decline, however, the drop in terms of net income was even larger. During the first three months of 2020, this number fell to $1,698 million, 30% lower than back in 2019.

Despite those setbacks, those losses are smaller compared to some other major companies. So as the economy recovers the firm might be well-positioned to return to previous levels of profitability.