Next Shares Fall by 3% after Goldman Sachs Downgrade 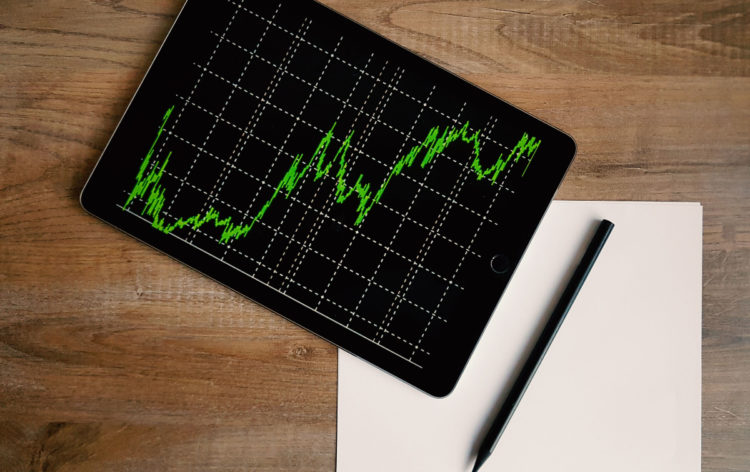 During the Friday trading session on the London stock exchange, the shares of Next PLC have dropped by 3%. The stock previously closed at 5,030p. However, after today’s losses, the shares retreated back to 4,880p level.

The move came as one of the leading investment banks in the world, Goldman Sachs has downgraded the rating of the stock from ‘neutral’ to ‘sell’. According to the Proactive Investor, the analysts at the bank stated that it is highly likely that the revenues of Next PLC will stay flat for some time.

Now obviously, the forecasts of investment bank analysts are not the only factor in determining the future movements of the market. However, this downgrade might send a very negative signal not only to the individual investors but also to institutional investors as well. As a result of this loss of confidence, the Next PLC shares might struggle to recover and return to pre-crisis levels.

Stock Price Performance of Next PLC

In order to get a better visualization of the recent movements of Next PLC’s share price, we can take a look at this chart:

As we can see from the image above, 1 year ago the stock was trading at 5,400p level. During the subsequent months, the stock has made some steady gains, eventually peaking in December 2019 at 7,340p. However, this was proven to be a high watermark of the stock. From this point, the shares stagnated and mostly moved sideways for the next 3 months.

This period was followed by the March 2020 stock market crash, which led to massive losses for the Next PLC shareholders. This sharp decline led to a significant fall in the price. At the beginning of April 2020, the stock was down to a 3,390p level. This means that in less than 5 weeks of trading the shares lost more than 52% of their value.

Now, this panic selling did not persist for a very long time. In fact, during April, the stock started to recover and regain at least some of its losses. This recovery continued on for 3 months, at the end of which the shares were back above 5,600p level. At this point, some traders and investors did expect the stock to eventually return back to December of 2019 highs.

However, those sorts of optimistic predictions were proven to be premature. During the subsequent weeks of trading, the stock lost its momentum and dropped down to 4,880p level. So those market participants who expected for the stock soon to reach new highs, they might have to wait much longer than originally expected.

Current Valuations of Next PLC Stock

At this stage, one might ask a very logical question: Does this recent decline of the stock price made Next PLC shares affordable? Well in order to respond accurately to this issue, let us take a look at some financial indicators of the stock.

According to CNBC, the earnings per share (EPS) indicator of Next PLC shares currently stands at 473.02p. This means that in terms of price to earnings (P/E) ratio, the stock is close to 10.2 level. It seems that the Next PLC shares are still undervalued and if the company management could turn things around and return the firm to former levels of profitability, then the stock has a significant potential for appreciation.

However, at this stage, it is very difficult to predict whether the company leadership will be able to successfully tackle the financial challenges of the firm. In fact, there is no denying that the Next PLC faces some serious issues.

For example, the firm released sales figures from January 25 to April 25. It was indeed full of bad news. During those three months, the full price retail sales of the firm dropped by 52%. The decline in the full price online sales was low and stood at 32%. Total full price sales, therefore, decline by 41%.

The overall picture is better with clearance sales, which only fell by 11% during this period. However, here it is worth remembering that those types of sales are not meant to generate profits for the firm, but rather to get rid of products which consumers did not show much of the interest, without losing a significant amount of money in the process. Therefore it is more important for the firm to raise full price sales, rather than clearance sales.

For the sake of clarity and better visualization, the company also publishes 3 so-called ‘scenarios’ which showed the future projection of revenue changes. The fact that all of those projections fell withing -30% to -40% range, does tell us that most likely 2020 will be a very difficult year for the company. Obviously, as more shops open up and more consumers return back to shopping, this can certainly improve the financial positioning of the firm.

However, it goes without saying that this process will take some time and it might take 1-2 years before the firm will be able to return to its former levels of revenue generation.

So at this stage, we can safely conclude that investing in Next PLC, despite its P/E undervaluation is still a quite risky proposition. In fact, some other companies which lost just 5% or 10% of their revenues are already struggling to raise capital to survive this economic downturn.

Finally, the company pays a total annual dividend equivalent of 167.5p per share. This means that at current prices, the dividend yield of the stock is close to 3.4%. So this can be quite an attractive rate of return for investors, especially considering the fact that the Bank of England keeps rates at 0.1%, while the US Federal Funds rate is still within 0% to 0.25% range.

Finally, it is worth noting that the firm has a history of progressive dividend policy which goes back to at least 2000. Therefore, this stock might be a viable option for an income orientated portfolio.