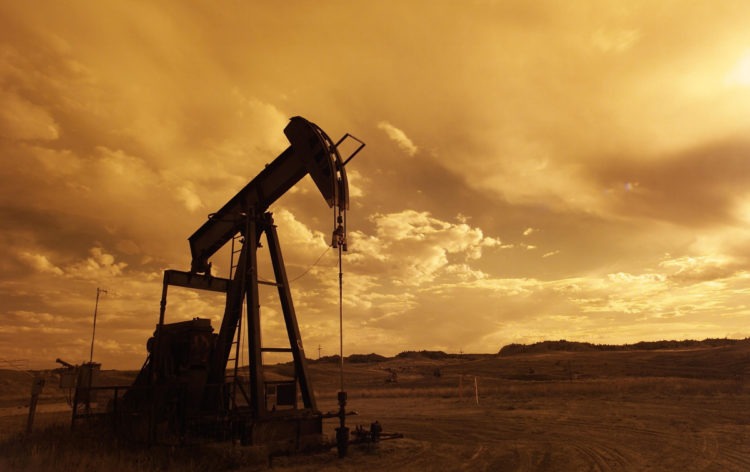 As the New York stock exchange opened for trading on Monday, the Occidental Petroleum Corporation (OXY) stock has gained 4%. During the previous week, the shares fell significantly, eventually closing at $12.95 on Friday. However, today the stock regained some of its losses and eventually reached $13.61.

For years, the Occidental Petroleum Corporation was quite a solid dividend-paying company. For example, adjusting for the stock splits, in 1995 the firm’s quarterly payment to shareholders amounted to just 6.5 cents per share. By 2019, the dividend reached 79 cents per share. This represented a massive 11% average annual increase in payouts to shareholders. Such a high level of growth is indeed impressive.

Despite this achievement, it eventually turned out not to be sustainable. The main reason behind the recent selloff was the firm’s recent announcement. Firstly, on March 10, the management cut quarterly payouts to just 11 cents per share, representing a 86% reduction. As if this was not enough, the firm recently announced that it was cutting the dividend to just 1 cent per share.

As one can imagine, this did not go well with investors. As we can see from this chart the Occidental Petroleum Corporation share was in a long term downtrend even before the outbreak of COVID-19 pandemic. The price fell from $50 in August 2019 to just $40 in the middle of February. However, the true collapse came some days before and after the dramatic dividend cut. Just in one month’s time, the stock lost 3/4 of its value, dropping to $10. During the subsequent months, the shares did manage to regain a small portion of their losses and nowadays trade close to $14 mark. Consequently, the current price is roughly 65% lower than back at the beginning of February.

What was Reason Behind Dramatic Dividend Cut?

To find out the first reason why the firm is experiencing tough times, we do not need to take a detailed look at the company’s finances. All it takes is to check the recent oil price dynamics. By the end of 2019, the WTI Crude oil traded just above $61. By the end of the first quarter of 2020, it went all the way down to $20. The next month, April was also very devastating for oil companies, with the price of a commodity even going negative at one point.

The only relatively sustained recovery came in May, by the end of which WTI Crude oil reached $35. Obviously, this is much better for the oil firms, than before, however, still, the majority of them are struggling to restore their profitability. Even at the current price, the WTI Crude oil is 43% ower, then at the beginning of the year.

The second reason for the misfortunes of Occidental Petroleum Corporation is the sheer amount of losses. According to the first-quarter report, the firm announced the net loss attributable to common stockholders of $2.2 billion. During this period the oil and gas pre-tax income amounted to $179 million. Just for the sake of comparison, in the fourth quarter of 2019, this number was at $921 million. Consequently, this shows that the firm lost more than 80% of its income from this source.

Now the reason for this sharp decline was twofold. Firstly, as mentioned before the fall in oil prices had a very negative effect on the company’s revenue. However, the problems did not end there. Governments around the globe implemented measures, significantly limiting the movement of people because of lockdowns and other restrictions. Consequently, many people kept their cars on the parking lots most of the time, consuming much less fuel than before. As a result, for oil companies, the actual volume of sales also fell dramatically as well.

Can Stock Recover from Recent Losses?

As we can see the financial situation of the firm is very challenging. In fact, one can argue, that the management is actually fighting for the survival of the company. To achieve this, the senior executives of the firm implemented a number of measures. According to the first-quarter report, the firm reduced its capital expenditure dramatically. The original plan called for approximately $5 billion in spending for this category. However, the size of this capital program was cut roughly in half and now it is expected to be $2.4 billion – $2.6 billion. Therefore, from this measure, the firm can save at least $2.4 billion, which can help to offset most of its recent losses.

The report also states that the company identified $1.2 billion in operating and overhead cost reductions. Those cuts will take place before the end of 2020, saving more money in the process. The company does not mention the expected number of job cuts, however, at this stage, the management laying off thousands of employees seems very likely.

According to CNBC, the current loss per share of the company is $4.20. So clearly, the firm firstly needs to return to profitability, before we could analyze its stock price on a P/E basis. The current dividend yield of OXY is around 0.3%. It goes without saying, that this is not really attractive to income investors. Some online banks still offer up to 1% yield on their Certificates of Deposit, so it makes very little sense to instead invest those funds for a 0.3% return, risking the principal in the process.

As for growth investors, the current rate only represents 1/3 of the February Price, so it might seem undervalued. However, it is still difficult to forecast whether the management will be able to turn things around and return the firm to profitability. Therefore, the future prospects of the stock are very uncertain.