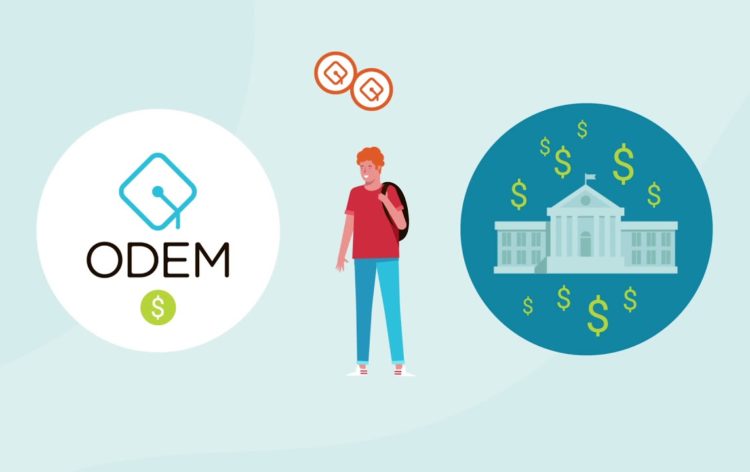 Odem might not be the most famous cryptocurrency out there, but its price movements are definitely setting it apart from the rest as the crypto becomes one of the biggest gainers of today with an increase in the price of over 4%. Unfortunately, this doesn’t necessarily mean that there’s a buy signal for the asset. On the contrary, we consider it to be a good opportunity to go short.

In August, the price of the cryptocurrency reached local long-term highs at the level of about $0.54. After that, it began to decline continuously before October and November when there was a bullish correction. While the correction lasted for quite some time, we think that it ended recently causing us to expect more decline in the future. There are some technical elements that reinforce this opinion. There was a double top formation traced out by the price recently, which is usually a signal to go short. Furthermore, the price has recently breached a mid-term uptrend line shown on the graph above in red as well as a yellow horizontal support at $0.2. What’s even more convincing, the price has already tested these levels as resistance. All of this leads us to take a negative stance on the price and expect more decline as long as the price is below the red dynamic resistance. As for the targets, we believe October lows to be a reasonable destination at the moment.