Home-Trade Insider-Stocks-Pfizer Up, as Covid-19 Cases Increase Around the World
Stocks
by Harry Davies on October 19, 2020

Pfizer Up, as Covid-19 Cases Increase Around the World 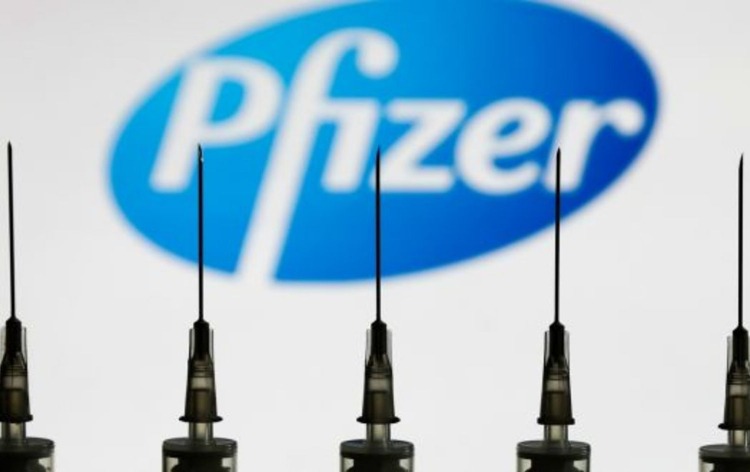 Recent movements on the market show that the prices of the shares of a very famous company called Pfizer are up. Experts are saying that one of the major reasons for the changes is the fact that the Covid-19 cases around the world are increasing significantly.

Coronavirus has started spreading around the world again at a very fast pace, most of the countries around the world have already announced that the second wave has already started, some have even made further decisions on the regulations and restrictions, which has resulted in a huge part of the economies around the world being closed down.

This includes countries like France, for example, where, recently, more than 30,000 cases of coronavirus were reported in just over 24 hours, which has led the country to adopt additional restrictions. Recently, the company has announced that it has started manufacturing Covid-19 vaccines, ahead of expected approval. This has made the prices of the shares of the company to increase significantly. The company is saying that it is waiting for approval on the vaccine for around November.

Pfizer represents one of the top American multination pharmaceutical corporations, which is headquartered in New York. The data from 2012 shows that it was the world’s largest pharmaceutical companies and ranked 57 on the 2018 Fortune 500 list of the largest US corporations by total revenue.

As the changes on the market indicate, the past 5-day change of the company stands at 3.15%, also, the price/earning Tom stands at 12.69, which is a pretty good deal if you are planning to buy a share of the company. So, as of now, the company is in a pretty good situation for investors, so those who want to start investing in this market should pay attention to these changes.

The chart shown above indicates the changes in the prices of Pfizer. From the chart, it can be seen that the company, just like many others as well, had to go through some tough situation during the first wave of the Covid-19 pandemic. In March, during the peak of the virus, the prices of the shares of the company have dropped significantly. Over several months after this, the company has seen some increase. May and June were very much successful for the company, but in July, the prices started dropping again.

Since then, however, the prices started increasing again, and now, for the past several days, the company has been very successful. Recently, this pharmaceutical giant has signed an agreement with the government of the United States, as a result of which, the company will be producing millions of Covid-19 vaccines, even before they are deemed safe and effective.

Pfizer also announced that it expects to file for emergency use authorization for the coronavirus vaccine in late November. The representatives of this giant company have claimed that they are hoping to make as much as 100 million doses of the vaccine available this year, and in 2021, the number of vaccines is planned to be more than 1.3 billion.

These recent development have affected the prices of the shares of the company a lot, and many experts are claiming that the situation will be getting even better for this giant. Those who are planning to trade stocks of this company should make sure to stay up to date with the changes in the market.

Coronavirus around the world

Most of the countries in Europe have seen massive growth in the number of daily Covid-19 cases, especially France, which has recently reported more than 30,000 new cases in just 24 hours. Because of this, the leadership of the country announced new regulations and restrictions. Several cities in France are now in full lockdown.

Also, even Sweden, which had totally different politics regarding the virus, has announced that the country is working on new restrictions to fight against the spread of the virus in the country. The country has been known as one of the only places around the world that had not adopted much of regulations during the pandemic.

Also, the virus is spreading in the USA at a very fast pace as well, around the world, there already are more than 40 million cases of Covid-19 reported.