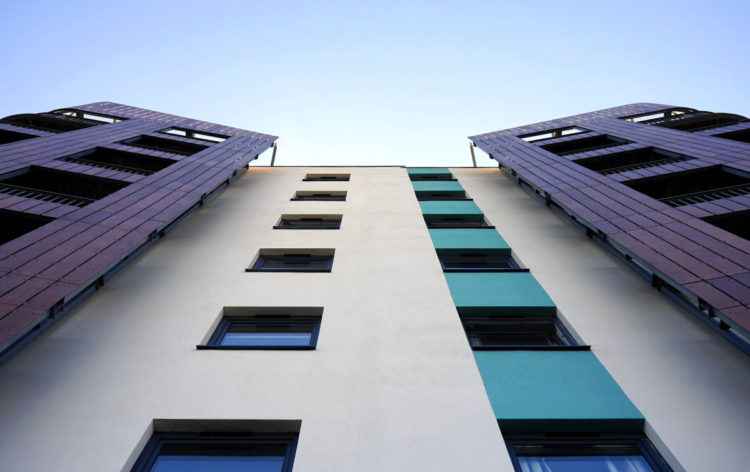 During the Thursday trading session on the London stock exchange, the Rightmove stock has fallen by 3%. Yesterday it closed at 553.20p. Today the stock opened much lower at 542.4p and during the first trading hours dropped further down to 537p.

This move came after the firm’s management announced the decision, according to which the company extended agency discounts until September 2020. According to the UK financial news outlet, the Proactive Investor, the real estate agents throughout the United Kingdom benefit from a 75% discount from April until July.

In August, the agents in England will receive a 60% concession from the company and in September this will amount to 40%. When it comes to Rightmove’s customers in Scotland and Wales, the scheme is different. Those real estate agents will receive a 75% discount in August 2020 and 60% in September.

According to the company statement, this decision was aimed at supporting the revenues of real estate agents. The industry has suffered serious losses, due to the economic downturn caused by the outbreak of the COVID-19 pandemic, as well as due to subsequent lockdowns, business closures, and travel restrictions.

Rightmove PLC is a UK company, with its headquarters in London. The firm runs a website called rightmove.co.uk, which represents the largest online property website in the country. Connecting thousands of buyers and sellers across the United Kingdom. Therefore, the real estate agents are one of the largest clients of the company, and collapse in this industry can do irreparable damage not only to the UK real estate market but also to Rightmove’s revenues as well.

Therefore, granting significant discounts to real estate agents was a precautionary step, to make sure that those major clients in the future will be in a position to continue cooperation with Rightmove. With this decision, it is more likely that the majority of those real estate agents will manage to stay in business. Also because of the benefits of those concessions, those clients are now less likely to defect to Rightmove’s competitors in the future.

Despite all of those long term benefits, which we have described above, the reality of the matter is that in the short term, the company must take some losses. According to Proactive Investor, the total loss of revenue due to those discounts from April until July can reach £75 million. In addition, the total cost of extending those concessions until September 2020, might cost up to £20 million. This means that in total, by the end of September, the company might lose up to £95 million in revenue as a result of those concessions.

Despite some long term benefits of these decisions, it seems like that the investors were not delighted with the prospect of the company losing tens of millions of pounds in such a short period of time. As a result, they sold those shares and depressed the price in the process.

This reaction seems logical, since those sums, mentioned above, represent a significant portion of the company’s income. For example, as the official annual report of the firm suggests, during 2019, the total yearly revenue of the company has reached £289.3 million. This suggests that as a result of those latest losses, the firm can lose up to 33% of its revenue. For some business models, losing 1/3 of its revenues can be a devastating blow, from which they can only recover with great difficulty.

However, when it comes to Rightmove PLC, that might not necessarily be the case. The company report also mentions that the annual underlying profit has reached £219.7 million. This means that the company’s yearly regular business expenses in 2019 were around £70 million.

Therefore, if the company takes £95 million hit with its revenues, it can still end up with £124 million in profits. So as we can see the management has plenty of safety of margin, in order to prevent the firm from ending 2020 at loss. Consequently, this might suggest that the recent move in the market was influenced by panic selling and might have very little to do with the fundamentals of the business.

As we can see from the chart above, after some temporary setback in July 2019, the stock has steadily risen from August in that year, until February 2020. During this period the shares have jumped from 500p to 701p. Despite this development, the stock fell victim to panic selling during later February and March 2020. The result of this was that the stock has dropped all the way down to 400p. Despite those losses, the stock has recovered and now trades close to the 540p level.

According to CNBC, the Earnings per Share (EPS) indicator of the company stands at 19.58p. This means that the Price to Earnings (P/E) ratio of the stock is around 27.4. This suggests that at current prices the shares might be a bit expensive. This does not represent some cases of extreme overvaluation. Yet, if we take into account the fact that the company loses tens of millions of pounds in revenue, this can certainly reduce EPS and push the P/E ratio even higher.

During the previous year, the total dividend payments of the company amounted to 6.8p per share. However, due to recent economic challenges, the board of directors has decided to suspend those payouts until further notice.

If at some point the company decides to reinstate those payments, then dividend yield at current prices would be at 1.3%. This is not a very attractive return for income investors. The reason behind this is the fact that they can still get similar rates from fixed-income investments, where unlike in the stock market, they would not be risking the principle of the invested amount. So at current prices, this stock might not offer the best deal to investors.