Home - Trade Insider - Stocks - Royal Bank of Scotland (RBS) Shares Recover From Selloff, Up by 5%
Stocks
by Zviad Maisuradze on May 8, 2020

Royal Bank of Scotland (RBS) Shares Recover From Selloff, Up by 5% 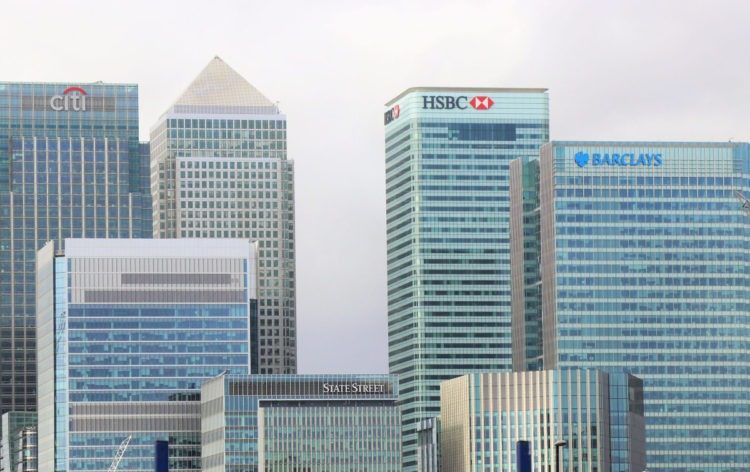 As the markets are coming to a close in London, the shares of Royal Bank of Scotland (RBS) have risen by 5.45% to 114.1 p. The outbreak of COVID-19 and its negative effects on the economy led to an increase in bad loans. According to the recent quarterly report, the bank profits fell to £519 million, 49% lower than a year ago. One of the reasons for this outcome is that RBS set aside £802 million to confront the potential losses from non-performing loans.

The company is also active in helping customers to weather the storm of economic downturn. The Bank gave 190,000 of its clients a break on mortgage repayments.

Very recently the bank of England requested that UK banks suspend the next dividend payment in order to help the wider economy. The Royal Bank of Scotland among many other financial institutions has agreed to this.

At one point just before the great recession, the RSB was the largest company in the world by assets. Adjusting for share consolidation of 1:10, the stock was trading above 6,000 p (£6.00) back in 2007. However, the overextension, as well as the huge expense of ABN Amro acquisition brought the company at the brink of bankruptcy.  At that point, this was not just a problem of RBS shareholders, but such bank failure could affect the entire UK economy. Facing the potential disaster, the British government agreed to bail out the institution by spending £45.5 billion and took over 80% of the firm.

Can Royal Bank of Scotland (RBS) shares Ever Return to pre-2008 levels?

For the next few years, the RBS stock was mostly confined withing a 200p to 400p range. At one point the UK government did sell some of its shares and reduced its holdings to 62%. In 2018 the company returned to paying dividends. The management have rewarded the patient owners with not only ordinary payouts but with special dividends of 7.5p and 12p as well.

However, as COVID-19 pandemic concerns dominated the market, the RSB fell dramatically. Nowadays it is worth just 114.1p. So how cheap is this stock? Well, the latest Earnings per Share stands at 22.5p. So the Price to Earnings ratio is 114.1/22.5 = 5.07. Indeed such undervaluation of the major stock is very rare. This might be one of the reasons, why some investors purchased RBS shares and drove the price up by more than 5% in a single day.

As for future dividends, it is not clear, whether this suspension is just a one-off decision. However, we can not rule out that if the situation improves, the bank might resume its 5.5p per share payout to shareholders. In this case, the dividend yield would be 4.8%.

The Royal Bank of Scotland did have its fair share of failures and disappointments. However, the current stock price seems quite cheap and attractive. Also, the management of the company did demonstrate the commitment to reward its patient shareholders. There is no evidence so far to suggest that this policy might change in the foreseeable future. Therefore, one could argue, that at current prices, RBS shares might represent an undervalued opportunity.